Iran’s accession to the Eurasian Union would be just the icing on the cake. 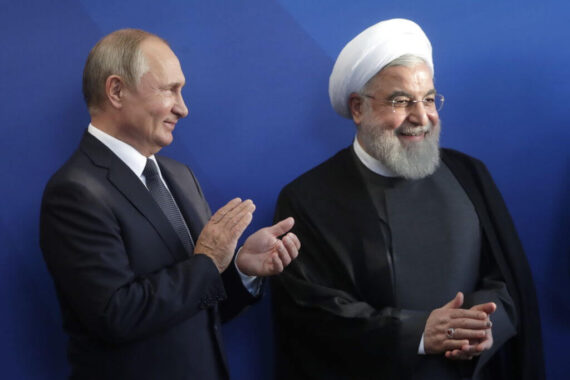 Russia's President Vladimir Putin (L) and Iran's President Hassan Rouhani during a ceremony to sign an agreement between the Eurasian Economic Union (EAEU) and Singapore. Photo by Mikhail Metzel, TASS via Getty Images

Iran plans to join the Russia-led Eurasian Economic Union (EAEU). Although EAEU officials claim they have never received any formal requests from Tehran, the Islamic Republic hopes to become the sixth member state of the alliance very soon.

For Iran, the best way to counter the U.S. sanctions is to strengthen economic ties with the Eurasian Union – a supranational entity that was created on the basis of the Customs Union of Russia, Kazakhstan, and Belarus in 2014. Armenia and Kyrgyzstan joined the EAEU in 2015, which was when the enlargement process stalled. However, in October 2018, the Eurasian Union signed a free trade agreement with Iran. The trade balance between the bloc and the Islamic Republic has been growing ever since.

Despite the COVID-19 pandemic, the total turnover between Iran and the EAEU increased by two percent in 2020 and exceeded $2 billion. Food products and raw agricultural materials accounted for about 80 percent, or $939 million, of the volume of supplies from EAEU countries to Iran, more than half of which – $609 million – fell on grain.

In turn, similar goods accounted for most of the supplies from Iran to the union – 68 percent or $575 million. Moreover, according to Iranian officials, Iran’s exports to Russia, the de facto leader of the EAEU, have increased by 40 percent, and a financial trading hub and a logistics center were planned to track customs and contracting issues.

Iran’s parliament speaker Mohammad Baqer Qaliba visited Moscow on February 10 and said that Iran would “permanently join the EAEU in two weeks.” Given that Qaliba is a potential candidate in the upcoming Iranian presidential elections scheduled for June 18, it is debatable whether his rhetoric should be taken as part of the election campaign or as a serious announcement of Tehran’s long-term geopolitical goals.

In any case, there is no doubt that Iran, faced with the U.S. sanctions, is keen to join the Eurasian Union as soon as possible. However, it remains highly uncertain if this organization is ready to let Tehran into the post-Soviet integration space. Mikhail Myasnikovich, the chairman of the board of the Eurasian Economic Commission, said that the Eurasian Union wants Iran to have “a special view on cooperation with Eurasia.”

No doubt, faced with the U.S. sanctions, Iran is keen to join the Eurasian Union as soon as possible.

That, however, does not necessarily mean that Iran will join the EAEU anytime soon. Also, according to Iya Malkina, aide to the chairman of the board of the Eurasian Economic Commission, “There have been no requests for Iran’s accession to the Eurasian Economic Union.” Such a statement could mean that the Islamic Republic will have to deal with bureaucratic procedures and may have to wait a while to become a full-fledged member.

Tehran’s potential membership in the EAEU would undoubtedly improve Iran’s economic and political position in the global arena. Such an action would likely allow the Islamic Republic to neutralize, at least partially, the cost of U.S. sanctions. It could also force the Joe Biden administration to be more flexible in the future negotiations on Tehran’s nuclear program. Also, given that the UN Security Council embargo on conventional arms shipments to Iran expired in October 2020, the Kremlin and the Islamic Republic could eventually strengthen their military ties.

It is no secret that the Islamic Republic is interested in purchasing the Russian S-400 anti-aircraft system and SU-30 fighter jets. It remains to be seen, however, if Russia will agree to such sales. In the past, Russia refused to sell sophisticated weapons to Iran, bending to pressure from the United States and Israel. Indeed, it is Israel that would not look favorably upon the Kremlin’s supply of arms to Tel Aviv’s major regional opponent.

It is a well-known fact that Moscow is actively making deals with the Jewish state. The two sides reportedly reached a deal on a prison swap to free a Jewish-Israeli woman held in Syria in exchange for the release of two Syrian prisoners by Israel. There are also speculations that Russia and Israel are negotiating on not only humanitarian issues, but also wider regional arrangements.

The Kremlin is trying to secure its own geopolitical interests in the region while balancing between Tehran and Tel Aviv.

Indeed, in early February, Israeli Prime Minister Benjamin Netanyahu spoke with Russian President Vladimir Putin about regional issues and the continued Russia-Israel coordination in light of security developments in the Middle East. Although Moscow has often been accused of acting as an ally of Israel, despite its formal alliance with Syria where Israeli forces regularly conduct airstrikes on Iranian targets, the Kremlin is trying to secure its own geopolitical interests in the region while balancing between Tehran and Tel Aviv.

There are indications that Moscow seeks to establish an alternative pathway to the markets of the Middle East. That could be one of the reasons why the Kremlin strongly supports the construction of the Nakhchivan corridor – a land route connecting not only Azerbaijan to its Nakhchivan exclave located between Turkey and Armenia, but also Russia and Iran. A future rail link between Russia and Iran, passing though Azerbaijan and Armenia, is expected to have a serious impact on economic relations between Moscow and the Islamic Republic.

Furthermore, a rail link could help Iran strengthen its ties with other Eurasian Union member states. For instance, Armenia is hoping to benefit from Iran’s accession to the Eurasian Union. A delegation of Iranian majlis is expected to visit Yerevan soon to take part in a meeting of the Armenian-Iranian parliamentary group of friendship. Also, Kazakhstan’s experts believe that, from an economic perspective, Iran’s potential membership in the EAEU will have a huge impact on the economy of the Central Asian nation.

For Russia, Iran’s trump card is probably its sea, namely the Indian Ocean. In order to get an access to sea trade routes, Russia has fought bloody wars for centuries. With Tehran joining the Moscow-dominated Eurasian Union, the alliance would go beyond the post-Soviet borders and the Russian Federation would likely increase its influence in the Middle East.

On the other hand, from Russia’s perspective, the potential membership of Iran in the EAEU would, at least to a certain extent, limit Moscow’s influence in the organization where the Islamic Republic would be the second-largest country. Nonetheless, in order to join the club, Iran would have to end its state protectionism for the EAEU member states, which would be a painful measure for a nation whose tariff protection policies remain at a very high level.

Finally, it is worth noting that all EAEU member states are part of the Commonwealth of Independent States formed following the dissolution of the Soviet Union in 1991. That is why the EAEU is mostly viewed as a project for the integration of the countries of the former Soviet Union. Russia, undoubtedly, plays a major role in this process. Given that both Iran and Russia are currently facing U.S sanctions, they will likely continue developing economic and political relations. Thus, Iran’s accession to the Eurasian Union would be just the icing on the cake. 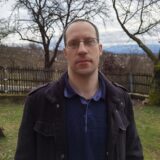