Steadfastness is on display throughout this collection of essays. Writings born of fire are keeping the lights on in Gaza and all of Palestine. 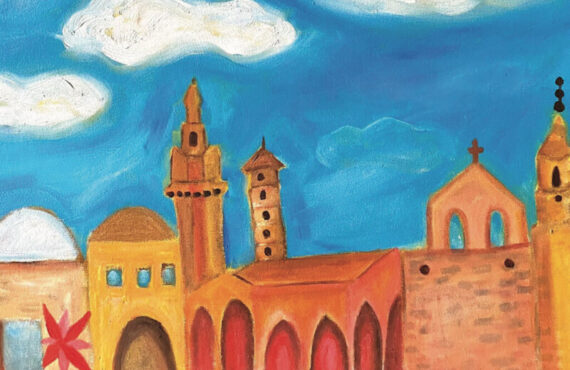 Book cover of Light in Gaza. Photo by Haymarket

Light in Gaza: Writings Born in Fire (2022) is a book of, by, and for Palestinians. And that is precisely why everyone can learn from it.

Conceived and created out of a desire and a need to tell their own story, the authors assembled in this collection of essays represent Palestinian journalists, artists, writers, and academics who are engaged in a variety of disciplines, including architecture, artificial intelligence, economics, history, and literature.

What they all have in common is lived experience in Gaza under Israel’s brutal massacres and colonial occupation. What they all rightfully resent is being repeatedly portrayed in the media merely as numbers, as victims with no agency and no voice. Imagine seeing yourself or your loved ones constantly depicted in news accounts as a statistic, falling under the categories of dead or injured, your house damaged or destroyed, your neighborhood obliterated or somehow still intact. The figures themselves are in a way dehumanizing because they can never convey the lives of those you lost—your children, parents, grandparents, siblings, friends, and neighbors—let alone your own trauma and nightmares.

That Palestinians have long been denied “permission to narrate,” as the Palestinian intellectual Edward Said put it, has at least been acknowledged in Western circles for some time now, even though it still must be fought for. Palestinian narratives are beginning to achieve reliable though limited outlets, but a solid infrastructure capable of sustaining those voices is yet to be firmly in place.

This anthology of writings, however, seeks to go beyond “permission to narrate,” as one of the editors, Jehad Abusalim, puts it in the Introduction. Instead of merely narrating, the editors—all connected with the American Friends Service Committee (AFSC), including veteran Palestine solidarity activists Jennifer Bing and Michael Merryman-Lotze–and the authors seek in the words of Abusalim “to inspire action and offer a glimpse of hope,” and maybe even “provide an exercise in imagination.”

That the exercises in imagination sometimes appear counterintuitive and unexpected is a confession this reviewer has to make. One such exercise, “Ethical Implications of Experimental Design on Affected Communities in the Gaza Strip,” by the award-winning architect Salem Al Qudwa is a case in point.

Al Qudwa begins the essay by pointing to the lack of Palestinian agency in recovery and rehabilitation efforts following the deadly Israeli bombardments on the densely populated Gaza Strip in 2008-2009, 2012, and 2014 when 100,000 homes were destroyed or damaged. So much of Palestinian culture is based on the extended family, he notes, and yet when international aid agencies and other donor groups arrive to help rebuild, they seek little Palestinian input and ignore Palestinian culture, building units that isolate and break up families even further, adding to the trauma and sense of powerlessness.

So far, so good. But when the author announces that he seeks “to empower Gazans, making them self-sufficient and able to use existing resources without having to rely on Israel or other external sources for building materials,” this reviewer sensed a disquieting feeling. Isn’t the whole point to end the blockade and occupation and ultimately liberate Palestine? Isn’t the struggle inherently and wholly political? And isn’t an effort to build housing self-sufficiently merely an attempt to ameliorate an awful situation that can only be fully remedied once liberation comes?

Yet, as I read on and the author explained further the key importance of community planning in housing restoration, it suddenly dawned on me. So much of Palestinian resistance is based on sumud (Arabic for steadfastness). Al Qudwa’s “exercise in imagination” that resulted in the building of 167 houses was in fact designed to strengthen Palestinian families and culture. It represented “a matter of dignity and empowerment,” as he put it, and thus contributed to sumud , to the ability to carry on the struggle relentlessly.

Read: Border and Rule: Global Migration, Capitalism, and the Rise of Racist Nationalism

Similarly, the poet Mosab Abu Toha’s essay, “Exporting Oranges and Short Stories: Cultural Struggle in the Gaza Strip,” explores his personal attempts to resuscitate libraries, art, and cinema in Gaza following Israel’s bombing of the Islamic University of Gaza in 2014, which included the destruction of its library. Abu Toha became particularly motivated to replenish children’s libraries, knowing that children make up half of Gaza’s population and suffered intense fear during the bombings.

Not all of the essays in this collection depict projects. Many describe in depth the manifestations of the Israeli government’s barbarity and its efforts to strangle Gaza and its resistance.  Every essay in this anthology is effective at describing these methods of control, particularly Suhail Taha’s “People’s Light in Gaza’s Darkness,” which details how Israel‘s control of electrical power to Gaza is an attempt “to break the people of Gaza.” Yousef M. Aljamal’s “Travel Restrictions as a Manifestation of Nakba: Gaza, the Path Backward Is the Path Forward.” exposes how the lack of freedom of movement for Palestinians represents Israel’s ongoing ethnic cleansing, which has never ceased since the 1948 Nakba (Arabic for catastrophe) when Zionist paramilitaries expelled more than 750,000 Palestinians from their homes and villages, creating the refugee population that is still the major component of Gaza’s population to this day.

It’s left to Palestinian artist Shahd Abusalama and physiotherapist Basman Aldirawi to address how to get to liberation in their respective essays “Breaking the Vicious Cycle of Permanent Temporality” and “Gaza 2050: Three Scenarios.” Abusalama stresses the importance of “a decolonial strategy,” “a one-state vision,” and the right of refugees to return to their homes. Aldirawi further explores the one-state solution and the deficiencies of a two-state approach.

Steadfastness is on display throughout this collection of essays. Writings born of fire are keeping the lights on in Gaza and all of Palestine.

“Is It Our Turn to Die?”: Being a Mother in Gaza

Rod Such is a former journalist and retired encyclopedia editor. He is active in decolonization campaigns.

Also Read
China and the Middle East: Is Turkey a Gateway for a New Political Alliance?