Unfortunately, I am pessimistic as I watch the events unfold in Tunisia. With regret, I feel that the chances of the coup succeeding are significantly greater than it failing. 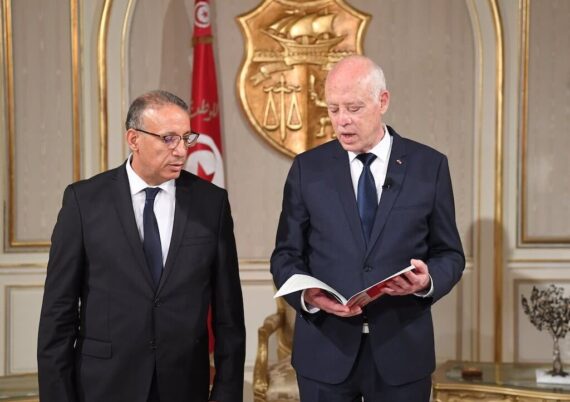 Let me be clear from the beginning: what happened in Tunisia on July 25, 2021 is a coup against the constitution. There is no doubt about it and no argument.

As for the decision of the coup, it was not taken in haste on the Sunday before last nor was it a reaction to the widespread protests taking place that day. There is no doubt that Kais Saied has been planning this coup from at least the beginning of this year, which means that he had already consulted with the army leadership and secured the necessary support before taking these drastic measures.

There is no direct material evidence that there is any foreign involvement in Saied’s decision to embark on this coup. However, there is an important question to be asked: Kais Saied is over sixty years of age, a university lecturer, and was able to win the presidential elections. Is it reasonable to believe that he would suspend the parliament and move to monopolize all of the state’s power in his hands without having coordinated in advance with foreign powers such as the French president to secure international support, and then with Saudi Arabia and the UAE to secure the necessary financial support to cement his coup?

Moreover, there is much to be gleaned from the international response to the coup. U.S. Secretary of State Antony Blinken’s first public words on the coup were, “I had a good call with President Kais Saied.”

These words indicate that the U.S. administration will not seriously obstruct Saied’s plans to change the political course in Tunisia. The Americans are not interested much in competing with France for influence in Tunisia, and have far more important issues such as Afghanistan, Iraq, China, Russia, and COVID-19.

The social and economic situation in Tunisia has deteriorated significantly since 2011.

Yet it cannot be denied that there is significant popular support for Saied’s decisions. The social and economic situation in Tunisia has deteriorated significantly since 2011. Over the course of the past two years, the newly elected parliament, and the two governments which were bestowed with its vote of confidence, have resoundingly failed to improve the lives of ordinary citizens – just as the previous governments before it. The situation has been compounded by the COVID-19 pandemic that has ripped through the country with devastating impact.

Read: Tunisia in a Predicament: Echoes of the Tunisian Revolution Lingering

The harsh living and social conditions, which have only become worse since 2011, have made many Tunisians today indifferent towards democracy and its institutions, and deeply resentful of the parliament that symbolizes it.

The image of the parliament in the eyes of the Tunisians has also been badly tarnished in recent times by the never-ending public bickering between the elected deputies of both Abir Moussi’s Free Destourian Party and Al Kamara Alliance.

The chaos and mayhem caused by these public spats on the parliament floor that have been regularly broadcast on national television, and the inability of the speaker of parliament to impose order have contributed significantly to the popular opinion that the parliament as it is today is an ineffective institution and obstacle to delivering the solutions Tunisians need.

Naturally, this has exacerbated already existing frustrations that were on full display on July 25 as people took to the streets, and inevitably facilitated the environment in which Kais Saied has been able to embark on his coup. 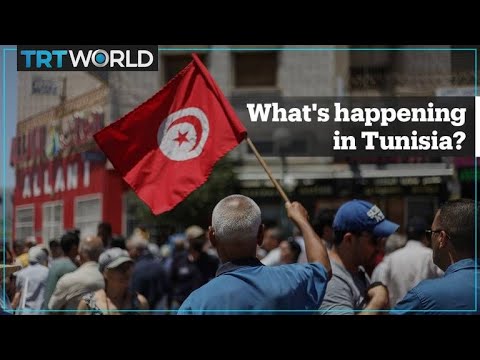 VIDEO: Why is Tunisia struggling to build a sustainable democracy?

President Kais Saied’s coup against the constitution has, of course, significant effects at home, as well as in Tunisia’s regional surroundings, particularly with regards to neighboring Libya. Among the countries that supported Saied’s measures immediately after they were announced, are two countries that have great interests in Libya, which outweigh their interests in Tunisia – namely, Egypt and the UAE.

President Kais Saied’s coup against the constitution has significant effects at home as well as in Libya.

The leaders of both countries fully understand that Tunisia is a lifeline for the Tripoli government, and that if a regime closer to them is established in Tunis, and they have a tangible influence on it, it will be possible to tighten the noose around the Tripoli government in coordination with their ally Haftar who is ever-present in the east.

Two years ago, Khalifa Haftar was about to enter Tripoli victorious, after he had besieged it with the support of Egypt and the UAE. But, Turkish support and an open border with Tunisia, where the Ennahda movement has enjoyed an advanced political position, saved Tripoli and its rulers from defeat.

But now that Ennahda has been removed from power with the coup of Saied, Egypt and the UAE may hope that what they failed to accomplish in 2019 can now be achieved in coordination with a friendly regime in Tunisia, and with more support for their ambitious Libyan ally, General Hafter.

Of course, the governments of Egypt and the UAE also have a strong alliance with France, with whom they share mutual interests and cooperation on regional issues, and in particular Libya: oil for France; the employment of Egyptian workers and the granting of construction contracts to Egyptian companies for the el-Sisi regime; and uprooting the Muslim Brotherhood movement and ending its presence in Libya for the UAE (which Egypt and France also want to see).

It is very clear, then, that the Tunisian coup has a strong relationship with the Libyan issue. This naturally leads us to consider Algeria, Tunisia’s most important neighbor, and how it will react to the Tunisian coup and its repercussions in the region.

There are no official Algerian statements that can be relied on to know the actual mood among Algerian policymakers. However, there was a call between the Tunisian and Algerian presidents on July 26 and a visit by the Algerian foreign minister to Tunisia the next day, during which he met with Saied.

Algerian comments on social media and press leaks indicate that Algeria will not accept the control of Tunisian foreign policy by Egypt and the UAE – a control that would seek to facilitate Haftar’s bid to gain control of all of Libya’s regions. Algeria views Haftar as an opponent, and he, in turn, reciprocates this stance. Algeria also sees the UAE as an antagonist in the region. Abu Dhabi has established a consulate in the disputed Western Sahara, much to the chagrin of Algiers. Coupled with the normalization of ties with Israel, the intention of the UAE to flex against Algeria by drawing on international support in favor of Morocco is clear.

On this basis, Algeria may put pressure on Saied not to dissolve parliament and not to overextend the period afforded to him to wield emergency powers in order to preserve the position of the Ennahda movement in the Tunisian political scene, and thereby to ensure there is a check on the governments of Egypt and the UAE that prevents them from exercising influence on the foreign policy of Tunisia.

These are my preliminary notes on the coup that took place in Tunisia on July 25, 2021. There is not an iota of doubt in my mind that it is a coup and a violation of the constitution. Chapter 80, on which Kais Saied relied, clearly prevents him from dissolving the parliament, suspending it, and dissolving the government – Saied has done all this and more.

I personally have expressed extensive criticism of the last government and of Ennahda’s policies. When the Popular Petition movement, which I founded in 2011, came third in the elections of 2011 with 28 seats (and a resounding first place in the cradle of the revolution that is Sidi Bouzid), Ennahda refused any dialogue with us, let alone any form of cooperation to build a new Tunisia. When I came fourth in the 2014 presidential elections and a resounding first once more in the revolution’s birthplace of Sidi Bouzid, I was ignored once more in the new political system in which Ennahda was a major party. My supporters, among them many of those that sparked the revolution, are still exceptionally bitter at Ennahda’s display of disdain.

Yet, despite this history of bitterness, I outright reject the coup of Kais Saied from an ethical and principled standpoint. I believe that if it succeeds, it will return Tunisia to the club of Arab dictatorships.

Unfortunately, I am pessimistic as I watch the events unfold. It is with regret that I feel that the chances of the coup succeeding are significantly greater than it failing. 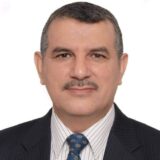 Also Read
Crises in Morocco and Tunisia: Is This Really the End of Political Islam?
We use cookies to optimize your online user experience. To learn about our use of cookies and how you can manage your cookie settings, please see our Privacy Policy. By continuing to use our site you are excepting our use of cookies.Accept Cookies & CloseMore Info