People are not more fervent believers than they used to be, but their identification to religion has certainly shifted, creating a conjunction of religious and political identities that facilitate political mobilization and sometimes radical actions. 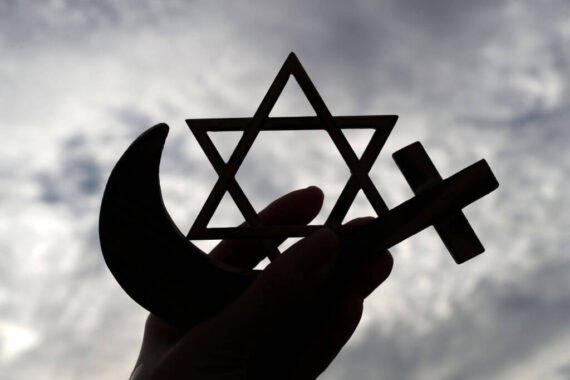 The end of the Cold War in the 1990s and the emergence of religiously motivated political groups on the international scene, made us aware of the role of religion in international conflicts. The Clash of Civilizations written by Samuel Huntington around this time, became central to decipher the political role of religion. Although it has been invalidated by numerous surveys that show that actually clashes occur mostly within civilizations (which are far from operating as homogenous monoliths), the thesis nevertheless remains politically influential.

In the current international context, this simplified vision of religion on the international scene has led to the exclusive focus on Islam and terrorism. This contributes to the misleading perception, that the scope and reach of terrorism in the name of God has grown out of control, that this violence is inspired by the specifics of the Islamic tradition and resilient to usual forms of compromise or negotiation. The reality is that all religious traditions can partake into political violence and challenge democracy.

Case in point: in the 1960s, the Catholic Church was seen as a major obstacle to democratization because of its support to authoritarian and military regimes from Franco in Spain to Pinochet in Chile. The ongoing radicalization of Buddhism in Myanmar or Hinduism in India are highlighting that shift to radicalism that can affect all traditions, not to mention the rise of global Orthodoxy that pursues international projects in contradiction with the international order. Regretfully, the systematic comparison of these modes of radicalization has yet to be undertaken.

I have repeatedly shown that the relevance of religion is not in the content of the religious  tradition per se but in the interactions between religious and political actors, institutions, and ideas. From this perspective, limiting Islam or any other religious tradition to beliefs or texts proves to be a dead end as the text can lead to opposite interpretations and mobilizations.

Instead, looking at the ways religious belonging and behaving intersect with political identities and behaviors solve the puzzle of apparently very secular projects leading to political battles over Islamically correct social behaviors, which are currently happening not only in Egypt, Iraq, Sudan to name a few but also India, Myanmar or Israel.

In other words, the social and political visibility of religion is not caused by an increase in personal beliefs or religiosity. People are not more fervent believers than they used to be, but their identification to religion has certainly shifted, creating a conjunction of religious and political identities that facilitate political mobilization and sometimes radical actions.

The politicization of religion in Muslim countries can be traced back to the building of the nation-state and the active role of “secular rulers” in reshaping the Islamic tradition.

Such a perspective requires a “longue durée”, historicized analysis that drastically challenges the rational choice centered theories that still dominate the field of radicalization and security studies.

To be more specific, the radicalization of religion is related to its nationalization. To be clear, most of religions within nations operate peacefully but to understand how and when religious identities or practices become radicalized, the starting point is the establishment of the modern political community a.k.a.  the nation.

For example, the politicization of religion in Muslim countries can be traced back to the building of the nation-state and the active role of “secular rulers” in reshaping the Islamic tradition. Nation-building put an end to the political  autonomy of religious institutions  that dominated the caliphal periods. It also went hand-in-hand with the homogenization of the populations inhabiting the nation’s territory.

That is why nation-building systematically omitted and sometimes eradicated particular ethnic, religious, and linguistic groups in order to create one nation defined by one religion and one language. This homogenization led to a politicized narrative of religion, that I have called political Islam.

With the rise of the nation-state, a congruence was created between Muslims of a certain religious obedience (for example, in the Sunni groups, Maleki, Shafi’i, Hanbali, and Hanafi schools) and bounded territory. Although the westernized elites were not always pious, they understood that they could not build a nation without including the belonging to Islam. To be clear, this readjustment to the national territory happened to all religious traditions but with different outcomes.

Read: COVID-19 and Religion: Between Nationalism and Communal Responsibility

For example, Christianity in Europe at the time of the Reformation, saw its societal influence reordered by the nation-state, but also its doctrinal content redefined to make room for the state sovereignty over mundane matters. In the case of Islam, what I have called hegemonic forms of religion appeared.

– Inclusion of some of religious prescriptions within the legal system (family law, blasphemy)

– Shaping of the national narrative by making the belonging to the hegemonic religion the by default civic and national identity of all citizens.

In other words, religious hegemony refers to exclusive legal and political privileges granted to a specific religious group, and the association of this religion with citizenship and national belonging, while all other religious groups are marginalized. This nationalization of religion also happened in Buddhist countries like Thailand, Myanmar or Butan. Surveys show that states with hegemonic religions tend to be less democratic, independently of the specificity of the religious tradition.

Judaism, along the same line, has become a hegemonic religion in Israel, hence fueling discrimination against other religious minorities as well as uncompromising positions vis-à-vis the Palestinian claims. That is a sharp departure from the status of Jewish minorities in Europe where they had adapted to the secular national contexts by disconnecting their religious belonging from allegiance to the European political communities. We see the same trend of hegemonic Hinduism expressed in Hinduist movements that now dominate the political scene in the originally secular Indian democracy.

Additionally, global radical groups like Al Quaida or ISIS do not represent a return to pre-national forms of Islam. Quite the contrary: They are the result of dissemination of concepts that were originally framed within nations but now have spread beyond national boundaries. In other words, the existing forms of global Jihad are the transnational versions s of the interpretations of Sayyid Qutb (initially aimed at fighting against the national unjust ruler), combined with the Wahhabi doctrine which is also a modern (albeit not a modernist) religious interpretation.

Unlike the forms of national Jihad, the transnational dimension of the global Jihad appeals to young Muslims across countries because it offers and idealized and imagined Community of Believers all united in one single goal. In other words, to understand the radical forms of Islam today, it is more relevant to look into the political and cultural socialization of the activists than into their level of piety or the content of the Islamic tradition.

This nationalization and globalization of religion is also visible in Christian majority countries. Although religious diversity and pluralism in the U.S. has increased over recent decades, Christians remain the largest religious group in the country. Seemingly paradoxically, this increase in religious diversity has also been accompanied by an increase in the view of America as a Christian country. Like in Muslim countries, such a perspective remains for most Christian citizens symbolic without becoming intolerant or radical.

Read: The Rise of Secular Radicalization

However, it can also transform into forms of Christian nationalism that sees America as the nation commanded by God to maintain its unity through separatism, war, and conquest. It has then dire political consequences such as depriving marginalized citizens of their civil rights or rejecting the rule of law like exemplified by the January 6, 2021 attack of the Capitol Hill.

Importantly, Christian nationalism can be disconnected from conventional understandings of morality and focus only on idea of exclusion and superiority, which explains how Trump, not being traditionally religious or even perceived as a high moral character, managed to get the votes of many religious supporters.

In sum, Buddhism, Christianity, Judaism or Islam are not per se conductive to violence and radicalization. They  are channeled into forms of mobilization influenced by the specific relation of each tradition   with   the modern political communities built trough centuries of national history. It also means that the level of personal religiosity is almost never a relevant indicator of radicalization but certain types of political culture certainly are. 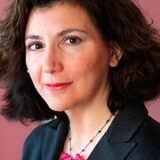 Jocelyne Cesari is professor of religion and politics at the University of Birmingham; senior research fellow at Georgetown University's Berkley Center for Religion, Peace, and World Affairs; and professorial fellow at the Australian Catholic University.

Also Read
Faith, Society, Politics: How the Coronavirus is Changing the World