Taking into consideration Turkey's experience in Syria, Libya, and Azerbaijan and its efforts to support Saudi Arabia's position in that war in 2015, Ankara is very well-positioned to help Riyadh politically and even militarily once trust is restored between the two countries. 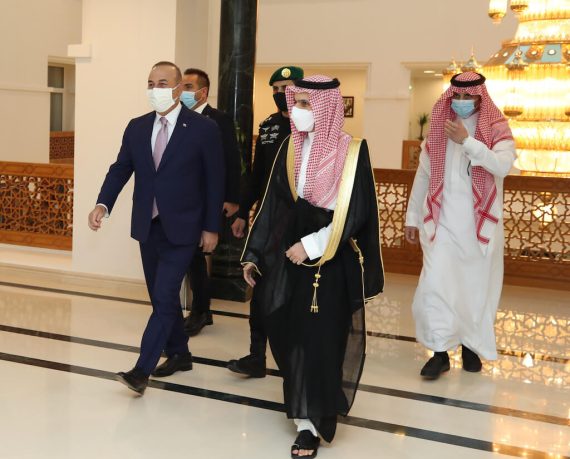 On November 25, Turkey’s Vice President Fuat Oktay met with Saudi Minister of Commerce Majid bin Abdullah Al Qasabi in Istanbul amid warming ties between Ankara and its Gulf rival, the UAE. This meeting is part of a series of high-level engagements that have taken place between Turkish officials and their Saudi counterparts since October 2020.

The importance of the meeting stems from the fact that Al Qasabi is one of the high-profile ministers with close ties to Crown Prince Muhammed bin Salman (MBS). It builds on previous meetings between Turkey’s Foreign Minister Mevlüt Çavuşoğlu and his Saudi counterpart Faisal bin Farhan, during which they agreed to “work on positive issues on [the] common agenda and to hold regular consultations.”

Following the normalization of relations with Abu Dhabi and Oktay’s meeting with Al Qasabi, Turkey’s President Erdoğan reiterated in an interview with TRT, the Turkish state broadcaster, that Ankara intends to enhance its ties with Saudi Arabia and Egypt. The recent overtures by Tehran for a long-term road map with Ankara, Cairo’s extension of good intentions to Doha, the engagement between Riyadh and Tehran, and the normalization of relations between Abu Dhabi and Ankara are examples of conciliatory attitudes suggesting a region-wide quest for a modus vivendi after a long period of vicious rivalry.

Meanwhile, a scheduled visit by MBS to Qatar on December 8, just two days after Erdoğan’s visit to Doha, has raised questions on a possible Qatari role to bring Turkey and Saudi Arabia closer.

Since 2016, Turkey, the second-largest army in NATO, has banked on its military capabilities to counter rising threats to its national security and secure its interest in the highly volatile Middle East. Yet, some economic vulnerability has pushed it lately to prioritize financial considerations. On the other hand, Saudi Arabia, the world’s largest oil exporter and its primary strategic energy power, has endured no major economic challenges recently.

A scheduled visit by MBS to Qatar on December 8, just two days after Erdoğan’s visit to Doha, has raised questions on a possible Qatari role to bring Turkey and Saudi Arabia closer.

Yet, it has been facing increasing defense hardships and security vulnerabilities vis-à-vis growing threats to its national security from its surroundings, and particularly from pro-Iran militias. These facts suggest compelling reasons for both Saudi Arabia and Turkey to normalize their relations and achieve mutual interests.

Read: GCC-Damascus Rapprochement Can Pit Syria Against Turkey Even Further

In the last few years, Riyadh’s regional influence, role, and image have been partly eroded by the war in Yemen, the blockade against Qatar, the Khashoggi murder, and the vulnerabilities against Iran’s proxy attacks. Despite the regional de-escalations and the relative improvement of the Saudi-Iran relations in the wake of Iraq’s initiative to host talks between the two rivals, Riyadh remains skeptical about the prospects of its negotiations with Iran.

The image of a weak and isolated Saudi Arabia can negatively impact the internal policies for the Saudi crown prince.

Given that the Iranians have refrained from making any concessions so far and have taken advantage of the talks to increase pressure on Riyadh via the Houthis, Saudi Arabia is not optimistic about the prospects of engagement with Tehran.

However, except for the al-Ula agreement, which paved the way for Saudi Arabia to normalize its relations with Doha, Riyadh seems frozen in time. The alignments in the region have been shifting with no Saudi response to this development. Some diplomatic sources believe that this results from MBS’s extreme focus on the internal front rather than the regional one. However, even if this proves true, regional considerations are no less important. The image of a weak and isolated Saudi Arabia can negatively impact the internal policies for the Saudi crown prince.

Normalizing the relations between Saudi Arabia and Turkey would take precedence over all the regional rapprochement efforts in 2021. This step would offer the kingdom the much-needed space to increase its space for political maneuver, connectivity, and partnerships versus other regional countries perceived by Riyadh as rivals or disrupters. Additionally, it would give the Saudi internal and regional policies an unprecedented boost.

Better Saudi-Turkish relations would create new political, economic, and defense opportunities for the kingdom to regain its traditional regional role and efficiently address the defense challenges and security vulnerabilities.

In this sense, the normalization between Saudi Arabia and Turkey is critical to Riyadh. Better Saudi-Turkish relations would create new political, economic, and defense opportunities for the kingdom to regain its traditional regional role and efficiently address the defense challenges and security vulnerabilities.

The Saudi government has been stuck in the Yemeni quagmire. Taking into consideration Turkey’s experience in Syria, Libya, and Azerbaijan and its efforts to support Saudi Arabia’s position in that war in 2015, Ankara is very well-positioned to help Riyadh politically and even militarily once trust is restored between the two countries. Whether Riyadh chooses to engage diplomatically with the Houthis or their sponsors, or increase the military pressure on the militia, it would be able to carry this out from a far better position than the current one.

Furthermore, although there has been no serious progress in the U.S.-Iran talks to resume work in the Joint Comprehensive Plan of Action (JCPOA), the two parties will ultimately reach an agreement sooner or later. Riyadh needs to be prepared to deal with the outcomes of this scenario and the alternative scenario in which Iran advances towards a nuclear weapon. This is another issue where Turkey can potentially play a constructive role.

As for Turkey, the regional de-escalation moment provides a unique opportunity for Ankara to shift from hard power to soft power again while addressing its economic challenges and priorities. Accordingly, normalizing relations with Saudi Arabia holds the prospect of augmenting Turkey’s economic, diplomatic, and strategic assets in its foreign policy. Strained relations between the two regional players have proven inimical to realizing the true potential of economic ties between Ankara and Riyadh.

For Turkey, mutual investments are preferable to counterproductive economic measures between the two regional economies. In particular, investment funds originating in Saudi Arabia would undoubtedly contribute to the resilience and vitality of the Turkish economy which has been undergoing financial challenges for some time.

Additionally, resolving the outstanding commercial disputes with Saudi Arabia would re-incentivize the two sides’ private sectors to rehabilitate bilateral trade and stimulate commercial transactions. Al Qasabi’s meeting with Turkey’s vice president is the most recent indication of Turkey and Saudi Arabia’s growing interest to reach a measure of normalcy in their economic relations.

In a more general framework, incremental normalization of relations between Ankara and Riyadh would also bolster their diplomatic capacity in regional and international platforms as well as in their dealings with matters of mutual concern. Moreover, it will positively affect other Gulf countries such as Kuwait, Bahrain, and Oman. Normalization between Ankara and Riyadh will allow these Gulf countries to boost their relations with Ankara without the encumbering shadow of Turkey-Saudi Arabia disputes on their individual approaches to Turkey.

Defense industry cooperation between Ankara and Riyadh is also not unfathomable. Speculations over the last months on the Saudi interest in Turkish unmanned combat aerial vehicles (UCAVs) indicate the potential in security cooperation between the two regional actors. With the Turkish defense industry continuously gaining greater sophistication in its products and services, Saudi Arabia presents an additional regional partner for Turkey in defense cooperation.

In regional geopolitics, relentless strategic competition between Saudi Arabia and Turkey only undermines their diplomatic positions, generates more economic costs than benefits, and carries the risk of self-induced geopolitical isolation. The emergence of a reconciliatory trend in the region should facilitate the stalled rapprochement efforts between Turkey and Saudi Arabia.

Consequently, a window of opportunity is opened now for both Ankara and Riyadh to work on their concerns and differences more constructively while aiming to normalize their relations. Given the positive statements from the Turkish side on Ankara’s willingness to move the rapprochement effort with Saudi Arabia to the next level, the ball is now in Riyadh’s court. 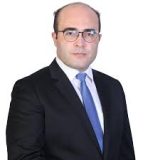 Eyüp Ersoy is a lecturer in the Department of International Relations at Ahi Evran University in Turkey. He specializes on Turkey-Middle East relations.