Despite all the independent and innovative foreign policy rhetoric, Sweden's foreign policy simply follows the lead of the European Union and the United Nations. 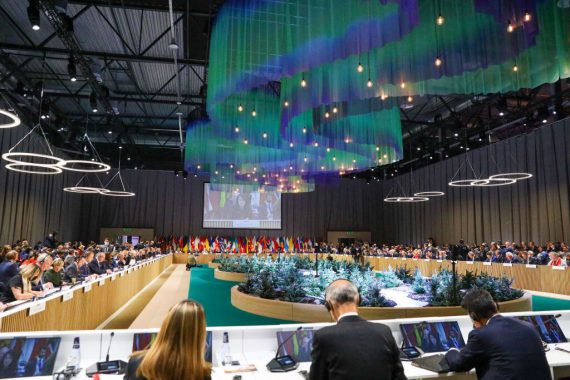 Sweden prides and projects itself as being a very modern and liberal society, and an integral and active member of the international community. It is a country that seeks “to punch above its weight.” In practical terms this refers to its desire to have an effect on shaping global developments that is above and beyond its tangible resource availability.

Branding and reputation management play a key role in Swedish foreign policy as an attempted perception force multiplier and with special attention given to curating the impression of Sweden as a value entrepreneur in 21st-century international relations. This begs the logical and critical question: does the communication hype match the substance of the practical implementation of Sweden’s foreign policy?

One of the central components of Swedish foreign policy is its international brand, used as a means to legitimize its actions and ideologically informed by politically central-based norms and values. There are four key profile areas in the “Brand Sweden” strategy that has been active since 2013: society, creativity, innovation, and sustainability. This is about how Sweden has officially defined Swedes, and how they desire to project Sweden and Swedishness to the world in its foreign policy as a template for others to follow. For example, “Brand Sweden” defines Swedish society in the following idealistic picture:

Read: Chilean Adoptees in Sweden Searching for their Roots and Waiting for Justice

The Swedish social model inspires interest from around the world. The “Swedish model” is built on a core of economic growth, social responsibility and trust expressed through a universal welfare system and strong institutions. This profile area also includes values such as gender equality, respect for human rights, sustainable development, low corruption, and use of new technologies, and it can therefore be used in different ways to create trust in international contexts.

There is a palpable level of idealism and arrogance in the manner “official” Sweden views itself in relation to other countries and other peoples, which it pursues with a messianic zeal in spite of the obvious flaws and physical realm realities that paint a very different picture. The “unofficial” accounts of a system, such as the work of Masoud Kamali on the effects of neo-liberalism in and on Sweden, do not follow what it is preaching to the rest of the world.

The four profile areas noted above from the Brand Sweden campaign are in turn used to inform key Swedish foreign policy programs and approaches. This is where Sweden tries to project itself on the world stage as a progressive and forward-looking norm and value entrepreneur, and a “responsible” member of the international community.

Read: What Is the Impact of the Polish Constitutional Court Ruling on the European Union?

Sweden successfully markets itself as a morally superior country, which should be emulated by others for the “global good.”

Although the origins of the value/ideological concept of Sweden as a “humanitarian superpower” has its origins in the needs for engineering public consent in contentious domestic politics, it is also used as part of the country’s foreign policy profile given its very low hard power capability and capacity. By value and virtue signaling the global community, Sweden promotes itself as a country that is morally superior and something to be emulated for the “good” of global society.

A great deal of care and attention is paid to creating the ideological façade of Swedish foreign policy and Sweden as an active and responsible small humanitarian state that does more than its share of global good deeds. However, does the façade match the actual reality?

Swedish Foreign Policy in Practice in the 21st Century

There are concrete practical and pragmatic reasons for Sweden’s efforts to cultivate a strong international brand image, which is used as the basis for realizing political objectives; encouraging scientific and cultural exchanges; attracting tourism, investment, and human talent; and promoting trade. It also serves the basis for what are considered as being negative rumors and disinformation.

Recently, institutional mechanisms have been created that are intended to uphold the official narrative in Sweden and abroad, such as the Department for Psychological Defense. These act as gatekeepers and defenders of the country’s idealized and curated image. The cracks are becoming more numerous and obvious in the utopian promises of Swedish foreign policy, and the dysfunctional reality is coming through.

Sweden intends to be an international actor serving for the good in the world. However, the country exports weapons to states involved in armed conflicts.

The notions and practices of Sweden’s humanitarian superpower brand and feminist foreign policy are coming under increasing critical scrutiny owing to obvious discrepancies and contradictions between word and practice. For example, the promise of Swedish feminist foreign policy is for Sweden to be an international actor and a force for good in the world. However, Sweden exports weapons to belligerent states involved in armed conflicts, such as the Gulf states and their war of attrition against Yemen.

The fact that Sweden is willing to arm non-democracies involved in a protracted bloody conflict such as that in Yemen and other conflicts, defies the rhetorical promises and gives a very hollow ring to the idea of Sweden as a responsible international actor bringing enlightenment, innovation, and sustainability to marginalized and dispossessed global peoples.

In contradiction to the idea of Sweden’s positive and peaceful contribution to international relations, encapsulated in such norms as neutrality or non-alignment with international brands, discrepancies are obvious. Thus, the Swedish political establishment elite is increasingly integrating into Euro-Atlantic structures and hosting NATO military exercises on Swedish soil. This suggests a general idea to build up hard power, not as an independent actor, but within the context of an existing military alliance.

Perhaps one of the major reasons for the failure of Sweden’s ideologically informed foreign policy is that this is better suited to a Western-centric global order, where the United States is the unipolar hegemonic power. In the global information and cognitive realm where liberalism was the ideological lens, the Swedish approach made sense. This is no longer the case as a non-Western-centric and multipolar order is gradually gaining power and influence, where pragmatic and non-ideological approaches and styles of communication are more effective.

Sweden is not detached from the mainstream, but rather is integrated into the global mainstream and the liberal politics establishment. It rarely ventures too far from the strategic priorities of mainstream liberal politics, and, on occasion, can engage with some leeway in foreign politics of lesser importance. In spite of all of the talk and rhetoric, Sweden does not follow an independent and innovative path of foreign policy – it follows the lead of such institutions as the European Union and the United Nations. At this point in time, the distinction between the promises of the ideological façade and the resulting dysfunctional reality cannot be more obvious. 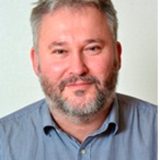