Nowhere else in the world is the public debate about climate change as much dominated by alarmism and apocalyptic thinking as it is in Western Europe. 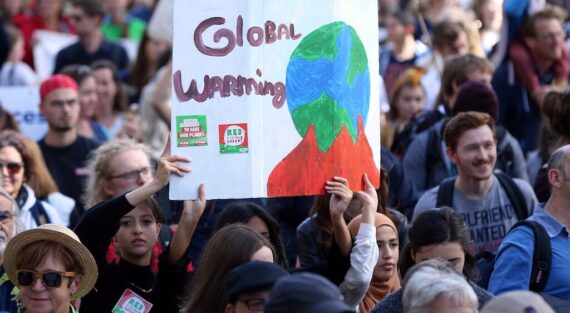 Thousands of environmentalist gather during a demonstration to draw attention to global warming and climate change in Brussels, Belgium on September 20, 2019. Photo by Dursun Aydemir, Anadolu Images

Life is in a constant state of flux, and the world’s climate has been changing accordingly ever since the earth came into existence. Research findings in recent decades have provided evidence that man-made emissions resulting from rapid industrialization can influence the pace of this change. In the worst case, this contributes to man’s own detriment and that of ecosystems.

For this reason, countries around the world have agreed on the goal of reducing their greenhouse gas emissions through proactive measures in an attempt to limit global warming. The ways to achieve this vary around the world, depending on the structure of countries, their economies, their energy landscapes, and the importance of environmental issues in the public consciousness.

For Western Europe, however, the climate debate seems to be more than a mere question of technology, efficiency and a cost/benefit ratio. The more secularized the society in a country is, and the less traditional values play a role in shaping life there, the more the issue of climate change is being stylized as a central question of human existence.

Nowhere else in the world is the public debate about climate change as much dominated by alarmism and apocalyptic thinking as it is there. It is also hardly surprising that the “school strike” movement is most strongly associated with countries characterized by a completely secularized Protestantism. “Fridays for Future” was founded in Sweden, and the movement experienced its greatest popularity in Germany.

Today, there is even talk of climate change as the “last great narrative of the West.”

The occurrence that traditional religions would give way to secular substitute religions in “enlightened” Europe is nothing new. Soon after the French Revolution, the writings of Robert Malthus, Charles Darwin, Karl Marx or Arthur de Gobineau passed the justification for intensified European colonialism and inspired ideologies such as Communism or National Socialism. Today, there is even talk of climate change as the “last great narrative of the West.”

Read: Is Europe Back to Great Power Politics?

Up to now, substitute religions with influence on politics have always ensured that the sense of mission to impose one’s own narrative all over the world was accompanied by a loss of a sense of reality and of common sense. Today, Western Europe seems to go back there again.

Scientists calculate how much in CO2 emissions would result from not having a child. A teacher (!) demands five-figure bonuses for women who remain childless. The media readily provide a forum for almost any idea, no matter how radical, to supposedly prevent the “climate catastrophe.”

The public debate about climate change in Western Europe reveals once again the narcissistic thinking and neocolonial sense of mission that still seems to be anchored in many white Western elites.

At “Fridays for Future”, it is predominantly children from the white upper class who stay away from school, for whom “renounciation” generally means going on vacation only twice instead of four times a year. Greta Thunberg, who publicly accuses politicians of “robbing her of her childhood,” comes from one of Sweden’s richest and most prominent families.

In contrast, for millions of African children, working on toxic waste dumps or in uranium mines is part of their everyday lives, even though they would rather go to school and attend classes there.

It is not only on a global scale, where some critics accuse rich nations of denying poorer ones the opportunity for economic advancement through rigid climate protection regulations, that the climate debate reveals different perceptions.

To date, however, this approach has mainly resulted in Germany’s dependence on foreign energy supplies – and a world-leading position in electricity prices. It is obvious that this affects doctors’ daughters from Blankenese less than the farmer’s son from Lower Bavaria, but also the immigrant family of six from Duisburg-Marxloh.

Proponents of an even more aggressive climate policy, such as the German Green Party, promise to compensate those affected by the foreseeable explosion in electricity prices for the additional costs. An “energy allowance” is even intended to ensure that particularly efficient families end up better off than before. However, many remain skeptical about whether the money will actually reach those who need it. Moreover, politically distorted market prices cannot be enforced in the long run by subsidies against the law of supply and demand.

But an ideological approach to climate change also creates the risk of escalating social conflicts in other respects. Planned economies and redistribution, which would never have taken place in this form in Western Europe before, will one day reach their limits. At that moment, however, distributional struggles are pre-programmed that could benefit racist forces.

Already now, in some parties of the radical right in Western Europe, such as the German AfD, a tendency toward a racist charge of the climate debate can be noticed. In their circles, for example, there are increasing calls to abandon the previous position of climate skepticism and to acknowledge man-made climate change. This should have the consequence of making a rigid policy of birth control in African and Muslim countries a condition for further development aid. Some far-right politicians are already calling for a global one-child policy along the lines of China.

In the end, a social credit system modeled on the Beijing dictatorship could also be up for debate in domestic politics. In Bulgaria, the far-right IMRO party openly advocates paying benefits for women of the Roma ethnic group that undergo a sterilization. In several European countries, such as Sweden or Norway, forced sterilization of Roma women was a widely accepted practice until the 1970s.

In this way, the climate debate could also become a gateway for a return of racist practices of this kind in Western Europe. Religious upbringing, early pregnancies, or a larger amount of children could become a pretext for state authorities to harass families or remove children from immigrant home – because of their lifestyle allegedly causing “climate hazard”. For the time being, all this remains mostly a matter of speculation. However, European history teaches that it would not be the first time that a delusional and ideological policy would take on manifestations that are extremist and inhumane. 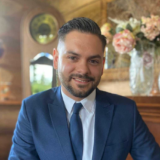 Ali Özkök is a Berlin-based journalist and analyst. He tweets at @Ozkok_A