The Tehran Summit will have serious regional and international implications. 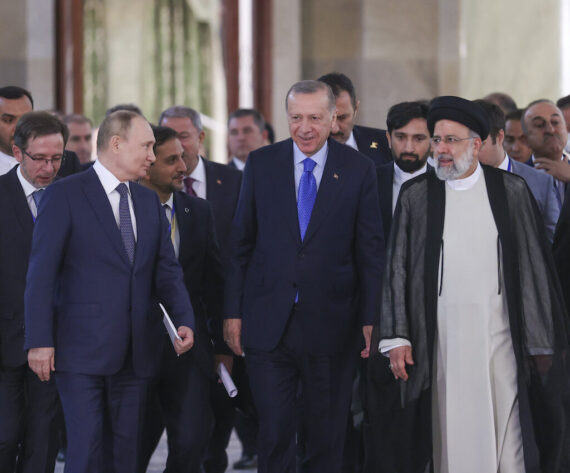 Turkey’s President Recep Tayyip Erdoğan officially visited Tehran on July 19, after a 4-year hiatus. The seventh Turkey-Iran High-Level Cooperation Council meeting was held during the visit. Following the Astana Talks format, a meeting on Syria was also held on the same day with the participation of Russian President Putin and Iranian President Raisi. While President Erdoğan had the opportunity to talk about the critical topics in Turkey-Iran and Turkey-Russia relations with his counterparts, negotiations were also held on the future of Syria and the anti-terrorism operation that Turkey is planning to conduct in Northern Syria.

Outcomes of the Tehran Summit for Syria

Erdoğan’s trip to Tehran made clear Turkey’s stance on a number of topics. Showing how determined Turkey is to clear the terrorist organization YPG/PYD, which operates in Syria, from the region, Erdoğan underlined the steps that need to be taken to reach a political solution to the Syrian crisis. He highlighted the necessity to engage in the Constitutional Committee’s work and that progress on the repatriation of refugees should be expedited.

Russian and Iranian leaders did not directly mention the YPG/PYD, although they engaged in a similar discourse to Erdoğan on the importance of fighting terrorism. Both countries’ direct or indirect relationship with this terrorist organization may have prevented the leaders from voicing its name openly. Therefore, Erdoğan’s call that “we want to see actions, not words” remain unanswered.

Although Russia and Iran do not support the planned Turkish operation, they do not openly say that they would prevent it, and Turkey may conduct an operation against the terrorist organization despite their objections.

The Tehran Summit showed that there was no change in the positions of the parties on the war in Syria. However, the leaders’ face-to-face meetings after the pandemic bracket were a vital sign that the political solution process in Syria is set to accelerate. On the other hand, the summit succeeded in as far as Turkey, Russia, and Iran kept the diplomacy table afloat in the face of challenges such as the COVID19 pandemic and the Russia-Ukraine war, which tested the international system and proved that international organizations failed.

Where Are Turkey-Iran Relations Heading?

Specific to the relations of Turkey and Iran, some points of cooperation and conflict came to the fore. While the points of cooperation were emphasized by the President of the Republic of Iran and the members of the government, the points of disagreement were expressed by Supreme Leader Ali Khamenei. The different approaches of the two figures to relations with Turkey is due to the dual structure of the political system in Iran: since Khamenei determines Iran’s general policy, the president cannot go beyond the limits most often drawn for him.

Nevertheless, since the president conducts intergovernmental relations and has political responsibility, he emphasizes cooperation and takes a constructive stance. However, despite all these emphases on cooperation, it is understood from the statements of the religious leader that a certain level of tension will remain on the Ankara-Tehran line.

President Raisi reiterated the target of $30 billion of bilateral trade volume and expressed hope for extending the 25-year natural gas agreement. He also mentioned the goal of establishing joint industrial facilities. The two sides signed a long-term comprehensive cooperation plan which aims to deepen economic relations between the two countries. Also, delegations started negotiations for the extension of the 25-year natural gas agreement.

In the meeting with President Erdoğan, Supreme Leader Khamenei expressed Iran’s dissatisfaction with the new geopolitical reality that emerged after Azerbaijan liberated Karabakh from Armenia by saying that they would not allow the closure of the Iran-Armenia border.

Khamenei also stated his discomfort with the normalization of Turkey-Israel relations. Iran does not want the two countries to resolve their differences as, according to Tehran’s point of view, in such a case, Turkey and Israel would act together and harm Iran. Iranian intelligence has recently targeted Israeli tourists and businesspeople on Turkish soil, both in an attempt to respond to the assassinations that took place inside Iran and to target the Turkey-Israel normalization process. These attempts were prevented by timely interventions of the Turkish intelligence, but they draw Turkey’s reaction and cause tension in bilateral relations.

Iran’s stance is clearly negative to Turkey’s possible operation. Khamenei claimed that a military operation by Turkey in Syria would benefit the terrorists at the expense of Turkey and neighboring countries. This stance is not unique to Syria. Iran views almost all of Turkey’s cross-border operations negatively as it regards Turkey as the strongest competitor in the region and, therefore, views any military operation by Ankara as a threat to its sphere of influence.

On a rhetorical level, Tehran states that it understands Turkey’s security concerns, and Khamenei recommends dialogue and negotiation as a method to address them. Yet, dialogue is unlikely to work because the Assad administration’s control in Syria is fragile. Moreover, Assad himself supports terrorist organizations. Iran proposes a dialogue, but does not hesitate to keep its soldiers or proxies in Syria, Iraq, Yemen, and Lebanon and to arm them.

Read: Why Russia Protects the YPG in Syria

The Tehran Summit produced significant results on regional and international levels. It is evident that the Turkish government’s planned action in Syria will not receive help from Russia or Iran. Although Putin, and Raisi have not publicly said that they would try to stop the operation, they might make an effort to undermine it through armed groups on the ground. For this, Iran stands out more than Russia as it has many proxy groups in Syria and Iraq that can directly target the Turkish Armed Forces.

Another possibility is to put the Turkish army under serious accusations with false flag operations. The attack on civilians in Iraq’s Zakho region brings to mind such a scenario. It is known that some armed groups close to Iran stand in solidarity with the YPG/PYD against Turkey’s operation. These groups also work to establish an anti-Turkey image and there is strong evidence that the Zakho attack was carried out along this line. Turkey has stated that it holds no reservation for the investigation of the incident by an international and impartial commission.

The meeting between Erdoğan and Putin in Tehran was instrumental in taking important steps for global issues such as the Russia-Ukraine war. President Putin conveyed his thanks to President Erdoğan for the role Ankara played in reaching the grain deal. It would be no exaggeration to say that the foundations of the grain corridor agreement signed in Istanbul on July 22 were laid during the earlier meeting of Erdoğan and Putin in Tehran. 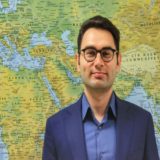