China, Russia, and India are leading the efforts to conduct trade in national currencies globally. 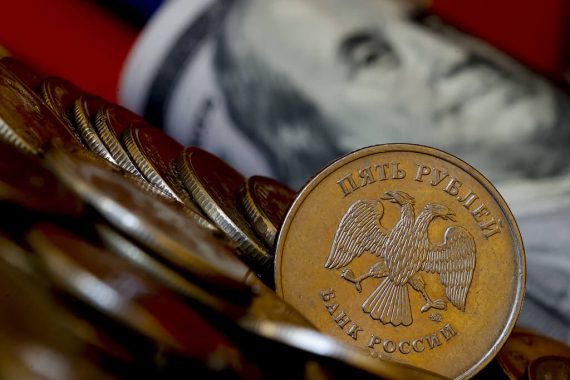 In the aftermath of the financial crash of 2008, many countries struggled to access the U.S. dollar (USD) to save their national currency as the U.S. Federal Reserve Bank tightened its grip on the global reserve currency. The resulting liquidity shortages and lack of access were severe to many currencies which saw their values decrease against the dollar. Export-led economies gained some competitiveness due to such devaluations, but those that rely on imported raw materials struggled to finance their main industrial inputs due to the higher cost of borrowing dollars.

In search of solutions, many countries proposed to de-dollarize trade and instead conduct bilateral trade in national currencies. Such trades will be based on fixed exchange rates which will mitigate the risks associated with currency devaluations and severe exchange rate fluctuations. Furthermore, geopolitical troubles and the impact of currency wars can be better managed in such an internally controlled relationship with no exposure to USD influence.

In recent years, with the increased weaponization of the dollar and the use of sanctions, many countries became more incentivized to explore trading in national currencies and using international payment systems other than SWIFT, which is heavily influenced by the U.S. The calls to trade in national currencies have grown even more recently in the aftermath of the largest ever western U.S.-led sanctions on Russia after it launched a “military operation” in Ukraine “to prevent it from joining NATO.”

Read: The Transformation of Money and Blockchain Technology

The sanctions alarmed more countries to the risks associated with relying only on the USD as the international trade currency and promoted the need to encourage trade in national currencies that are not influenced by the U.S. government and financial institutions.

This global trend has extended to the Middle East region. Many efforts, led by Iran and Turkey, were made in the past few years to discover and promote trade in national currencies. Thus far, bilateral trade among Middle Eastern countries increased, but remains limited. However, Iranian and Turkish leaders have increasingly voiced their willingness to boost such trading.

The path to de-dollarization

Globally, China, Russia, and India are leading the efforts to conduct trade in national currencies especially after Russia fell under western sanctions in 2014 following the annexation of Crimea. To enable such a process, Russia and China have created their own alternative payment mechanisms to SWIFT, namely the “System for Transfer of Financial Messages” (SPFS) and the “Cross-Border Interbank Payment System” (CIPS) to conduct bilateral and multilateral trade. India has also joined such efforts.

More recently, following the war in Ukraine and the ensuing western sanctions, Russia has asked “unfriendly countries” engaged in sanctions against it to pay for their fuel purchases in rubles. This would help stabilize the ruble and undermine the significance of sanctions.

Read: Cryptocurrencies in the Middle East: Investment Surrounded by Risk

Russia also offered to pay dollar- and euro-denominated bond holders in rubles, which will affirm the importance of the ruble. It may also extend its requirement to pay in rubles for its food exports. Given Russia’s important contribution to the world’s food market, it is inconceivable that countries reliant on Russian exports can stop being so, which will boost international trade in national currencies.

In March 2022, the European Union, in response to the Russian military advances in Ukraine, mulled issuing joint bonds to fund a two-billion-euro plan to spend on climate, defense, and energy. If implemented, the plan will effectively strengthen the role of the euro and undermine that of the sanctionable dollar in settling global trade.

In March 2022, the Shanghai Cooperation Organization (SCO), which accounts for 30% of the world’s GDP, discussed the draft road map of SCO member states to increase the share of national currencies in mutual settlements. The effort is expected to accelerate this year to overcome western sanctions on Russia which is a key member of the organization.

Such a strategy would include measures to boost trade and long-term investments, the creation of common settlement/payment systems, and promoting BRICS currencies as reserve currencies. On 9 April 2022, the Finance Minister of Russia called on the BRICS group of emerging economies to speed up work in the following areas: the use of national currencies for export-import operations, the integration of payment systems and cards, the creation of a financial messaging system and the creation of an independent BRICS rating agency. The call for urgency signals Russia’s embracement of a new financial architecture needed to overcome western sanctions that are strangling Russia’s economy.

In March 2022, the Eurasian Economic Union-China dialogue said it was discussing the development of a project for an independent international monetary and financial system that will be based on a new international currency, whose value will be calculated as an index of the national currencies of the participating countries and commodity prices. The aforementioned efforts confirm the direct development of the global financial system away from the dollar towards a multipolar financial global order.

Turkey has also sought to expand its trade links in national currencies in the region and beyond. Most recently, Turkey signed a 5-billion-dollar currency swap deal with the UAE for three years. It also signed a similar agreement with Qatar for 15 billion dollars. The Turkish lira is also now heavily used in Syria and Libya by citizens who do not trust the value on their own national currencies and wish to continue trade with Turkey.

Globally, Turkey has signed swap agreements to trade in national currencies with Russia, China, South Korea, and some Islamic countries. In the future, regional powers are expected to deepen their interregional trade settlement and financial dealings in their national currencies further.

The limits of trading in national currencies

Trading in national currencies can relieve anxieties about using the dollar in trade which undermines countries’ abilities to import affordable raw materials and energy for their manufacturing activities. However, there are many limitations to watch out for.

First, national currencies are not always stable, and they can easily be influenced by domestic economic and monetary policies. In Turkey, the value of the lira swung heavily in November 2021. Similar things happen in China, which exercises heavy controls over its currency in order to maintain its import competitiveness in the global market.

While national currencies might be useable for short-term trading, in the long term they remain unreliable as an option to save or as reserve currencies that can survive the test of time and changing policy, geopolitics, and international alliances.

Second, national currencies are particularly unstable for smaller countries whose economies are small, political systems are unstable, and lack the ability to protect themselves from outside threats. Thus, national currencies might be more realistically used by regional and global powers only, and hence will have limits to their universal adaptability.

Technology can help in overcoming such problems by creating an indexed digital international currency, but there will remain the need to ensure the security of small countries by regional or global guarantors who can ensure stable economic activity and security and thus local currencies.

The move towards de-dollarization remains in its nascent stage; however, the Russian war in Ukraine may have accelerated the growing move towards trading in national currencies to avoid the weaponization of the dollar and sanctions.

All in all, it remains to be seen if international mechanisms will be established to formalize such steps and discuss the introduction of guarantees that can protect such a trading system from diverse kinds of shocks such as domestic instability and international conflicts. In the MENA region, Iran and Turkey are likely to remain the main prominent forces supporting such an idea. However, realignments might hinder such efforts or slow their progress as both countries draw closer to the west.