As the blurriness of geopolitical, economic, and security alliances fades, countries are likely to find themselves dependent on the supply chains of either the U.S. or China. 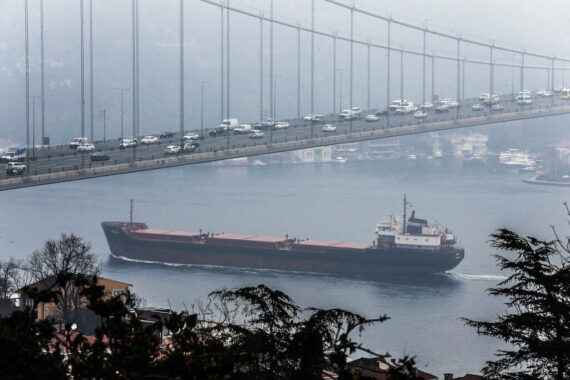 In the most recent session of the Boao Forum for Asia in April 2021, Chinese President Xi Jinping gave a speech in which he warned against U.S. plans of decoupling the two superpowers’ economies. Repetitively, he has voiced his concerns about the U.S. plans to undermine China’s standing in the international order. He also called for a new international order that is built by everyone and reflecting the changes in the reality of the global balance of power and economic role.

While Xi is trying to build bridges with the U.S. and the world, U.S. President Joe Biden looks keen on being more adversarial. In a recent speech at the White House, Biden touted confrontation and competition with China. He promised a $2.5 trillion infrastructure plan with the clear aim of competing with China and restoring American competitiveness as the leading global economy.

At this stage, global economic recovery post-COVID-19 will be contoured around the global reconfiguring of economic relations on a scale never seen since WWII. This will be particularly significant in the reorganization of the global supply chains which came under scrutiny since the beginning of the COVID-19 crisis as countries struggle to secure essential raw materials, vaccines, protective gears, and other commodities due to governmental policies, consequential supply shortages, and the choking of the global shipping routes and ports due to COVID-19 closures.

VIDEO: Why Are Modern Supply Chains So Needlessly Complex?

In the forefront of U.S.-China supply chains competition is the competition over advanced technology supply chains. As the global economy turns more digital, 5G communication networks are becoming critical to the transformation to the digital age. Historically, the U.S. built its economic supremacy on the premise of leading cutting-edge technologies and exporting them to the world.

As China grows more independent in advanced technology research and manufacturing, it is seeking to be on par with the U.S. and threatening its historical supremacy. Identifying a strategic threat, the U.S. targets China’s technology supply chains in order to undermine Chinese capabilities and to slow down its progress. To do so, the U.S. is hampering China’s 5G network and technology building efforts. It has imposed sanctions on Huawei, the Chinese tech giant, and banned its equipment use in its networks.

The U.S. gave an ultimatum to allies and pushed them to ban Chinese companies from investing in their local 5G infrastructure.

Not only that, but the U.S. gave an ultimatum to allies and pushed them to ban Chinese companies from investing in their local 5G infrastructure. India, the U.K., Italy, France, Romania, and Sweden, to mention a few, have advanced legislations banning China’s technology investments and the use of its equipment in their upcoming 5G networks.

The U.S. has also imposed sanctions on several Chinese advanced technology companies such as artificial intelligence and satellite communication companies for alleged involvement in human rights violations and industrial espionage. However, and despite the U.S. efforts, many countries remain welcoming of Chinese 5G equipment. Germany, Pakistan, the UAE, Qatar, Hungary, Saudi Arabia, and Egypt keep their doors open to working with Huawei and ZTE to build their future communication infrastructure.

Competition over semiconductor and chips industry

At the heart of the technology competition is the semiconductor and chip industry. Up until the beginning of the pandemic, semiconductor and chip supply chains were global and heavily concentrated in Asia, which accounted for roughly two-thirds of the global output. However, the U.S. use of sanctions against Chinese companies caused a panic among the semiconductor and chip suppliers and consumers. For example, the U.S. sought to curtail China’s ability to purchase chips by pressuring sellers such as the Taiwan Semiconductor Manufacturing Company through direct and indirect sanctions. In response, Huawei, a leading recipient of the U.S. technology sanctions, went on a shopping spree scraping all it can from available chips in the market in order to stockpile critical components to its technology products.

Furthermore, the resulting global shortages of chip supplies are leading many prominent manufacturers of cars and technological products to shut down some of their factories as they struggle to secure necessary supplies. China did not stop at stockpiling chips, but sought to gain an edge in the chip making industry, and in 2020, it became the world’s biggest buyer of chip making tools with a total spending of $19 billion.

Fighting back against the U.S. stranglehold, China did not shy away from using its own strong position in global supply chains of rare earth metals.

Feeling the urgency to secure U.S.-based chip supply chains, to cement the U.S. position in the global supply chain of chips, and to increase the pressure on China, earlier in March, Biden called for $50 billion spending to boost the U.S. chip industry. U.S. companies were also worried and sought to find alternatives to Asian supplies. For example, Intel announced that it is set to invest $20 billion in building a plant for chip manufacturing on U.S. soil.

Aware of the seriousness of any potential shortages, the U.S. is actively pursuing and funding the building of local processing plants to help deal with any potential curbs of exports by China. It has also invested with allies like Australia to help de-Chinese the Western supply chains of rare earth metals. Clearly, supply chain mistrust is spreading, and interdependence is seen as a vulnerability by the two superpowers.

India attempted to take advantage of the situation and tried to steer Western supply chains away from China by offering incentives for Western businesses to move shop from China to India. These incentives included, among others, cheaper rents, land allocations, and tax deductions. The U.S. also formed the Quad group consisting of the United States, Australia, Japan, and India to steer them away from falling heavily under Chinese influence. For example, the U.S. has signed agreements with these countries to supply them with U.S. COVID-19 vaccines known as the Quad Vaccine Partnership.

On the Chinese side, the Belt and Road Initiative continues to advance, while strategic agreements are being signed with Russia, Pakistan, and Iran with the aim of positioning China at the heart of global supply chains for raw materials and shipping routes. Despite the hurdles of the pandemic, China signed a new strategic investment treaty with the European Union with the aim of improving mutual investment standards to solidify fair competition and rule of law between the two.

China also flexed its regional economic muscle during the pandemic and managed to advance the Regional Comprehensive Economic Partnership (RCEP), which is a regional free trade agreement that involves 15 Asian nations constituting a third of the global GDP in an attempt to create a regional economic bloc like the U.S. federal system.

China is also building a new global financial infrastructure. The Asian Infrastructure Investment Bank continues to grow its mandate to fund development projects across the world with China playing the key role as a funder. To counter Chinese financial engineering, the U.S. established the American Development Bank to fund private ventures and public-private partnerships in developing countries in order to regain influence from seemingly increased Chinese investment in Africa and Latin America.

Finally, the global supply chain of finance is shifting from the U.S. towards China and other powers as evident by China’s renminbi (yuan) internationalization and its drive for the de-dollarization of global trade.

China-U.S. interdependence is being halted and is retracting. Supply chains are no longer global and economic nationalism is driving the world to divisions that are unlikely to stop anytime soon. Countries other than the U.S. and China are trying to play both sides to maximize their national objectives.

However, as the blurriness of geopolitical, economic, and security alliances fades, countries are likely to find themselves dependent on the supply chains of either the U.S. or China. Global supply chains will stop being reliable sources for goods as shortages, sanctions, politics, and security competition redraw the globe into two blocks with less and less interaction.