The Insurrection and Its Discontents: American Exceptionalism Revisited

Surely, the storming of the U.S. Congress will have global repercussions, not least among them the collective rejection of the outdated notion of American exceptionalism. 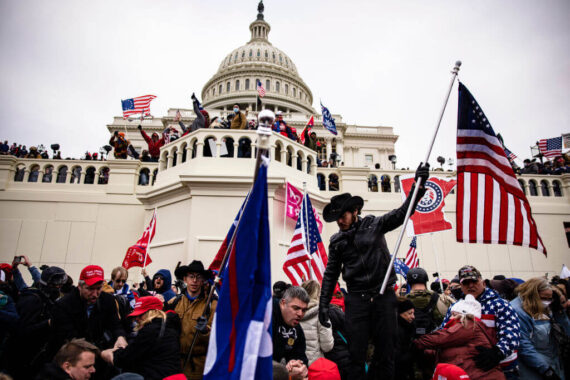 History is rewritten in the United States today. Even the most pessimistic about the prospects of American democracy have rarely ventured out this far while offering a bleak analysis of America’s future, whether in terms of political polarization at home or global standing abroad.

As shocking and certainly telling as the images of thousands of American protesters taking over the symbols of America’s federal, representative democracy in Washington D.C. on January 6, it was only a facet in a far more complex and devastating political trajectory that has been in the making for years.

While mainstream U.S. media has conveniently attributed all of America’s ills to the unruly character of outgoing President Donald Trump, the truth is not quite so convenient. The U.S. has been experiencing an unprecedented political influx at every level of society for years, leading us to believe that the rowdy years of Trump’s Presidency were a mere symptom, not the cause, of America’s political instability.

Even the storming of the congressional halls by angry pro-Trump crowds did not fundamentally alter the make-up of America’s political affiliations. Not only did Democrats remain firmly Democrats, but Republicans also remained entrenched in their republicanism and their allegiance to President Trump. 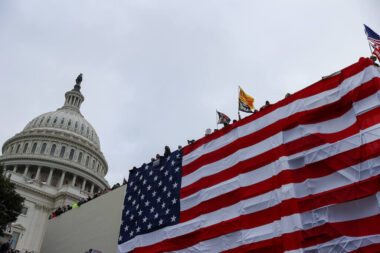 The House of Representatives’ vote on impeaching Trump, which was held on January 13, hardly registered a significant shift even among establishment Republicans. Only ten Republican members of Congress voted to impeach Trump. But how about ordinary people? Have they changed their views on Trump following the congressional insurrection? Hardly.

According to an Economist/YouGov poll published on January 13, 69% of all Republicans surveyed said that activists from the anti-fascist, leftist group, Antifa, are to be blamed for the takeover of the Capitol. While 22% said, they are unsure, a meager 9% agreed that Trump’s supporters instigated the violent events which, even then, should not automatically be understood to be an admission of guilt.

These results should not come as a surprise. The mistrust in the government and media in the U.S. is so widespread to the extent that the country is experiencing two parallel political realities, each committed to a fundamentally different set of aspirations. Each side perceives the other as the enemy, and while still believing in its own version of democracy, it no longer agrees to any functional definition of the term.

This has not always been the case.

In their seminal book, “Manufacturing Consent”, Noam Chomsky and Edward S. Herman provided a comprehensive analysis of how the ‘system,’ the government/ruling classes, big business and mainstream media, has invented the most effective mechanism which allowed the U.S. to ensure two naturally contradicting realities: persistent popular consent within a seemingly democratic governance.

“The beauty of the system … is that … dissent and inconvenient information are kept within bounds and at the margins so that, while their presence shows that the system is not monolithic, they are not large enough to interfere unduly with the domination of the official agenda,” Chomsky and Herman argued. 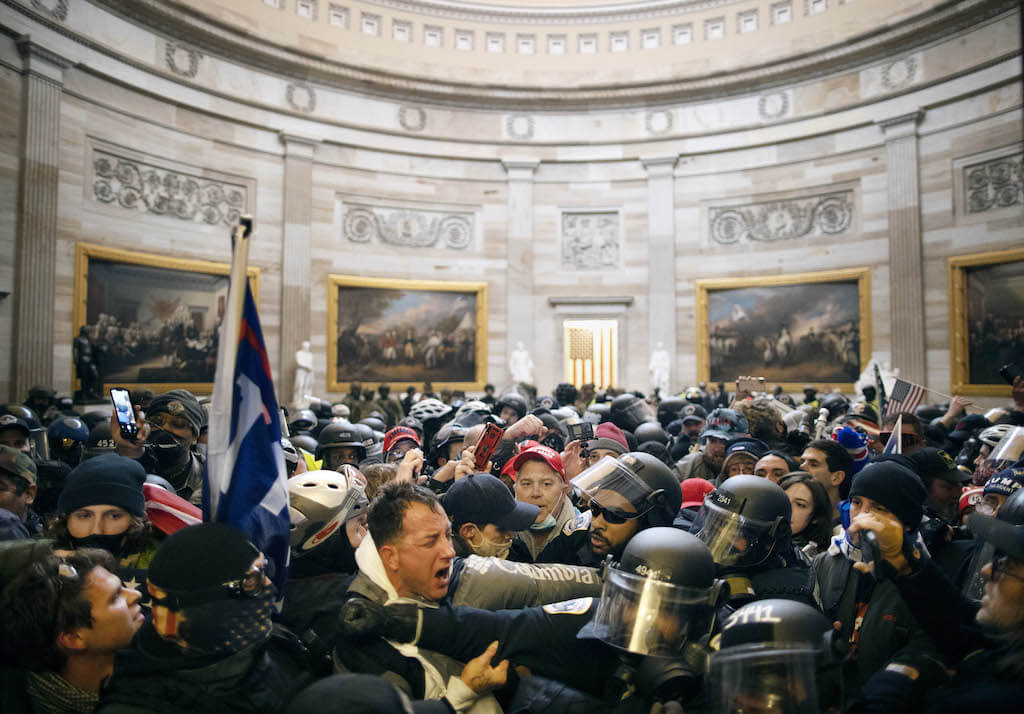 Years later, Chomsky contested that, underneath this facade of democracy, the U.S. is, in actuality, a plutocracy, a country that is dedicated to serving the interests of the powerful few. He also argued that, while the U.S. does operate based on formal democratic structures, these are largely dysfunctional. In an interview with Global Policy Journal in 2019, the famed linguist and historian further asserted that “the U.S. Constitution was framed to thwart the democratic aspirations of most of the public.”

While these realizations have served as the core of the U.S. Left’s ideology, it was most interesting to see American Right constituencies leading what they call the ‘revolution,’ referred to by mainstream media as ‘insurrection.’ Equally interesting, many of Trump’s supporters actually come from working-class and lower-middle-class America, itself a fascinating subject in its own right.

U.S. political polarization, the breakdown of trust between the public and the ruling elites, along with their media allies, will continue unabated.

Regardless of what may transpire in the official investigation of the Capitol’s upheaval, U.S. political polarization, the breakdown of trust between the public and the ruling elites, along with their media allies, will continue unabated. Undoubtedly, the consequences will be dire.

But there is another consequential crisis that is also brewing, ‘American exceptionalism’, a rare meeting point between Democrats and Republicans, is facing its greatest challenge since its coinage sometime in the mid-17th century.

Read: “Trumpism was an aberrational swing of the political pendulum to the extreme right”

Historically, the U.S. has defined and redefined its mission in the world based on lofty spiritual, moral and political maxims, starting with ‘Manifest Destiny’, to fighting communism, to eventually serving as the defender of human rights and democracy around the world, using violence whenever necessary. In truth, ‘protecting human rights’ or ‘restoring democracy’ were mere pretenses often used to provide a moral cover that allows the U.S. to reorder the world for the sake of expanding its market and ensuring its economic dominance.

The late American historian, Howard Zinn, explained in his essay entitled “The Power and the Glory,” the functional meaning of American exceptionalism as such: “… that the United States alone has the right, whether by divine sanction or moral obligation, to bring civilization, or democracy, or liberty to the rest of the world, by violence if necessary …”

Many examples and numerous violent images can be immediately summoned when Zinn’s definition is translated into historical precedents. From the genocide of the Native Americans, to the enslaving of millions of Africans, to the never-ending interventions in South America – starting with the Monroe doctrine of 1823 – all the way to the invasion of Iraq and Afghanistan, American exceptionalism has always served the purpose of reinforcing the notion that America possesses a moral, divine right to do as it pleases for the betterment of mankind.

When former U.S. President George W. Bush took it upon himself to ‘restore democracy’ in Iraq as part of the U.S.-championed ‘war on terror’, his ultimatum to the United Nations reflected both American entitlement and its rooted sense of exceptionalism. “You are either with us or with the terrorists,” he said on September 21, 2001. According to that maxim, the world was divided into categories, of ‘moderates’ and ‘extremists’, ‘with us’ or ‘against us’, ‘Old Europe’ and ‘New Europe”, and so on. Despite the palpable irrationality – let alone arrogance – of that logic, U.S. ‘democratic’ institutions and mainstream media cheered Bush on. The ‘war president’s’ ratings seemed to increase as his rhetoric and actions grew more violent.

But the orchestrated ‘popular consent’ is finally breaking down, raising an unprecedented challenge to the notion of American exceptionalism, a banner under which America’s ruling elites have long united. The more political chaos and societal division widen, the more the notion of exceptionalism will be exposed as bizarre, selfish and unsustainable.

Surely, the storming of the U.S. Congress will have global repercussions, not least among them the collective rejection of the outdated notion of American exceptionalism. But with that, there is also an opportunity: first for Americans to swap their ‘manufactured consent’ with real dialogue; to salvage and, eventually, renew trust in their democratic institutions and second, for the world to challenge America’s hegemonic discourse of fraudulent democracy and other self-serving fables. 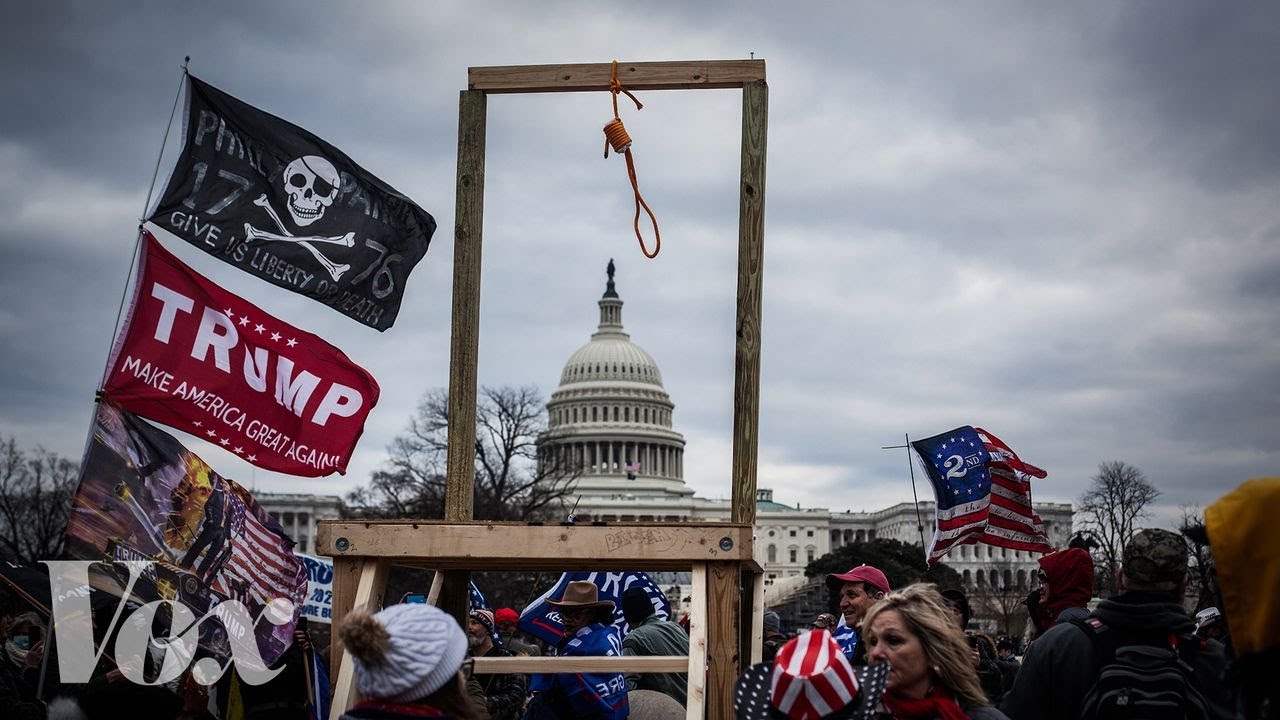 VIDEO: The warning signs before the Capitol riot