The Gulf states no longer hide their conflicts and see no harm in letting external actors publicly discuss them. 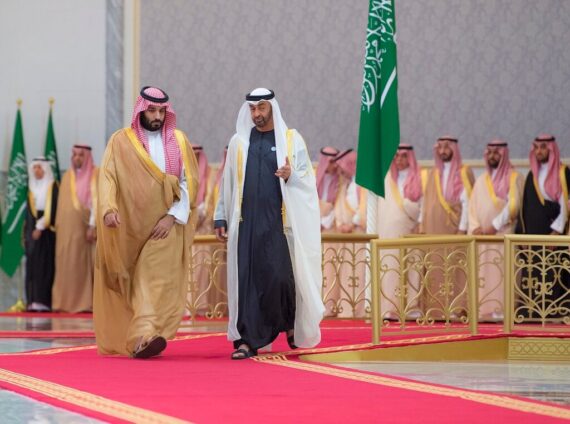 Regional security perceptions of Saudi Arabia and the United Arab Emirates (UAE) concurred regarding regional crises and wars in the Middle East since the Arab uprisings, making the two countries work hand in hand in the economic and military fields. Cooperation of the Saudi and Emirati decision-makers rose to the occasion  during the 2017 Qatar crisis, the marginalization of the Muslim Brotherhood, the Yemen war against the Houthi militia since 2015, and lobbying activities in the U.S. against the Iran Nuclear Deal.

However, following the latest failure of the OPEC (Organization of the Petroleum Exporting Countries) negotiations at the beginning of July 2021, growing discord between the two state actors began attracting attention. On July 5, 2021, the OPEC meeting was cancelled without designating a new date. The disagreement emerged over the UAE’s disapproval of extending the oil production cuts from August 2021 to December 2021. However, on July 14, 2021, Saudi Arabia greed with the UAE to have a higher production baseline of 3.65 million barrels a day from April 2022. In return, the UAE side accepted the earlier decision of the OPEC to extend the production cuts until December 2021.

The OPEC crisis came at the same time as Saudi Arabia’s announcement to amend regulations to exclude the import of products made in free zones, which is the primary income of the UAE. Furthermore, the kingdom decided to impose a travel ban and suspended flights to/from the UAE to stop the spread of the Delta variant of the COVID-19 virus. All of these Saudi decisions, which seemed to come at once against the UAE, signaled the change of the threat perceptions of Saudis and Emiratis regarding regional security.

The recent deterioration of the UAE-Saudi relations did not come out of the blue for Saudis. It happened when Saudi decision-makers realized the emerging security realities in the region, which cannot be dealt with only through economic and military cooperation. Notably, after the decision of the UAE to downsize its military in Yemen in May 2018, Saudi Arabia understood that the humanitarian crisis there would fall on the kingdom’s shoulder. Following the OPEC crisis, Saudis and Emiratis adopted a new narrative shaped by the clash of perceptions based on drastic differences over strategic calculations in the regional security.

Following the OPEC crisis, Saudis and Emiratis adopted a new narrative shaped by the clash of perceptions based on drastic differences over strategic calculations in the regional security.

The traditional Saudi foreign policy of putting political and economic conditionalities to its neighbors in order for their relations to continue began to work against the UAE, undermining its image as a regional ally of Saudi Arabia.

The UAE’s elusive regional perceptions, particularly concerning its economy, forced the Saudi decision-makers to develop a multiple-ally perspective through building trust relations with other regional actors like Qatar, Oman, and Iraq. Likewise, Saudi Arabia underlined the “Gulf unity” in the Al-Ula GCC Summit in January 2021, despite the fact that the summit was facilitated by Kuwait and the U.S. as a sign of the kingdom’s intention to reconstruct its international image as a regional actor favoring stability and peace in the region instead of leading regional crises and wars.

The traditional Saudi foreign policy of putting political and economic conditionalities to its neighbors in order for their relations to continue began to work against the UAE, undermining its image as a regional ally of Saudi Arabia. The most recent demand by the latter was to ask international companies based in the Middle East to move their headquarters to Riyadh if they wish to continue their contracts with the Saudi government.

Saudi Arabia and the UAE disagreed over extending oil production cuts until December 2022 due to the different needs of their economies. While Saudi Arabia is keen on limiting oil production to boost crude prices and ensure the market’s stability, which will allow development projects inside the kingdom to take place, the UAE favors an oil production rise to get over economic challenges created by COVID-19 which impacted the country’s tourism revenues.

The ambitious Saudi Vision 2030 of Crown Prince Mohammed bin Salman (MBS), which was advised by the McKinsey Global Institute (MGI), requires the redefinition of oil income as one of the wealth sources of the kingdom’s economy, in addition to the newly defined sources of state incomes like tourism. The economic diversification plans of King Salman’s government require boosting Saudi nationalism, which would encourage Saudis to invest inside the kingdom rather than in the U.S. or Europe. 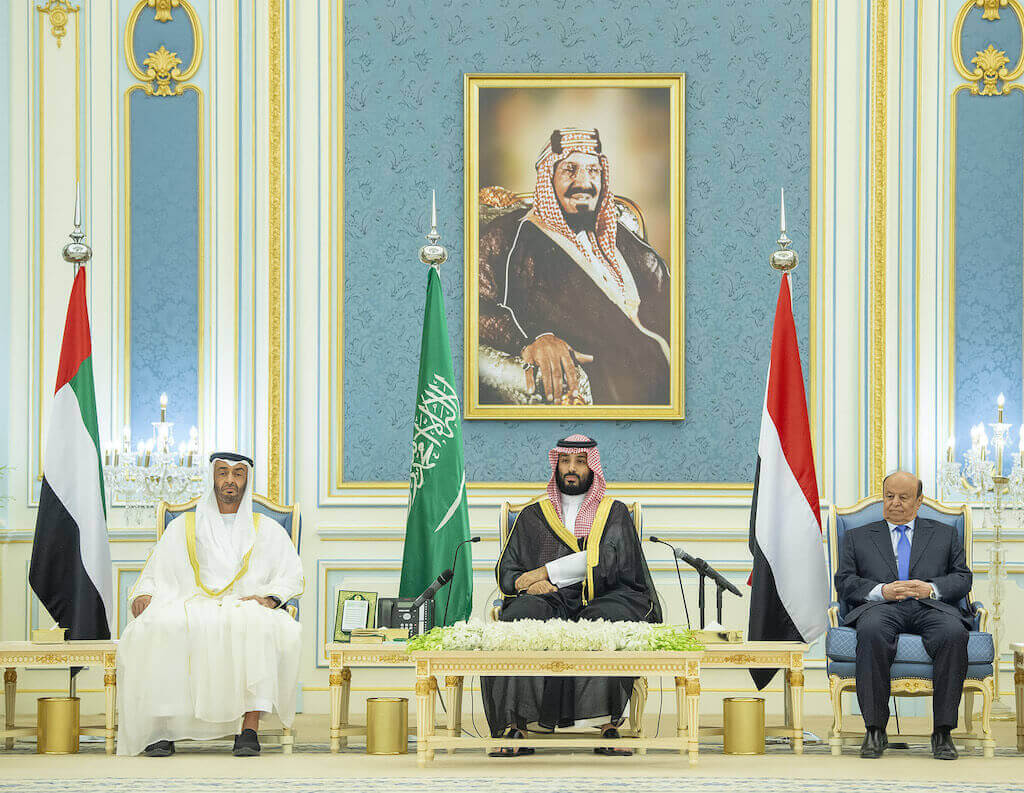 At this point, the impact of Mohammed bin Zayed (MBZ) on the domestic and foreign policies of MBS, as well as his access to U.S. decision-making circles, should be noted. As a young prince who spent his life in Riyadh beside his father, King Salman, MBS does not have sufficient diplomatic experience to build relations with international actors.

The threat perception of the UAE decision-makers regarding the tourism sector had been directed to Qatar, particularly after it was selected to host the 2022 World Cup back in December 2010.

Even though MBZ has been the primary supporter of MBS’s development plans as part of their personal relationship, the economic impacts of the pandemic on the UAE’s tourism sector transformed the UAE’s perception of this relationship. Saudi Arabia’s development projects like NEOM, Amaala, AlUla, and the Red Sea projects began threatening the UAE’s regional status of being a tourism and business hub.

The threat perception of the UAE decision-makers regarding the tourism sector had been directed to Qatar, particularly after it was selected to host the 2022 World Cup back in December 2010. During the 2017 Qatar crisis, the UAE successfully influenced the Saudi government to impose an air, sea, and land blockade on Qatar by publicizing the initiative as a Saudi-led intervention.

Overall, backing MBS’s development plans helped MBZ pursue the UAE’s economic and military interests without being the principal responsible actor – instead he led the process from behind the scenes.

The primary area of the divergence in regional interests was in Yemen when the southern separatists backed by the UAE ousted the Saudi-backed Abdrabbuh Mansur Hadi’s government from Aden in September 2019. Following this, the UAE downsized its troops in Yemen which left the Saudis alone on the ground and portrayed MBS as the principal architect of the humanitarian crisis of Yemen in the international arena.

The rapidity with which cooperation transformed into a standoff was a lesson concerning the UAE’s regional security policies towards the kingdom for the Saudi government, and particularly for MBS. The policies of the UAE changed, especially when it comes to preserving its economic interests.

The realization by Saudi officials of the UAE’s changing regional security perceptions reconstructed the country’s threat perceptions vis-à-vis the UAE. Accordingly, Saudi Arabia attempted to establish closer ties with Iraq and Oman, to reconciliate with Qatar, and even started a diplomatic dialogue with Iran. As part of its new perspective based on building multiple alliances, Saudi Arabia mentioned establishing a more cordial economic relationship with Oman, like developing an industrial zone in Oman for transporting commodities and goods between two countries.

More significantly, MBS redefined Iran as a respectful neighbor and emphasized the possibility of forging a reconciliation. Since his appointment as the minister of defence of the country in January 2015, MBS has fostered hostile rhetoric towards Iran, such as calling the country extremist, and accusing it of supporting terrorist organizations and interfering in the domestic affairs and stability of countries in the region. In contrast, from the point of view of the UAE, Iran does not constitute a significant concern as it has enormous commercial interests in the country.

The changing tone of MBS’s rhetoric towards Iran demonstrated the kingdom’s intention to decrease the number of its enemies while sending messages to its old or existing allies about the kingdom’s shifting perceptions of regional security dynamics. These shifting perceptions can transform old enemies into possible partners, and vice versa, depending on the commitment of the latter to a mutual understanding of the regional dynamics of the kingdom’s development strategies at home.

Another significant departure in the foreign policies of the Saudis and Emiratis is their threat perception towards the Muslim Brotherhood and their understanding of the regional implications for the normalization process with Israel. Although Saudi Arabia declared the Muslim Brotherhood a terrorist organization in 2014, the kingdom did not perceive it as an existential threat at home.

On the contrary, according to Emirati decision-makers, the Muslim Brotherhood-inspired organizations that adopt political Islam constitute a direct threat to the survival of the Gulf ruling families. To illustrate, the UAE showed a similar concern to the rise of political Islam in Libya by supporting Khalifa Haftar, the commander of the Libya National Army (LNA), with advanced weapons.

Although it is necessary for Saudi Arabia and the UAE to buy credits in the U.S. and become preferable players in the ongoing regional competition, normalization with Israel is not easy for Saudi decision-makers who still can’t legitimize starting diplomatic and economic relations with Israel to to their internal audience. While the UAE and Bahrain signed normalization agreements with Israel, known as the “Abraham Peace Accords,” in August 2020, Saudi Arabia just allowed Israel to use its air space en route to Dubai in November 2020, which can be interpreted as a test of public opinion for possible future bilateral relations.

The recent tensions between the UAE and Saudi Arabia revealed that the Gulf states no longer hide their conflicts and see no harm in letting external actors publicly discuss them. This process might lead towards a transformation of the GCC from a family union to a more structured institution where states don’t pretend that they are united against regional crises, but rather accept their differences and negotiate them in public. Thus, the final straw for the Saudi-UAE tension will be continuously redefined by the changing threat perceptions of the Saudi and Emirati decision-makers. 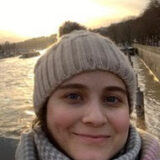 Also Read
Echoes from President Erdoğan’s Saudi Arabia Visit: A Fresh Start?
We use cookies to optimize your online user experience. To learn about our use of cookies and how you can manage your cookie settings, please see our Privacy Policy. By continuing to use our site you are excepting our use of cookies.Accept Cookies & CloseMore Info