If carbon dioxide and other greenhouse gas emissions are not significantly reduced, global warming will reach over 2°C. 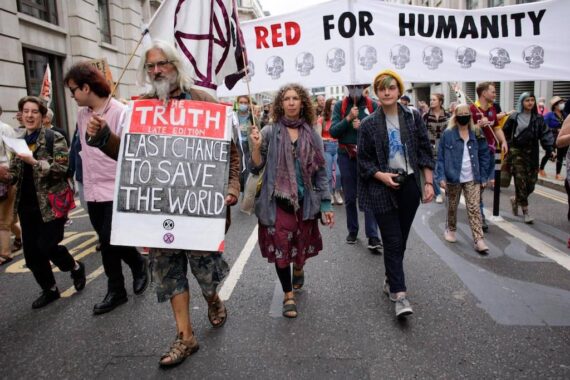 According to a report recently released by the Intergovernmental Panel on Climate Change (IPCC), which is a United Nations body tasked with assessing science-based observations on climate change, human activity is rapidly changing the climate in remarkable ways, thus confirming the debates around the Anthropocene.

The report is the first major review of climate change since 2013 outlining data on the change and how it will affect people all over the world, and mostly those living in cities. The climate change crisis has already arrived. Now the question is: how bad is the situation today and is it too late to prevent it?

A total of 234 authors from over 66 countries who are members of UN working groups claim that it is unequivocal that human influence has warmed the atmosphere, ocean, and land.

The report comes at a time, when the Paris Agreement’s objectives on the global level will be assessed, including the goal to reduce global warming below 2°C while continuing efforts to limit warming to 1.5°C.

The IPCC report also provides information for the review of the 17 Sustainable Development Goals (SDGs) set by UN member states for 2030.

António Guterres, UN secretary-general, made a statement on the report saying that it is a “code red” for humanity. The authors of the report state that only if governments work together and limit burning fuels, is there still hope and time to avoid catastrophic global warming.

Human influence on the climate

The influence of humans on the climate has been scientifically established:  rapid and large-scale changes are happening in the atmosphere, oceans, cryosphere, and biosphere, which impact the weather conditions on Earth. Examples of this human-generated ecological crisis are droughts, heavy precipitation, and floods, which have all increased since the IPCC Fifth Assessment Report (AR5, 2013-2014).

According to the Sixth Assessment Report (AR6, 2020-2021), it is beyond doubt that hot extremes became more intense since the 1950s, while cold extremes have become less intense. The report claims that emissions of greenhouse gases are the major cause behind global climate. The authors noted the following remarkable finding: “Some recent hot extremes observed over the past decade would have been extremely unlikely to occur without human influence on the climate system.”

The IPCC scientists warn that we will exceed 2°C warming in the coming decades, heat waves will increase, and shorter cold seasons and longer warm seasons will be the norm. The observed evidence for extreme changes includes increased frequency and intensity of extreme heat, oceanic heat waves, heavy rainfall, droughts affecting agriculture, intense tropical cyclones, and reductions in Arctic Sea ice. All the above, according to the report, are effects of human influence.

By 2050, according to all scenarios, global warming will increase and exceed 1.5°C. If carbon dioxide and other greenhouse gas emissions are not significantly reduced in the coming decades, global warming will reach over 2°C at some point in the 21st century. The consequences of this scenario would be detrimental changes in the climate system, including an increase in the frequency and intensity of heat waves, heavy precipitation, drought, and the melting of the Arctic ice pack, snow cover and permafrost as well as changes in the hydrological cycle (variability between years or intensity of extreme events such as droughts or floods).

How can we limit climate change?

Is there a way to limit the climate change which the entire world is already experiencing? Many of the effects of current climate changes are irreversible for hundreds or thousands of years, especially regarding oceans, ice sheets, and sea levels.

According to the report, to confine global warning to a certain level, at least CO₂ emissions and other greenhouse gas emissions must be significantly reduced. In particular, a rapid and sustained reduction in methane (CH₄) emissions would offset the warming associated with aerosol-producing air pollutants and improve air quality.

Also Read
The Great Climate Upheaval: One Billion People are Expected to Migrate by 2050