One way or another, the Russian threat discourse constitutes the backbone of NATO membership debates in Sweden. 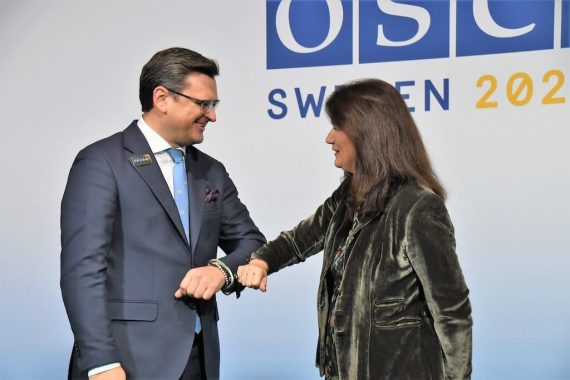 As diplomatic and military tensions increased between Russia and the West in and around Ukraine, European security came to the fore again as the focal point of the debate over the past year. Russia has been blamed for attempting to change the post-Cold War security order in Europe as Moscow demanded legally binding security guarantees from the U.S. and its NATO allies at the end of 2021.

The U.S. and NATO have already given some written answers to the Russian side, but the Kremlin says its demands have yet to be met or have even been ignored by the West. In the current situation, the parties entered a cul-de-sac of (in)security, where a zero-sum game for both Russia and the West is unavoidable – unless they decide to ignite another world war.

In this whole picture, the future of European security architecture seems somewhat blurry in the years to come. On the one hand, Russia wants to augment disagreements, hereby enhancing geopolitical fault lines among the EU member states in order to reduce Europe’s common decision-making capacity. On the other hand, NATO, which comprises most EU countries, so far could not agree on a security pact to deter Russia.

However, there are third parties in Europe that have been affected the most by these decades-old geopolitical and military rivalries between Russia, the U.S., and NATO. Needless to say, first and foremost, this includes Sweden – namely Europe’s and Russia’s upper north on the edge of the map. As the largest country in population and the strongest by virtue of its historical and political peculiarities among the Nordic countries, Sweden is well known for its non-alignment with a military bloc in its foreign affairs – if not for its political neutrality. Sweden has been a member state of the EU since 1995, but is not a member of NATO.

The Swedish leadership has adopted this policy since the postwar period. The country has focused on creating a welfare social state model, which greatly succeeded in the 1970s and ’80s, and was identified with former prime minister Olof Palme, who was assassinated in 1986. Palme and his fellow social democrats assumed a path of independence, assuring that Sweden does not interfere in military conflicts as part of its foreign policy, and utterly objected to NATO membership during and after the Cold War.

This time, however, the country has become an object of Western policy-making in security spheres, especially as non-conventional security threats have been challenging Sweden for decades, mostly due to the wrongdoings of the U.S., NATO, and the EU in the Middle East and North Africa. New-generation leaders of both social democrats and center right-wing moderates have confronted such problems as the West continued to make geopolitical and military mistakes in Iraq, Syria, Libya, Afghanistan, and elsewhere around the Mediterranean and the Near East.

No doubt, the current migrant crisis with a massive refugee influx was these interventions’ most concrete outcome and/or repercussion. This problem has led to the decline of the aforementioned welfare state paradigm, inter alia, triggered the rise of anti-migrant sentiments and xenophobia, Islamophobia, and racism, hereby shrinking the so-called liberal values of the Swedish social democracy.

Public debates regarding a possible Swedish membership in NATO have dominated Sweden’s polity for decades during which the two camps have been competing with each other on issues of foreign and security policies. Over the last decade, this situation has drastically changed in favor of NATO advocators at a time when, in February 2013, in front of the media, former Swedish chief of the armed forces Sverker Göranson said that the Scandinavian country would only be able to hold off an attack for “about a week.”

This was a realist confession by a high-ranking army officer before the Swedish public, whose perception of military threat in the last three centuries was no doubt much more related with Russia. When relations between Russia and the West entering the low point of the Cold War following the annexation of Crimea in 2014, the NATO debate in Sweden also accelerated as policy-makers and the Swedish media all together overexaggerated the alleged “Russian threat” in order to securitize the country’s most feared “historical enemy,” namely Russia. 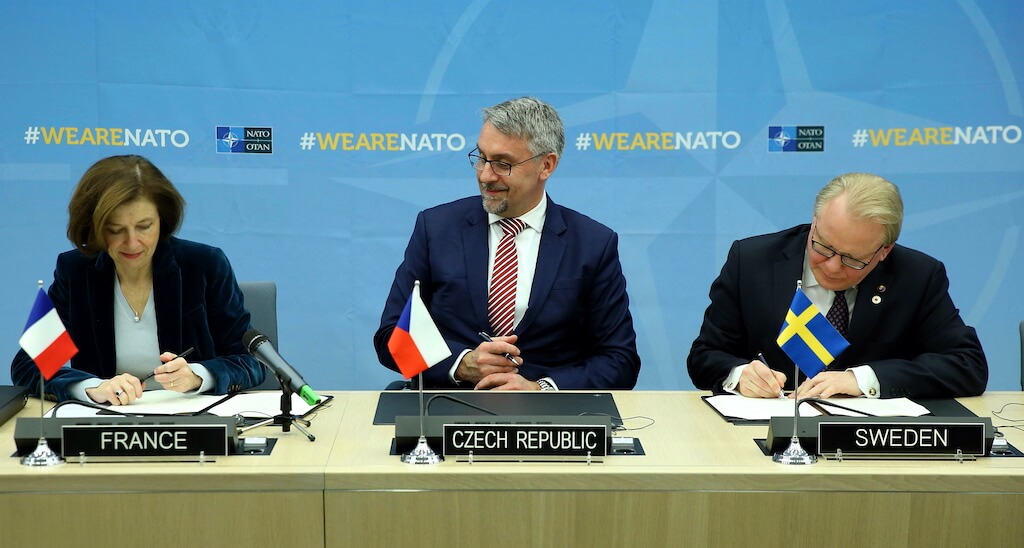 In the current situation, while Moscow and Western capitals have been accusing each other of escalating the crisis and tension over Ukraine’s break-away regions in the southeast Donbas basin, non-NATO countries near Russia like Sweden and Finland, have started to feel the ages-old security dilemma vis-à-vis the so-called Russian threat on their borders. Looking back in history, since the 18th century, these two countries together with the Baltic trio and Poland, have had negative experiences with Russia and these problematic past relations and path dependency still negatively influence the formal and informal cultures, institutions, and mentalities in these countries and among their people(s).

Non-NATO countries near Russia like Sweden and Finland, have started to feel the ages-old security dilemma vis-à-vis the so-called Russian threat on their borders.

As for Sweden, the post-Westphalian superiority of the Swedish Kingdom in the north was lost to Russia at Poltava during the Great Northern War of the early 18th century. In many ways, Russia’s resurgent post-Soviet foreign policy under Vladimir Putin resembles for the Swedes today the age of Peter the Great in the early 1700s – a time when the fear of Russia, namely rysskräck, or “Russophopia,” emerged and was later institutionalized to this day.

From the Russian side, this path dependency is also seen as one of the main sources of the Russian threat rhetoric in Sweden, but nevertheless, it does not necessarily explain the whole picture with regard to the NATO debate in the country. Rather, there are also other arguments which either recommend or discourage the government on armament and military spending. These debates have been used by both social democrats and moderates in order to maintain political neutrality or military non-alignment, as well as to pay attention to the increasing security needs of the country in the Baltic and the Arctic where in recent years Russia has been muscling its military might.

Hence, NATO supporters have gradually gained ground and the erstwhile “peaceful” social democrats became hawkish advocators of militarization; in October 2020, the minority government approved to increase the defense budget by approximately 40% for 2021-25. This move has also brought lots of claims from inside and outside the country. While some say the Swedish government and the media have been using the “Russian aggression” narrative as a pretext to enhance military spending, other arguments reject this approach and blame the Kremlin for the alleged pro-Russian propaganda and disinformation, which accuses the Swedish establishment of reinventing and spreading “Russophobia” across society.

Sweden has been divided over NATO membership; however, according to recent surveys, the general public tends to give support to the country’s bid to join the alliance with a slim majority.

In brief, both claims attempt to securitize Sweden’s long-lasting NATO debates, and it seems the situation will be continued as long as the tension soars between the West and Russia in the months and years to come. It is clear that both at state and society levels, Sweden has been divided over NATO membership; however, according to recent surveys, the general public tends to give support to the country’s bid to join the alliance with a slim majority.

One way or another, the so-called Russia threat discourse constitutes the backbone of these debates in Sweden, and the country is coming closer to the Western alliance, not only in political terms, but also with a full-fledged military partnership. Stockholm has been already cooperating with NATO through the Partnership for Peace program since 1994 and it is likely that the security challenges posed by Russia will trigger a NATO debate in favor of the advocators.

A priori thoughts suggest a possible Swedish NATO membership, but in praxis the Swedish leadership has so far not formally applied to the alliance. Yet, Sweden, in particular, and Scandinavia, as a whole, have lost the principle of non-alignment in foreign and security policies and tended to lean on the U.S.-led NATO bloc against Russia’s recent assertiveness in and around Eastern Europe. From the former foreign minister Carl Bildt to the incumbent Ann Linde, the Swedish foreign policy decision-makers have already expressed Stockholm’s show of support to Kiev on the current security deadlock between Russia and the West.

In Moscow, however, Stockholm’s pro-Ukrainian stance has also been deemed as its intention to access NATO – a move that the Kremlin fundamentally opposes for security reasons.

In Moscow, however, Stockholm’s pro-Ukrainian stance has also been deemed as its intention to access NATO – a move that the Kremlin fundamentally opposes for security reasons. Thus, the Russian Foreign Ministry has warned NATO over possible Swedish and Finnish bids to join, although both countries’ membership issue was not mentioned in the security guarantees which Moscow has demanded from the U.S. and the alliance.

Following the Russian move, the Swedish side did not publicly state their intention to join NATO, but both Prime Minister Magdalena Andersson and Foreign Minister Ann Linde stated that it is up to Stockholm whether to join NATO as they signalled closer cooperation with the security pact.

Therefore, Sweden is still ambivalent about its membership in NATO, but the country’s policy-makers intend to deepen the cooperation with the bloc as long as the current crises persist with Russia, particularly in eastern Ukraine and on the Polish-Belarusian border. Presumably, Sweden’s primary security concerns for the time being are much more connected with another refugee crisis that might emerge as a result of the likelihood of conflict in these respective countries.

Nobody in Sweden expects that Russia will attack Swedish territory in the near future though Russian war planes and ships sometimes violate the Swedish Baltic waters and air space. What is more, the 30-member-strong defense bloc is not able to take comprehensive decisions on European collective security, especially to deter Russia. Some critics also point out that the country’s close neighbors in Scandinavia, namely Denmark and Norway, have been assured American allies since they are staunch members of NATO since 1949.

In Sweden and Finland on the contrary, prudent remarks and approaches suggest a closer defense cooperation with NATO would be beneficial in the medium term. At the same time, preserving the geopolitical and military balance between the U.S. and Russia is a sine qua non given the fact that Sweden and Finland are coterminous with Russia. In sum, the so-called Russian threat for the Swedes is perceived as a negative historical legacy and not an imminent challenge to the country’s fragile security.

Eşref Yalınkılıçlı is a Eurasia analyst based in Moscow, and a broadcast journalist at Turkish Radio and Television Corporation (TRT). He covers and writes about Russia and the post-Soviet space, as well as Turkey’s foreign relations with Russia, Central Asia, and the Caucasus. Yalınkılıçlı earned his master’s degree at the IRES Institute for Russian and Eurasian Studies at Uppsala University in Sweden.