In five months of consecutive talks, the Taliban and the Afghan government were not able to move forward with solving the current dilemma of Afghanistan. Here is why. 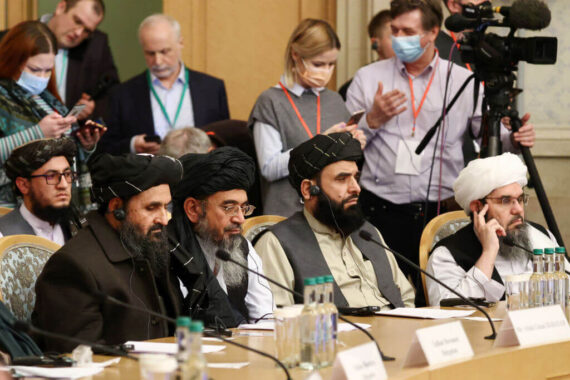 Since the start of the intra-Afghan negotiations on September 12, 2020, there is a genuine excitement among ordinary Afghans regarding peace talks and a possible reconciliation with the Taliban. The high level of optimism is partly driven by the fact that the U.S. and the international community are supporting the peace negotiations. On matters that allow it, the international community, led by the U.S., has been persuading both sides to offer a compromise to speed up the reconciliation process and end the tragic war in Afghanistan.

It is important to note that the United States’ role as a global power has been crucial in the intra-Afghan negotiations. Previously, the U.S. had no intention to engage directly with the Taliban and similarly the Taliban refused to negotiate with the Kabul government, considering it a puppet regime. The result has been a deadly stalemate and prolongation of a senseless war.

However, all sides of the conflict in Afghanistan are talking now, which is a very encouraging sign for peace and reconciliation in the war-ravaged country. One clear issue is that the Afghan conflict has no military solution. Fortunately, the U.S. has realized this vital fact. Most American generals, politicians, and military analysts agree that the Afghan conflict is in a stalemate with no military solution in sight.

Most American military leaders like retired U.S. Army Brigadier General Don Bolduc agree that it would be hard for the Kabul government to survive in the case of a U.S. pullout. Another positive development is that the Biden administration appears to be eager to find a political solution to the Afghan conflict.

On the other hand, to convince Biden to withdraw U.S. forces fully from Afghanistan and to honor the U.S.-Taliban Doha Agreement, the Taliban’s leadership on February 16, 2021 issued an open letter addressed to the American people. In this letter, the Taliban called on Washington to remain fully committed to the agreement that was reached in Qatar a year ago and paved the way for ongoing intra-Afghan peace talks.

In fact, the intra-Afghan negotiation which started on September 12, 2020 in Doha, Qatar seemed a failed attempt to find an agreed solution to the current Afghan war. In five months of consecutive talks, the Taliban and the Afghan government were not able to move forward with solving the current dilemma of Afghanistan. Here is why.

The intra-Afghan negotiations in Doha were not instigated according to the expected schedule, but even with their late commencement, so far, the Taliban and the Afghan government have only been able to work on the agenda of the dialogue. In addition, the talks were later affected by the results of U.S. elections which were won by the Democrats and which saw Joe Biden elected as the president of the United States.

In fact, both the Afghan government and the Taliban used delaying tactics to wait for the new U.S. foreign policy regarding the Afghan peace process. The United States’ new government announced that the Doha Agreement will be reviewed and reevaluated.

This announcement apparently indicated that the agreement may face challenges. As a result, the Taliban retreated from the talks and visited countries like Uzbekistan, Turkmenistan, Iran, Pakistan, and even Russia while the delegation of the Afghan government was still in Qatar.

The conference aimed to attract regional support for the Afghan peace process and make Afghans discuss the current political and military stalemate.

The Taliban once more emphasized that the U.S. should honor the Doha Agreement and withdraw by May 1, 2021; they claimed that if Afghans sit around a table, they can easily find a solution to the current crisis in their country.

On the other hand, in March 2021, U.S. Secretary of State Antony Blinken sent a letter to Afghan President Ashraf Ghani and Abdullah Abdullah who leads the High Council for National Reconciliation (HCNR) in which he signaled displeasure at the slow pace of peace negotiations.

Colm Quinn, a foreign policy journalist, rightly reports that the letter indicates three ways for future endeavors to bring peace to Afghanistan: to “move matters more fundamentally and quickly” towards peace, holding ministerial-level talks between representatives from Russia, China, Pakistan, Iran, and India together with the United States to discuss a “unified approach”; a senior-level meeting between the Taliban and the Afghan government hosted by Turkey to take place “in the coming weeks”; and a proposal to implement a 90-day reduction in violence intended to prevent a spring offensive by the Taliban.

A peaceful outcome for Afghanistan can only be reached with a deal between the Taliban and the remaining Afghan political parties including the Afghan government. The upcoming conference in Turkey plays an important role in putting an end to the conflict in Afghanistan and the United States.

Under U.S. President Biden, the Americans will support diplomacy, even if the ultimate goal of the U.S. national security strategy is to ensure that Afghanistan never becomes a safe haven for terrorists to attack the United States. In addition to the aforementioned conditions in Blinken’s leaked letter to Ghani and Abdullah, the Taliban is asking the U.S. to release their remaining prisoners, estimated at 7,000, and remove them off its blacklist.

On the Afghan side, the desire for peace is obvious. Afghans have suffered enormously during the past 20 years of conflict. Almost, all Afghans across the country support peace negotiations with the Taliban.

In the meantime, the conflict is becoming deadlier. Afghanistan has surpassed Iraq and Syria as the world’s deadliest terrorist hot spot. Last year, according to the report by the Special Inspector General for Afghanistan Reconstruction (SIGAR), Afghanistan suffered more than 18,000 deadly attacks, leaving thousands dead and more than 5,000 wounded.

There is a general despair among Afghans. Those who can afford to leave the country, are all leaving for Europe and other destinations. Internal displacement is another huge social and economic problem, impacting millions of poor Afghans. In addition, the U.N. says that thousands of Afghans in the provinces of Helmand, Uruzgan, Kunduz, and Ghazni have been displaced during the recent war.

Considering these pressing social, economic, and military problems, the intra-Afghan peace dialogue in Turkey in the near future is a welcoming sign of hope. These talks have the support of the majority of ordinary Afghans. Most Afghans believe that a negotiated settlement is the only realistic option to end the conflict.

Fortunately, there is growing regional support for a negotiated settlement. U.S. special envoy to Afghanistan Zalmay Khalilzad’s trip to Pakistan, Russia demonstrated that Pakistan and Moscow and other regional countries will cooperate with the U.S. and Afghans regarding the intra-Afghan peace talks with the Taliban in Turkey. This is a sign of the region’s commitment to assist all Afghan parties to end the senseless war.

More than 60% of Afghanistan’s population is below the age of 30 as per the report by the International Organization for Migration. Thus, the role and responsibility of the Afghan youth within the context of the peace process cannot be ignored. The Afghan youth must be part of the process and must be consulted.

Finally, Afghans have a historical perspective. In their recent history of winning a war and losing peace, they have experienced both the Geneva Accords in 1988 and the Bonn Conference in 2001. Afghans and their representatives in Kabul know that if they don’t participate in the conference on Afghanistan in Turkey, foreign powers will chart their destiny. They know that if they don’t take charge of events, foreign powers (international and regional) will form a government which will not be in their best interests. Together, let’s make 2021 the year of peace for Afghans and Afghanistan. 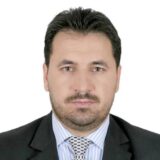 Faiz Muhammad Zaland is Assistant Professor at Kabul University. He is a Kabul-based political commentator, Afghanistan.