Suicide Bombings in Iraq: A Return to Security Chaos?

Did Daesh (ISIS) rise from the ashes in Iraq? 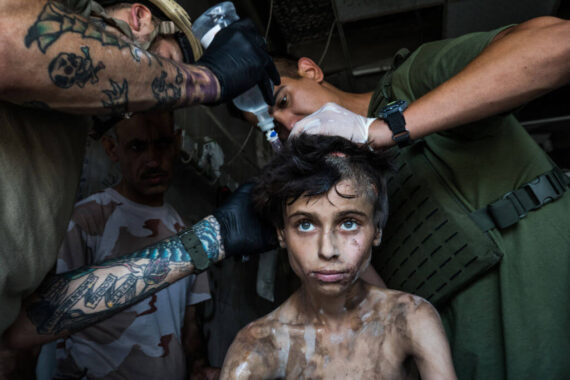 During fightings against DAESH in the Old City in Mosul, some children had to wear a suicide vest every morning when they wake up. They should be ready to attack the Iraqi army. Photo by Afshin Ismaeli, SOPA Images via Getty Images

Daesh (ISIS) violence has returned to Iraq and has started yet again to threaten the country’s stability. A couple of suicide bombings in central Baghdad on January 21, 2021, in which dozens of civilians were killed and wounded, made this clear.

The initial scenes bore the fingerprints of the terror group Daesh: It sends suicide bombers to blow themselves up amid innocent people. It is a shameful tactic they do not shy away from.

Baghdad has witnessed intense security deployment since December 2020 with al-Kazemi’s government trying to show its security might. Yet military checkpoints couldn’t prevent security breaches, some of which were aggressive and had major political and security repercussions for the country.

Read: Why are Iraq’s Politicians Worried about A Dead Dictator’s Daughter?

Daesh wanted to send several messages by this attack in a critical location and at an important moment. One message was to their supporters to let them know that the “Islamic State” still exists and is alive and kicking. Another message was meant for Daesh’s enemies to notify them that Daesh still poses a major security threat and is capable of targeting vital areas.

The announcement of the defeat of the “Islamic State” and the elimination of its political project by the end of 2017 wasn’t enough. There is a certain confusion surrounding the understanding of the project of the “Caliphate” and there is an underestimation of the strength of the organization, which makes Daesh capable of quickly adapting to field developments. Daesh enjoys a great deal of flexibility which allows it to shift its approach, and it has a decentralized leadership which allows the group to carry out various attacks in many areas in Iraq and Syria.

Daesh Moves Its Terror to the City

The suicide attacks against civilians show that Daesh has moved to another stage in which it uses its military tactics in a strategic way and based on the notion of “terror in cities.” This means carrying out two suicide attacks in the same place to inflict the highest number of casualties, or sending car bombs, or both. This approach is considered a key part of Daesh’s strategy to create sectarian tension and provoke reprisals between Shiites and Sunnis. The recent bombings confirm that Daesh may be preparing a lot of surprises in the near future.

Daesh’s return to the Iraqi scene was not surprising. The local causes and conditions that led to its emergence are still present, and are conducive to its return. Moreover, these reasons multiplied due to the continuation of political chaos and the complex regional conflict.

Furthermore, Daesh takes advantage of the lack of security caused by the mismanagement of the latter and military agencies, the incoordination, and the weakening of the military’s role in supporting the international coalition against Daesh, especially the U.S. forces, after the escalation of tensions between Washington and Tehran through the Iran-supported militias in Iraq.

With the outbreak of the COVID19 pandemic, the training mission of the International Coalition Forces and NATO military operations were suspended for a period of two months. This meant that the U.S. forces has switched to defense mode, which caused the disruption of intelligence sharing and the suspension of planning and aerial support. Furthermore, Australia, Spain, France, the United Kingdom, New Zealand, Portugal, and the Netherlands announced the withdrawal of all their trainers, which affected the performance of the Iraqi forces fighting against Daesh.

One can accept that security weaknesses can occur in any country in the world, including countries with effective security services. However, the repetition of the same security breaches in Iraq over and over again costs the country enormous human and material losses.

Suicide bombings didn’t recommence in Iraq purely due to the lack of efficiency in the security and military apparatuses, but rather there is a set of political reasons behind this development and as a result, the Iraqi security institutions were unable to perform their tasks efficiently.

Political conflicts make decision-makers lose their ability to implement proper measures due to the lack of a clear vision and external influence on the political decision-making process. For instance, the dialogue between Iraq and the U.S. was meant to bring good results, but the rejection of the Popular Mobilization Forces (PMF) and the presence of U.S. forces in Iraq led to a clash of the U.S. and Iraqi policies.

In fact, the politicization of the terrorist attacks and sectarian polarization serve the very goal that Daesh seeks.

When it comes to the role of the Iraqi government in combating suicide bombings, we see that political leaders are not serious enough to employ a comprehensive security strategy in confronting this type of terror attacks. This is due to a structural defect and a dysfunction within the Iraqi security services.

There is a lack of centralization in the decision-making when it comes to security issues arising from the conflict between government security agencies and irregular forces operating outside the state control. There is also a lack of intelligence sharing which weakens the ability of preempting threats.

Despite all the above, the Iraqi government’s intelligence services detected the plan of the twin suicide bombings in central Baghdad two months before it took place. However, those in charge of security did not take the information seriously.

The spokesperson for the Commander-in-Chief of the Armed Forces of Iraq, Major General Yahya Rasool, stated that “the suicide bombers detonated themselves while being pursued by the security forces.” This is another piece of evidence that testifies to the lack of security that enabled the suicide bombers to reach deep into Baghdad without being stopped.

The most important question is how this impacts the political scene in Iraq. Suicide bombings came after the government’s announcement of postponing the parliamentary elections to October 10, 2021, to give the authorities more time to register voters and new parties.

Read: What Is China’s Endgame in Northern Iraq?

In Iraqi society’s memory, suicide bombings are associated with targeting voting stations, a reoccurring phenomenon of the past years, and, and therefore, their reappearance might affect voter participation in the elections.

In one respect, the bombings took place near Tahrir Square, the center of demonstrations against the political parties and militias affiliated with Iran. Consequently, “protecting the demonstrators” from terror attacks may be used as a pretext for suppressing and ending the demonstrations.

The recent suicide bombings are considered a quantum leap in the tactics of Daesh, and have proved the organization’s ability to rise from the ashes. Without intelligence superiority, the Iraqi security services will remain unable to detect the next suicide attack. If the political chaos and regional conflicts that turned Iraq into a battlefield of proxies continues, similar suicide bombings are likely to occur again in the coming period. 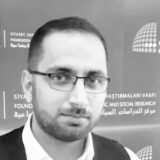 Othman Riyadh is a research assistant at SETA Foundation's Foreign Policy Research Program. He is a doctoral candidate at Atilim University. He has an MBA in Crisis Management from Middle East University, Jordan and a BA in Business from Tikrit University, Iraq.