Undermined by its ideological and political contradictions, Islamism failed to emerge as the dominant force to take over the state following the Arab Spring. 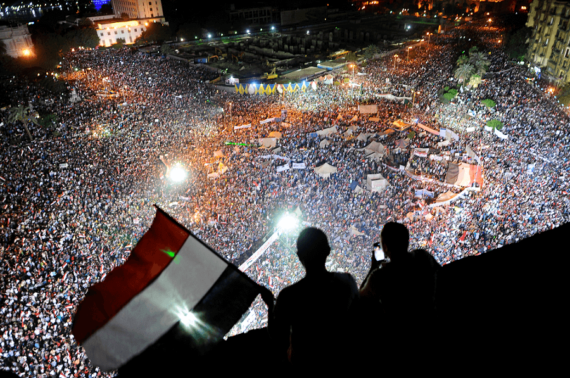 Many scholars and pundits of the MENA region are wondering why the Islamists did not take over during the massive protests known as the “Arab Spring.” This question is relevant to the extent that political Islam for many decades has been a popular movement that has threatened regimes marked by a deficit of legitimacy.

To address this issue, we need to bear in mind that the ideological references of Islamism pertain to a sort of utopia which prevented the movement from being politically efficient. Many Islamists became aware of this ideological handicap, seeking another path in order to play a role in the state institutions.

Islamism can be defined as a resistance to the inescapable secularization, or at least, an attempt to bargain the place of religion in the public sphere. Facing the social and cultural transformations of past colonization and current globalization, religious consciousness is worried about the future of Islam.

Hence the demand for the implementation of Islamic law, sharia. But this demand is not limited to the judiciary; it encompasses a worldview that dictates how the state and society should be.

In this regard, Islamism is a utopia expressing the desire for a perfect society and a fair state. The utopia is about building a social world where selfishness does not exist. For instance, in the Islamist literature of the 1980s in Algeria, including the weekly publication Al Munqid, the issue of underdevelopment was explained by mismanagement and bad economic policy.

The idea is that despite the fact that God created enough wealth, poverty is widespread and it is the result of the rulers’ corruption and selfishness. To reach this utopian goal, the state needs to be run by righteous people who fear God and who are not prone to corruption. Islamists are in search of the ideal government and the ideal leaders in a society marked by fairness.

In the past, this ideal was embodied by the Sufis who abandoned mundane life. The perfect man could not live in an imperfect society. So, he escapes it by isolating himself in ‘ribat’(an Islamic monastery) looking for the way indicated by the sacred scriptures. However, Sufism faded away for historical and sociological reasons. The utopia it embodied was captured by Islamism which ironically secularized it.

Indeed, Islamism does not teach the abandonment of society; on the contrary, Islamists dream of changing society by asking the state to implement Islamic law. The goal is to transform society into a community of brothers and sisters where selfishness has no place. This utopia has its roots in the mythical past of the ancestors (salafs) who were supposedly perfect. It nurtures the expectations of people dreaming of a state in the service of the poor, the widows, and the orphans.

Islamism is also a contradictory product of modernity; it is modern to the extent it empowers popular masses to be heard in the political realm.

Islamists are not engaged in the preparation of the faithful for the afterlife. They are committed to running the state in order to improve the material conditions of the everyday life of the destitute and the have-nots. This feature shows that Islamism is not a religious reform movement but a political movement using religion as a resource for mobilization and inspiration.

Islamism is also a contradictory product of modernity; it is modern to the extent it empowers popular masses to be heard in the political realm. We need to bear in mind that in traditional Islam, people should obey God and if a ruler respects the principles of religion, they should obey the ruler as well.

From this vantage point, Islamism is a modern ideology; however, it contradicts itself by refusing the notion of human sovereignty and by stating that only God enacts the laws. Islamism does not differentiate between religious morals contained in the sacred text and civil law enacted by the state. By rejecting society as a source of law, Islamism condemns itself to be a medieval ideology that frightens the elites and sections of middle urban classes aspiring to civil and political freedom.

Different generations of Islamists have had varying opinions on how to overcome the resistance of the regimes they opposed. At the end of the 1990s, a new discourse emerged that broke up with the violent teachings of Abul Ala Mawdudi and Sayyid Qutb.

The excessive violence in Egypt and Algeria led to a split of the movement: a mainstream approach to take over the state peacefully through the electoral process, and a minority trend supporting Al-Qaida and Daesh. It is worth noting that the Muslim Brotherhood in Egypt accepted to create a party (Justice and Liberty Party), meaning that by implication they saw themselves as a political party among others, while in the past they claimed to be the party of all the Egyptians.

Islamism evolved towards what is called “post-Islamism,” inspired by the Turkish experience as embodied by Recep Tayyip Erdoğan.

By foregoing violence to take over the state and by accepting other parties as legitimate competitors, Islamism evolved towards what is called “post-Islamism,” inspired by the Turkish experience as embodied by Recep Tayyip Erdoğan. Islamists took part in elections, and in some countries, they won. They won in Tunisia in 2011, and in Egypt and Morocco in 2012 following the nationwide protests.

The internet factor, as a societal phenomenon, reduced the influence of the Islamist discourse among young people. Multiple debates in many virtual forums gave the opportunity to oppose the Islamist views on society, women, culture, etc. There was a sort of deconsecration of the Islamist discourse with the idea that the verses of the Koran could have many different interpretations. This deconsecration was made possible by the free speech that was encouraged by anonymity on social media.

Some young people went as far as to claim to be atheists, and others questioned Muslim theology. At the university, professors and students engaged in debates questioning the religious authority of thinkers such as Al Ghazali and Ibn Taymiyyah.

There is a climate never seen before where people are demanding a reform of the theology inherited from the past. Students have started to read Mohamed Shahrour, Mohamed Taha, Mohammed Arkoun, among others.

Undermined by its ideological and political contradictions, Islamism failed to emerge as the dominant force to take over the state following the Arab Spring. The Islamists do not see themselves any more as the party of the nation; they have accepted to be one party among others.

In Tunisia, they backed down on issues of women and freedom of consciousness. In Morocco, they aligned with the king who kept the army and the foreign affairs under his control, despite having gained more seats in the National Assembly than any other party.

In Egypt and Algeria, certain Islamists are seeking the blessing of the military to take part in the state institutions. In Iraq, Sunni Islamism has been weakened by the excesses of violence perpetrated by Daesh. It leaves a space to Shiite groups to be more active, whether they align themselves with Tehran or not.