The next question is about a possible Sino-American clash over Taiwan with no end in sight to China's provocations in and the U.S. commitment to Taiwan. 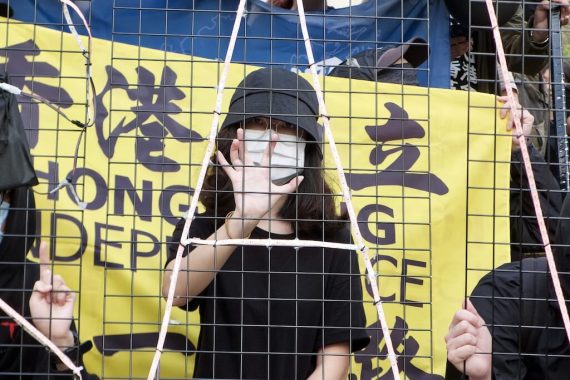 About 500 protestors gather during a demonstration calling for the liberation of the 12 Hong Konger held by China after trying to flee to Taiwan, on October 25, 2020 in Taipei, Taiwan. Photo by Walid Berrazeg, Anadolu Images

Recent months have seen the People’s Republic of China (PRC) adopting an increasingly belligerent posture towards Taiwan, as evident in undertaking aerial incursions into the latter’s Air Defense Identification Zone (ADIZ) in unprecedented numbers and repeated statements denouncing any move by the island toward seeking formal independence.

Concurrent to this, the U.S. has taken an increasingly assertive posture against the PRC. The preceding Trump Administration saw a unprecedented surge in U.S. warships undertaking Freedom of Navigation Operations (FONOPS) through the Taiwan Strait; a more recent leak by the Taiwanese authorities has revealed that the Trump Administration authorized the deployment of a training detachment of US troops to Taiwan.

More recently, President Joe Biden affirmed the U.S. commitment to defend the island. In offering a less-than-veiled indication of the likelihood of a U.S. military intervention, Biden’s statement has aroused debate over whether his Administration is abandoning the U.S. policy of ‘Strategic Ambiguity’ toward Taiwan.

‘Strategic Ambiguity’, adopted following Washington’s establishment of diplomatic ties with Beijing in 1979, was drafted with a twofold aim in mind. First, it enabled Washington to hint at Beijing the possibility of U.S. military intervention, if the mainland were to attempt an unprovoked invasion.

Second, strategic ambiguity enabled the U.S. to simultaneously hint to the Taiwanese authorities that unnecessarily provoking the mainland would void the contingent scenario of U.S. military intervention. Such a proviso thus sought to induce caution in Taipei.

We should not be too surprised about Biden’s assertiveness over Taiwan.

Whilst the Chinese Communist Party has reason to be furious over Biden’s statement, we should not be too surprised about Biden’s assertiveness over Taiwan. The ambiguity underpinning the possibility of U.S. intervention to support Taiwan is conditioned on the nature of mainland behavior; in light of the escalatory moves that Beijing has adopted towards Taiwan in recent months, a statement highlighting the Biden Administration’s willingness to defend Taiwan is consistent within the bounds of the policy of Strategic Ambiguity, and a necessary one at that, given the need to warn China against further escalation.

Given that Biden’s statements underscore the near-certainty of U.S. military intervention in the event of an unprovoked invasion of Taiwan, the next question concerns why China has embarked on such saber-rattling in the first place. It is likely that there is a twofold rationale behind the CCP’s saber rattling at Taiwan.

First, Xi Jinping has reason to rally Chinese nationalism over the status of Taiwan. The months prior have seen increasing domestic dissent over issues that range from frustration over the CCP’s attempts to cover up the spread of the COVID-19 virus in late 2019, as well as the resulting economic fallout. More recent developments have added fuel to the fire of internal dissent.

In the 2021 Evergrande liquidity crisis, the Chinese real estate giant’s cash crunch forced it to default on the loans to many of its clientele. Elsewhere, the repeated sporadic resurgent outbreaks of COVID19 and doubts over the efficacy of the PRC’s Sinopharm vaccine have undermined the CCP’s claims to have suppressed the virus.

Second, recent developments in Taiwan have elevated the island’s status as a poke in the eye of the CCP’s ego. Whilst the PRC floundered in responding to the spread of COVID19 and was only able to bring the virus under control due to harsh lockdown measures and manipulation of its domestic media, Taiwan was able to suppress the virus through its ‘whole-of-society’ response that underscored the efficiency of the island’s model of governance.

In so providing a high-profile instance of good governance in a democratically-elected polity, Taiwan has earned widespread international praise; combined with the mainland’s repeated attempts to sideline and bully Taiwan over the last several years, the result has been a growing sense of international solidarity with the island, with a growing number of EU delegations to Taiwan.

This was exemplified in September 2020, when President of the Czech Senate Miloš Vystrčil visited Taiwan and, on the floor of the Legislative Yuan, declared in Mandarin Chinese that ‘I am a Taiwanese’, alluding to John F. Kennedy’s ‘Ich Bin Ein Berliner’ speech in 1963.

The combined effects of these developments has been to arouse CCP fears of an increase in pro-independence sentiment in the island that has already been increasing in recent years due to a younger Taiwanese demographic that has little emotional connection to the mainland, as well as growing international scrutiny of the mainland’s human rights abuses, and Beijing’s reneging on its promises to respect Hong Kong’s autonomy as part of the ‘One Country, Two Systems’ model.

The convergent impact of these developments has been to arouse the CCP’s fear that the Taiwanese populace may become further emboldened into seeking formal independence for the island, under which circumstance the CCP’s failure to bring about unification with the mainland would stand as a high-profile policy failure that will undermine the CCP’s domestic credibility.

The CCP’s current sabre-rattling is thus likely intended to coerce the Taiwanese populace against any further actions that would otherwise force CCP’s hand to avoid a domestic crisis of legitimacy.

With no end in sight to the mainland’s pattern of provocations against Taiwan and the Biden Administration affirming the U.S. commitment to Taiwan, the next question concerns the possibility of a Sino-U.S. clash over Taiwan. I do not see such a scenario occurring in the immediate future. As noted above, China is attempting to rely on threats of force to dissuade the Taiwanese populace from seeking formal independence.

The CCP is aware that a clash of arms with the U.S., at a time of clear U.S. military superiority over the PRC, is the kind of gamble that would likely lead to a Chinese defeat, the kind of high-profile failure that the CCP cannot deflect domestic public opinion from.

The next question is about a possible Sino-American clash over Taiwan.

Over the medium-to-long term, however, the picture is less clear, for two convergent reasons. The first concerns the rapid pace of modernization in the PRC’s air and naval power capabilities. In conjunction with Beijing’s investment in cyber-warfare, cruise missile and space warfare technology, U.S. policymakers have expressed increasing concerns that the PRC may close the military gap sufficiently, to the extent that the CCP believes that it might emerge triumphant from a short, armed takeover of Taiwan that would enable Beijing to present Washington with the fait accompli of Chinese control.

VIDEO: Why China and the US are at odds over Taiwan

Second, even whilst China’s power projection capabilities are growing, there are certain indices that, paradoxically, suggest that it is a great power in decline over the foreseeable future. The model of rapid economic development that Beijing had adopted during the late 20th century is less than effective for the purpose of sustaining economic growth in the context of China’s political circumstances by the mid-21st century.

Present-day China is faced with increasing youth disillusionment with the long working hours and cost of living in China, as reflected by the rise of the ‘Tang Pin’ or ‘lying flat’ movement. Combined with the CCP’s negligence in addressing the country’s culture of toxic masculinity, this is leading to falling rates of marriage and thus, the prospect of a diminishing population that portends the long-term difficulties that the PRC will face in ensuring sufficient manpower for a military force that has historically relied on overwhelming numerical superiority over its foes.

Under such circumstances, it is possible that the CCP may see the late 2020s and 2030s as a narrow window of opportunity within which it has a level of military power that may suffice in achieving an armed takeover of Taiwan, whilst fending off the possibility of U.S. intervention in support of the latter.

Seen in this light, the challenge is not so much whether the U.S. and China are about to come to blows over Taiwan in the near future, but rather what the U.S., China and the wider international community can do to juggle between warning China against initiating any reckless gambles against Taiwan on the one hand, whilst simultaneously providing Beijing with a face-saving way out of the conundrum that the CCP had managed to box itself into through its promotion of a militant approach to ethnic Han Chinese nationalism, even as the CCP itself has failed to address its own shortcomings in domestic governance and authoritarianism. 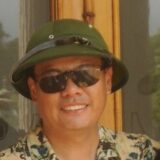