Digital Power Politics: The US Digital Doctrine Is Evolving 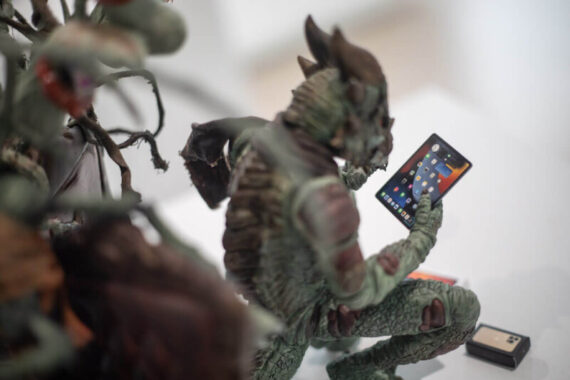 As our lives migrate further online and the public sphere becomes increasingly digitized, cybersecurity and issues with internet governance come more often to the fore.

Acting as a double-edged sword, the internet proved its power repeatedly with social movements such as the Arab Spring or on the eve of elections in any given country.

Governments, which have provided or facilitated access to the internet with no or minimal interference, are beginning to consider the implications of open internet due to its impact on public, national, and economic matters.

Trolls, cybersecurity threats, censorship, and echo chambers all threaten our personal use and state of democracy. Yet, there is another layer where the internet reveals itself as an effective tool: power politics.

In 2021, the Information Technology and Innovation Foundation (ITIF) published a report advising the United States to adopt a new strategy grounded in digital realpolitik with a more pragmatic focus on protecting and advancing key U.S. interests – and the government seems to be listening.

With the shifting global balance and Russia’s invasion of Ukraine, the United States’ digital doctrine appears to be evolving from being a pioneer in pushing internet openness to tracking constraining digital adversaries, such as Russia and China, and projecting U.S. leadership.

Read: What Has Social Media Done to Us? The Human Craving for Appreciation Gone Awry

Calls for a multilateral governance of the internet

In April, U.S. President Joe Biden announced the foundation of the Declaration for the Future of the Internet, a new global partnership that sets norms for the use of technology by nation-states. Some officials presented the declaration as an opposition to the digital authoritarianism of Russia and China; however, it additionally sets the way for the U.S. to enforce itself as a norms-based digital leader, pulling opportunities and gathering new adherents to its approach – all the time, being aware that a confrontation in this field is brewing.

The U.S.-EU Trade and Technology Council was created in 2021 with such an approach. It aims to reduce digital interdependence with adversaries by establishing export controls, supply chain protections, and common technology standards. The council, which seems to be an active force to watch out for, has held two meetings so far and is due to hold the next one by the end of 2022.

The Internet Corporation for Assigned Names and Numbers (ICANN), a U.S.-based multistakeholder group and nonprofit organization, currently plays a huge role in internet governance and auditing. Its main mission is to advocate internet openness and keep the internet as one. With the widespread adoption of those principles, ICANN is also an important tool for the United States.

Read: A Clash with Silicon Valley is Inevitable

Associate Professor Ali Burak Darıcılı of Bursa Technical University told Politics Today that by adding internet economy to the mix, the COVID-19 pandemic significantly increased e-commerce volume, and that now there is a lot to lose from the fragmentation of the internet.

Countries like Russia, China, Iran, and North Korea challenge the status quo for a variety of reasons and with a variety of tools. The most radical scenario would be setting up national cyberspaces, and thus fragmenting the internet.

However, to avoid losing e-commerce value and curb any other detrimental consequence, the challenging nations call for the multilateral governance of the internet while fighting for a piece of the digital hegemony pie.

Rather than cooperating with Russia and China following their calls for a deal, the U.S. chooses to keep the status quo and to move forward with its own initiative with like-minded partners.

The transatlantic united against Russian cyberattacks

In case of further heated conflicts, Russia’s “hybrid warfare” approach, which utilized confusion and destabilization alongside cyberattacks, needs to be tackled. The invasion of Ukraine has allowed the U.S. to experiment and assert its digital advantages without abandoning its principle of internet openness.

The U.S. was able to harness and revitalize its transatlantic relations with its allies to protect itself against Russian cyberattacks and to engage in information war, launching offensives of its own and countering online repression with the Freedom Online Coalition and the Open Technology Fund.

A U.S.-EU Trade and Technology Council meeting in May this year emphasized the role governments have in protecting the digital information space in a crisis, implying a collaborative counteroffensive against Russia’s propaganda efforts and setting a framework for future conflicts.

Meanwhile, U.S. sanctions and intelligence deployment cut off Russia’s military from sensitive U.S. technology exports, and Russia itself from the internet economy, without cutting off its citizens’ access.

The digital level of countering China involves limiting China’s IT and digital progress, which the U.S. considers innovation mercantilism. During the Obama administration, the 2015 U.S.–China Cybersecurity Agreement set the groundwork for this, although in practice it proved ineffective.

When the former U.S. president Donald Trump was in office, the U.S.-China digital and technological rivalry became more tangible with the U.S. banning imports from Chinese company Huawei and further diminishing the company’s sales worldwide by denying access to U.S. technology.

Tech and digital rivalry with the U.S. have pushed China towards more assertive policies towards key U.S. allies in the field such as Hong Kong and Taiwan. While the U.S. is keen on standing its ground in the Asia-Pacific, the remainder of the Four Asian Tigers, namely South Korea and Singapore, may risk getting caught up in the rivalry in the future.

Semiconductor chips, which are crucial to the U.S.-China tech rivalry, are mainly produced in Taiwan and are an essential component of electronic devices used in countless applications such as communication, computing, healthcare, military systems, transportation, and clean energy, to name a few.

Social media giants like Meta and TikTok are not only platforms where narratives clash, but are also tools and actors in and of themselves. Therefore, we see governments accommodating and encouraging the indigenous growth of such platforms.

In 2020, Donald Trump sought to ban TikTok in the United States or force a merger with a U.S. company, citing national security concerns about its Chinese ownership. Then Secretary of State Mike Pompeo claimed that TikTok might be providing data to the Chinese Communist Party. TikTok has consistently denied the claims, showing transparency reports. When he took office, Biden overturned the decision.

Meta, the California-based conglomerate that owns Facebook, Instagram, and WhatsApp, had announced that it would censor Russia-affiliated news in light of the invasion of Ukraine.

Whoever dominates and governs the internet, governs the narrative and global trade – whether this competition will lead to further fragmentation or co-operation remains to be seen. Nevertheless, it is clear that the digital contest is getting heated.

Also Read
“Space Is for All”: An Interview with NASA Engineer Loay Elbasyouni