The Belgian government obstinately takes the position that the two identities cannot coexist – you are either Muslim or Belgian. 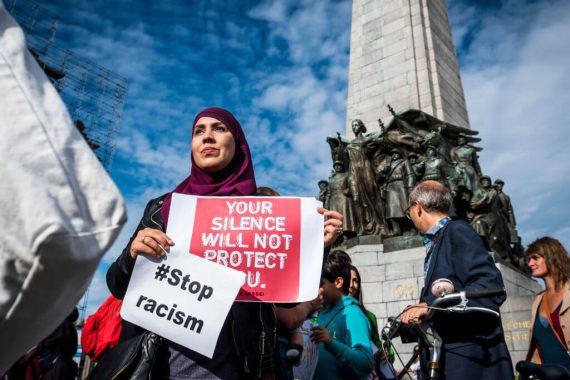 People hold posters as they protest against 'hate and islamophobia' in Brussels. Photo by Hatim Kaghat, AFP via Getty Images

For many years now, Belgium has been struggling with a teaching staff shortage. According to a survey conducted by Teacher Tapp Flanders, students are frequently left with no classes for several hours a day. In Brussels, Belgium’s capital, some schools lack up to 25 percent of teaching staff. The shortage is so severe that a number of schools could have to shut down. While the number of primary, middle, and high school students have steadily been rising since 2000, the number of teachers has steadily been decreasing.

Many teachers are retiring and newcomers tend to quit after a short period of working. Especially during the COVID19 pandemic, this shortage has become ever more pronounced as many teachers are on sick leave or in quarantine. In August 2021, there were roughly 1,500 teaching positions posted on the government-sponsored employment service page VDAB, whereas in August 2020, there were only about 600 – that is almost three times fewer.

While statistically, Belgium has a lower student-teacher ratio compared to its neighboring countries, the picture isn’t nearly as pretty as it seems. In some smaller areas, there are both Catholic and private schools which pull down the average. Whereas in larger cities, the case tends to be the opposite. The student-teacher ratio is much higher.

The steady rise of new students enrolling in schools in Belgium is a result of the presence of migrants, and it is particularly the case in larger cities. Ironically, this increase in diversity is not reflected in the teaching staff, especially the increase in the numbers of Muslims. With the hijab ban, discrimination, and Islamophobia, the number of Muslim teachers is extremely low.

Islamophobia discourages many migrants in Belgium from pursuing higher education.

As has been shown in several surveys and reports (see European Islamophobia Report 2021, people with a migrant background, no matter whether they are first-generation migrants or not, are often discriminated against at work simply because of the color of their skin or their names.

Islamophobia discourages many migrants in Belgium from pursuing higher education as they feel it will not provide them with anything extra as doors are already shut for them and will remain so. On the other hand, those who wish to continue their studies and become teachers are discouraged because they are not allowed to teach with a headscarf with the exception of Islamic religious education. Belgium’s biggest migrant groups are Turkish and Moroccan, and large portions of these groups adhere to Islam and believe that the hijab is part of it.

Although migrant communities are very large in Belgium, they are not anything close to being sufficiently represented in the curricula or teaching staff. Many covered young women continue to pursue a career in teaching and enroll in educational programs, hoping that by the time they graduate, things might change or somehow a loophole might appear allowing them to work as teachers without having to remove their hijab.

However, many, if not most, end up bitterly disappointed. Upon graduation, a heavy decision rests on their shoulders: should they take off their hijab or not? While none of them wishes to do so, their desire to put their education to use takes over, leads some of them to decide to remove the hijab at the school gates.

Muslim hijabi teachers may inspire kids to create a better future by educating and turning them into individuals with a broader perspective, who are more tolerant, and perhaps, future policymakers opening the way for other disadvantaged people blocked from the educational system.

For some migrants, who are not willing to give up an integral part of their faith and identity, the price is too high. While the lack of teaching staff in Belgium has been ongoing for years now, Islamophobia, which is behind much of it, has become of crucial importance to the future of Belgian education.

Read: The “Islam Map” Makes All Muslims in Austria Suspects

Ben Weyts, the Flemish Minister of Education, came up with ten measures to increase the number of (active) teachers; however, none of these measures included actions to help/allow citizens with a Muslim-background into the teaching system, including those with wearing hijabs. Ironically, Weyts is more willing to hire people who have not graduated from an educational program providing that they enroll in a short formational program rather than hiring hijabis who have graduated from relevant departments.

Another poll held by Teacher Tapp Flanders suggests that only in very few schools, teachers with hijabs are allowed to teach all classes; in most schools they can teach only specific classes. However, the vast majority of whom stated that either this was not possible, or, perhaps even more painfully, that they had no clue whatsoever on this matter.

Furthermore, Weyts has launched a campaign to make the teaching profession more appealing to potential teachers, and intends to call back retired teachers and install a system of seniority to encourage young teachers to stay longer. Again, no mention of the hundreds and maybe thousands of trained yet unemployed veiled teachers who are eagerly awaiting the chance to do the job they love and have been trained for. The hijab ban stems from the ban on all religious symbols and yet, it is the Muslim community in Belgium that is unevenly targeted by this ban as religious identity becomes clear with veiled women.

As the Jewish and Catholic communities have their own schools, it is only Muslim women who are left in the lurch by the hijab ban. The reasoning behind the ban is that a teacher is obliged to be neutral. However, this reasoning completely ignores the reality of the composition of current Belgian society, in which over 500,000 Belgian citizens identify as Muslim. What is more, this number is continuously growing, along with the number of Muslim children attending schools. Yet, the Belgian government obstinately takes the position that these two identities cannot coexist – you are either Muslim or Belgian.

If the Belgian government were sincere in its wish to grant all citizens their basic rights to work and freedom of religion, it would accept its Muslim citizens as they are and recognize that their religion and hijab are an inherent part of their identity, and that Muslims citizens wish to represent and be represented. Conversely, the government’s constant infringement of the rights of Muslim Belgians makes one wonder about its sincerity when it clamors for “neutrality” and “equal rights.” The only explanation for this is Islamophobia. 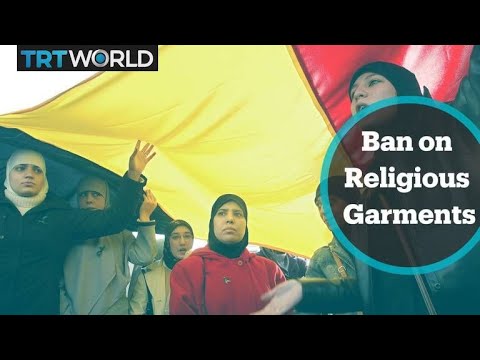 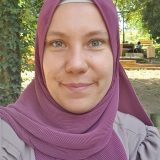 Also Read
The Pope and the Grand Sheikh of Al Azhar Show the Way Forward
We use cookies to optimize your online user experience. To learn about our use of cookies and how you can manage your cookie settings, please see our Privacy Policy. By continuing to use our site you are excepting our use of cookies.Accept Cookies & CloseMore Info