The Taliban need both Iran-Saudi rivalry and their recognition and assistance in reconstructing Afghanistan’s devastated infrastructure. 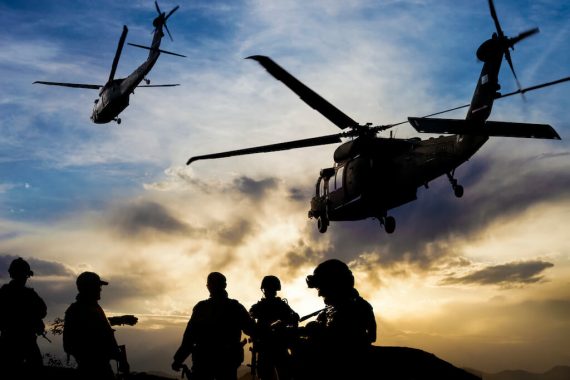 Today, Tehran and Riyadh have common interests in establishing security in Afghanistan. Photo by Getty Images

As Afghanistan enters a new era with the Taliban’s takeover in August 2021, its potential political preferences in internal and international affairs have raised concerns. The Taliban’s rule strengthens Saudi Arabia’s position over Afghanistan. However, Iran is also trying to prevent the formation of a regime that doesn’t serve its interests in the future. The two states have always tried to establish a foothold on each other’s borders. Saudi Arabia attaches great importance to Afghanistan as it encouraged jihad in the 1980s and supported the Taliban in the 1990s. Likewise, Yemen is important to Iran, which has been supporting the Houthis in the last decades.

When the Taliban took control of Afghanistan in the 1990s, some were fearing that Saudi Arabia would spread its religious model not only in Afghanistan but also in newly independent Central Asian countries. The danger increased when the Taliban killed Iranian diplomats in 1998. In response, Iran deployed its forces on the eastern borders and conducted military drills.

Iran, which had just come out of a devastating Saudi-backed war with Iraq, called the killing of its diplomats a Saudi plot to plunge Iran into another war. Iran, therefore, didn’t want to fall into the trap that Saudi Arabia and others had planned for it. Instead of a direct military intervention in Afghanistan, Iran decided to deal with the Taliban threat by supporting the Northern Alliance. This policy continued until 2001 and with the 9/11 terror attacks and the United States’ invasion of Afghanistan, the Taliban threat for Iran was eliminated, and Iran’s allies gained political power in post-Taliban Afghanistan.

The rise of ISIS-K pushed Iran more towards the Taliban. Iran’s purpose was to use the Taliban to suppress ISIS-K on its eastern borders.

The rise of ISIS-K pushed Iran more towards the Taliban. Iran’s purpose was to use the Taliban to suppress ISIS-K on its eastern borders. The Taliban is regarded by Iran as a local force that could manage insecurity in Afghanistan with the least consequences for Iran. In addition, Iranian officials may have thought that this rapprochement with the Taliban could balance Saudi Arabia’s influence in Afghanistan as Saudi Arabia and the Taliban share common interests.

In retaliation, in 2012, Saudi Arabia announced that it would build a large Islamic center named “King Abdullah Center” in Kabul. The construction of the center was a direct response to the establishment of Iranian university branches in Afghanistan, and specifically in Kabul. Also, in 2015, Saudi officials announced that they would build a large Islamic university in Afghanistan with a cost of $500 million. The establishment of this university still continues today. In general, after the U.S. invasion of Afghanistan in 2001, the rivalry between the two countries has been more cultural and ideological.

The escalation of civil wars in the Middle East after 2011 eliminated Iran’s suspicion of closer ties with the Taliban and establishment of ties with the Taliban leadership. Saudi Arabia’s response to Iran’s policy in Afghanistan has in fact been part of its Middle East policy towards Iran, which is based on isolating it. Saudi Arabia has been following this policy since the outburst of the Arab Spring by getting closer to the U.S., forming a regional coalition in 2015, and especially by encouraging other states to cut ties with Tehran after an attack on its embassy in Iran.

The Taliban’s recent takeover of Afghanistan in August 2021 is different than in 1996. Some argue that Saudi Arabia will dominate Afghan domestic and foreign policy soon; however, a look at the past ten years and the recent events after the Taliban’s victory, show that Iran and the Taliban will not be on bad terms and the Taliban leaders seem to take Iran’s expectations into consideration as well.

Iran’s support for the Taliban is no secret. More interestingly, both Iran and Saudi Arabia support the new Afghan government, and expect the Taliban to establish stability following 40 years of devastating conflicts and war. Despite the Taliban’s takeover providing an opportunity for cooperation between Iran and Saudi Arabia, the rivalry between the two depends on their ideological rivalry in the region, which seems to have softened recently but which will continue nonetheless in the short term? Competition between the two in Afghanistan may continue in social, cultural, and economic fields. Afghanistan is closely linked to Iran in all three respects, while Saudi Arabia is mostly investing in the establishment or funding of religious schools.

Given the dire financial need of the Taliban, Saudi Arabia may use financial resources to exercise a certain influence over the group. In contrast, some claim that Iran could be a source of inspiration for the Taliban and the mutual enmity towards the U.S. could be a basis for a rapprochement between the two.

Controlling the influx of Afghan migrants to Iran, establishing political stability, continuing trade with Iran, and suppressing terrorist groups such as ISIS-K are the most important expectations that Iran has from the Taliban. For Saudi Arabia, however, having a regime in Afghanistan that could isolate Iran is a strategic goal, which seems difficult given the new geopolitical realities in the region and Afghanistan.

The U.S. withdrawal from Afghanistan and its reluctant policy to support or launch a new war in the region, and especially the Iran-Taliban close relations make it hard for Saudi Arabia to achieve its goal. The Taliban need to be internationally recognized which highlights Iran’s role.

Today, despite the two countries’ deep distrust of each other, Tehran and Riyadh have common interests in establishing peace in the region and especially in Afghanistan. The U.S. withdrawal is the starting point for both countries, as there was no strong supporter of Saudi Arabia than the U.S. in Afghanistan. At the same time, there is currently no U.S. threat against Tehran in Afghanistan.

Establishing relative stability in Afghanistan during the Taliban era is Tehran’s favourite option. The Taliban need Iran’s and Saudi Arabia’s recognition and their assistance in reconstructing Afghanistan’s devastated infrastructure. Ultimately, it seems that the Taliban will benefit from the Saudi-Iranian rivalry in their country. 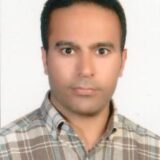 Sayyad Sadri Alibabalu holds a PhD from the Department of Middle Eastern Studies at Sakarya University, Turkey. His studies focus on the foreign policy of regional actors, security, and terrorism in the Middle East. His Twitter account is @SayyadSadri.