Western Balkan countries may turn into empty villages, if necessary precautions are not promptly taken. 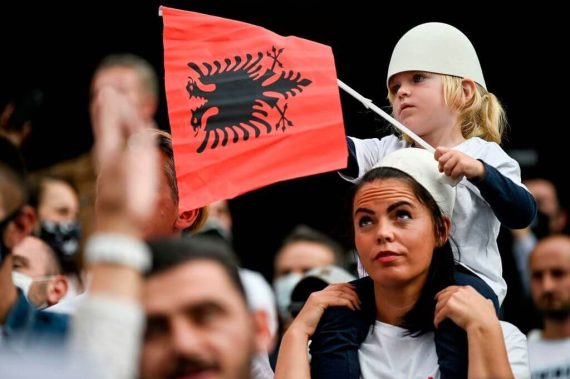 A woman and a child wear traditional Albanian Qeleshe felt hats and wave the Albanian national flag as supporters of Vetevendosje Party gather at the Skanderbeg Square in Pristina on June 12, 2020. Photo by Armend Nimani, AFP via Getty Images

People have migrated throughout history in search of basic resources and better living conditions. According to Francis Fukuyama, after the catastrophic world wars and the collapse of communism, the liberal democratic bloc declared itself victorious and idealism was born prophesizing that state boundaries would disappear and economies would be integrated.

Alas, no great war was in sight! However, this peaceful world vision developed a boil and a new wave of unprecedented global immigration emerged. As liberalism offered a perpetual peace, Europe, the most important representative of this theory in practice, became a top destination for emigrants who are in search of a better life. The EU has become one of the largest recipients of emigrants starting from the nearby Balkans.

Indeed, it is very difficult to account for a single reason that triggers migration from the Balkans. Reasons vary and combine economic, environmental, political, and social factors. However, generally, the academic literature on emigration studies underlines the economic reason as the primary and dominant push factor.

Migration comes along with a brain drain as the skilled labor force of poor countries gets poorer due to economic and political conditions and emigrates to richer countries for higher pay. Currently, Western Balkan countries and specifically Albania, Bosnia and Herzegovina, North Macedonia, Montenegro, Kosovo, and Serbia are losing their well-educated youth.

According to Friedrich Ebert Stiftung Youth Studies, in 2018, one third of young people from the Western Balkans expressed a “strong” or a “very strong” desire to emigrate from their countries, ranging from 26% in Montenegro, 27% in Bosnia, 30% in Serbia, 34% in Kosovo, 35% in North Macedonia, and 43% in Albania. These figures are even higher in some other studies.

The emigration from the Balkans is considered a permanent one. Balkan countries are now in jeopardy of losing a substantial portion of their population density and their demographic characteristics.

Migration has a very general effect on the Balkans. Economically, if the shortage of qualified workers continues, it will discourage foreign investments and directly affecting the GDPs of Balkan countries. Critical industries may not be able to find qualified staff, especially the health sector. Politically, emigrants are mostly young and educated, and don’t give credit to the old-fashioned political clichés and the incapable political leaderships, which hide behind nationalist rhetoric.

Migration from the Balkans in numbers

According to the Institute of Statistics (INSTAT) of Albania, there have been  around 400,000 emigrants between 2011 and 2020. According to Hurriyet Daily, about 1.7 million, roughly 37% of the population, has left the country in the past 30 years.

Currently, the Albanian population is 2,837,740 and the primary destinations of emigration are Italy and Greece. According to the Organisation for Economic Co-operation and Development (OECD), Albania ranks 4th globally in the emigration of a skilled labor force and most youth dream of a future abroad.

Bosnia has many problems and it seems that making the decision to emigrate is an easy one. According to the 2013 census, there are around 3,791,622 permanent residents in Bosnia and Herzegovina. According to the Balkan Insight, the number of people from Bosnia living abroad has reached at least two million. The United Nations Population Fund (UNFPA) report of 2021 indicates that an average of 50,000-55,000 people leave Bosnia every year. These are Croats and Serbs who live in Bosnia, and their top destinations are Croatia, Serbia, Germany, Austria, and the United States.

The current population of the Republic of North Macedonia is 2,072,530. According to preliminary findings in the census process, compared to twenty years ago, the country’s population decreased by 10% and  approximately 600,000 Macedonians moved abroad. They mostly emigrated to Germany, the U.S., and Turkey. However, official numbers of immigrants to EU countries are not available since the last census was in 2002. North Macedonia was set to hold its first census in nearly 20 years in 2021 and its outcome will be published in the following months.

However, Tim Judah, a prominent journalist in the region, wonders, “Did more than 400,000 people suddenly die or emigrate?” Judah asks how politics has made it so hard to know how many people live in Kosovo. Politics and numbers are interrelated in the country – as everywhere in the Balkans – with a lack of transparency and reliability.

Additionally, some officials and researchers don’t trust KAS numbers. According to them, KAS estimates are lower and the real numbers are higher. Also, interestingly, between 2014 and 2015, around 100,000 Kosovars emigrated to the EU, a massive emigration wave that was dismissed by the government of Kosovo at that time. The number of emigrants in 2019 was 34,911, and the chief destinations were Germany, Switzerland, Italy, and Austria.

It is hard to find an accurate data on Montenegrin emigration. According to data by the United Nations, in 2015 the population of Montenegro was 625,781. Additionally, based on UN statistics, the overall number of Montenegrin immigrants worldwide increased from 148,982 in 2010 to 153,009 in 2019. Germany receives the highest number of Montenegrin immigrants, and Italy and Luxemburg were among the most popular countries. However, in recent years, preferences have changed and intraregional migration has become more popular, especially to former Yugoslav states such as Serbia, Croatia, and Slovenia due to the proximity and cultural similarities.

Lastly, the current population of Serbia is around 6,908,220. The UN estimated that emigrants from Serbia in 2017 reached nearly one million at a rate of between 30,000 and 60,000 a year since the breakup of Yugoslavia. The main destinations of Serbs are Austria, Germany, and Switzerland.

Can a common solution be found for the continuous emigration waves from the Balkans? First of all, the European Union should seriously step in and provide financial support in finding an applicable policy. Since the EU opened up for skilled labor from non-EU countries, it is partly responsible and should take responsibility for the brain drain in the Western Balkans.

Especially Germany, Austria, Italy, the Netherlands, and Switzerland should share the burden as they have benefitted the most. If the necessary precautions are not taken, Balkan countries will lose their youth and enthusiasm, and will end up empty villages within the so-called global village.

What is more, Western Balkan countries need to improve their databases on emigration. This is crucial to understanding the situation on the ground in order to formulate and recommend proper policies. Regular assessment is a must in line with accurate data and monitoring mechanisms.

The Western Balkan governments have to reverse this brain drain and encourage the sustainable return and placement of skilled emigrants in developing sectors such as IT, digitalization, robotics, design, etc. Countries could follow the example of Croatia.

In December 2021, Croatia introduced a mechanism to reverse its brain drain by promising Croatian expatriates in the European Union up to 26,000 euros ($29,000) to return and start a business. Since joining the EU in 2013, Croatia has lost much of its population. Currently, its population stands at 4,047,200. However, according to the UN projection, Croatia will have a population of 2.5 million at the end of the 21st century.

Intraregional mobility, a movement within a single region rather than to more developed countries, is very important for the development of Balkan countries. The circulation of regional financial and human resources can remain within the region and enhance its social and economic integration. Montenegro is a good example as, in recent years, it managed to attract workers from the Western Balkans – a hopeful sign for regional labor mobility.

In the Balkans, diaspora remittances are crucial, but governments need to use these revenues to provide employment by supporting efficient initiatives linked to diaspora money. Governments need to create a better investment environment for the diaspora that could eventually lead to new investment opportunities for the younger generation, especially bearing in mind that 70% of Balkan emigrants are aged between 20 and 45. 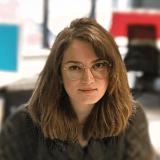 Dilek Kütük works for TRT and focuses on the Balkans. She has worked for several think tanks, and is currently pursuing her PhD at Istanbul Medeniyet University.