The question is whether we should tune in to the original settings of international politics or keep up with the complex transformation by concise and precise engagements. 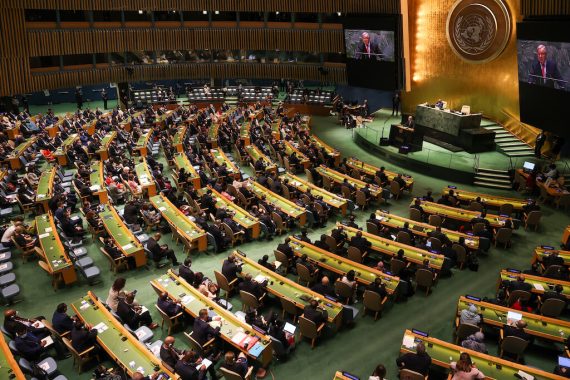 Global security has the extraordinary characteristic that states, irrelevant of their strength, do not respond according to their capacity. Global escalations, which have contributed immensely to our knowledge base, have transformed what is “normal” for humans, society, and humanity in this sense. The term “normal” has, actually, become blurred since traditional, modern, and post-modern have become intertwined. We are experiencing a mixture of old and new conceptualized – or not – political phenomena enriched by emerging challenges. Such complex developments perplex all actors in international politics.

Scholarship has shaped our understanding of international and transnational security under the clout of natural disasters, societal mobility, pandemic diseases, climate change, or living standards. There is no unity and resilience in addressing these emerging risks among state actors, though awareness has been expanding among individuals, civil society, and the global public.

In this frame, international community actors are trying to put such concerns on the agenda. This requires resilience, collaborative engagements, and compliance with the prerequisites of what has to be committed to in order to respond to the dangers exposed. Unfortunately, the states’ commitments to keep security risks at a tolerable level are not the same as the ones by those affected by global security concerns.

A consensus was reached among state actors to take joint action against the well-circulated threats. Nevertheless, they ignore the issues which have an economic or political impact on the continuity of their sovereignty or their economic interests and territorial gains. For instance, global climate change has been a concern for most states, in parallel with the demand for action by individuals or societies. Developing states with vast populations, like India and China, refrain from complying with the Paris Conference decisions, while the U.S. stance is vulnerable to any governmental policy change.

Another case worth scrutinizing is the pandemic of the last two years. There has been a solid stance to fight COVID19 at all levels and units in international politics. But vaccine diplomacy, affiliated with the vaccine economy, diverted the firm stance to a competitive pattern whereby states compete which will profit the most from vaccine sales. The economic consequences of the pandemic, on the other hand, have boosted concerns of political security and, for some countries, regime continuity.

In other words, the pandemic could not prevent conflicts across the globe, like those in Syria and Libya, while its consequences can devastate the order of the international political system. It has shifted attention away from dedicated cooperation and the grants given by developed countries to less developed ones, and what remains is only symbolic commitments.

Global concerns, as manifested in the emerging “soft” threats and challenging situations described above, are not only about the experienced traumas in our lives but cover a broader spectrum. The newly emerging concerns can form a long list like digital currencies, space mining, cultural expansion, consumption habits, digital space, importing high-level human resources from developing countries. These new challenges will be on our agendas as humans and society feel their impact in their ordinary course of lives. Hence states or groups will be compelled to compete for more gain or enhance protectionism against the new interpretations of security.

Read: Does the US Want to Divide the World into Democratic and Non-democratic Nations?

The demise of the Soviet Union, or the end of the Cold War, has brought a new era, described mainly by attractive words to champion the western victory upon the Eastern Bloc. For instance, Fukuyama’s The End of History celebrated the triumph of capitalism, while the U.S. was perceived as a “hyperpower” by certain American scholars. Meanwhile, scholars of international relations focused on alternative readings of the theoretical debates.

Peace operations of the post-Cold War era, concurrent with Boutros Boutros-Ghali’s An Agenda for Peace, introduced and justified new sorts of interventions. Meanwhile 9/11 and the Arab Spring introduced many new concepts, mainly emanating from state practices such as the “War on Terror”, pre-emptive strikes, demography conflicts, asymmetric warfare, and hybrid or proxy wars.

Other than global peace and conflict trends, the Russia-based concerns of 2020 have acted as a reminder of a crucial fact: Russian expansionism, essentially towards Europe, reminiscent of Cold War conflicts, can be reviewed along the concepts of conventionality/unconventionality, regularity/irregularity, or stability operations. In all cases, new concepts have enriched the old ones. This pattern, which I call “robust security,” will require modified strategy-making across the globe, spanning from individual to supra-states, considering both old and new concerns.

Strategy-Making for Multilayered and Multilateral Security

The strategy-making of this era, with its obligation to address complicated structures and threats, requires flexible and critical thinking with intelligent technologies. Policymakers have to scan more dynamics, actors, and variables of all sorts with a heightened capacity for analysis and synthesis. As options increase for all brands of actors in the international realm, predictability becomes compelling. In other words, the probabilities of “misunderstanding” and “miscalculation,” which may spark any conflict, have become a risk for peace and stability.

What is more, the features of the contemporary era, which are integrating modernity and pre-modernity with new interpretations, require all international community actors to invent sui generis modus operandi for all courses of political, economic, military, or environmental actions. Today’s strategy-making has to address multilayered concerns regarding “unusual” situations in order to be prepared for the worst-case scenarios.

For all actors and against the backdrop of this new security environment, the strategy-making process needs to address the emerging structure of today’s politics. In this frame, actors prefer to use multilateralism as the new mood of the day. This term implies the existing superpower, namely the U.S., and the potential ones with long-term projections. Given the militarily inspired statements of French President Macron and the German quest to dominate the EU economically and diplomatically, Europe wants to be more independent. Russia is more concerned about re-establishing the former Soviet “sphere of influence.”

Finally, China is inclined to be a superpower to honor the 100th anniversary of the PRC with a pledge to the teachings of Mao and Deng Xiaoping. On the other hand, the U.S. is committed to countering the emerging superpowers while building a check mechanism based on NATO and partners. One can, then, question whether multipolarity brings stability as achieved by the Cold War through mutually assured destruction or imposes a “Cold Peace” which sustains low-intensity conflicts with its emerging modus operandi. This picture of international politics expands the courses but strains the states’ options.

Other than global politics, there is another level of complexity involving actors, dynamics, and events in the regional systems.  Barry Buzan and Ole Wæver’s regional security complex theory includes new, uncontrollable inputs whereby the classical balance of power or bandwagoning strategies are not fit for addressing modern concerns. For instance, the Gulf countries function beyond their traditional area of interest spanning across vast regions beyond the Persian Gulf, where they compete with one another, all made possible by their wealth.

“Glocalism” pushes these states to observe the concerns of their citizens due to the trauma of the Arab Spring (or Winter?) while making sure their regimes – not states – are seen as able to play this challenging role in order to retain credibility. On the other hand, external actors continue to search for security in rentier economies. Compared to the Gulf countries, the Middle East appeared to have more regional systems inside its multilayered regional system. On the other hand, regionalism in Central Asia, the Balkans, or the Caucasus is reminiscent of the Cold War era. As a result, regions have their sui generis characteristics. Nevertheless, regional complexities can bring back the traditional threat perceptions of the Cold War.

States and the organizations of what the states make are short of covering the cobweb of individuals and communities. The strength of individuals vastly increased in the last two decades, thanks to communication technology and human mobility. The interaction among individuals of different communities has resulted in new communities of interest and groups that put pressure on international actors. States cannot control individuals, and have concerns about maintaining their existence and regime security. The fundamental challenge to the state regards the loyalty, sacrifice, and dedication of communities.

Hence, a self-organizing body of individuals and their collectivity exist with unique interests, concerns, and commitments. This picture compels states to take conservative measures for preserving the societal order within their borders while encouraging a change abroad through access to the digital world. Hence, transnationalism is a threat to the state, but inspired by the state for a controlled transformation in other actors.

After all the discussion on global and regional systems (and subsystems), the themes addressed denote changes in the structure of actors and engagements in the international system. Traditional responses are still valid, but the expansion and deepness of the sectors and units in international politics has entered a new phase. The essential features of this new phase are unsteadiness, intertwined dynamics, and the degradation of consequences. In this sense, international situations cannot be fixed to a particular course but rather need to be treated flexibly.

Read: AfCFTA and Pan-Africanism: Do China and the US Have a Role in the Agreement?

The intertwined nature of the actors and dynamics require a multidimensional response to the problems. Their synergy makes the new threats and concerns devastating to all actors surpassing the capacity of any actor. Finally, degradation is about nature, humans, ethics, societies, and politics. Once degradation starts, norms and standards will be the ostensible arrangements that international actors will normalize in conflicts, disregarding criteria such as jus ad bellum and jus in bello.

Finally, transnationalism consists of paradoxes for sustainable changes like the composition and course of the international system. Then, the question is whether we should tune in to the original settings of international politics or keep up with the complex transformation by concise and precise engagements. 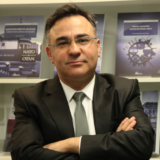