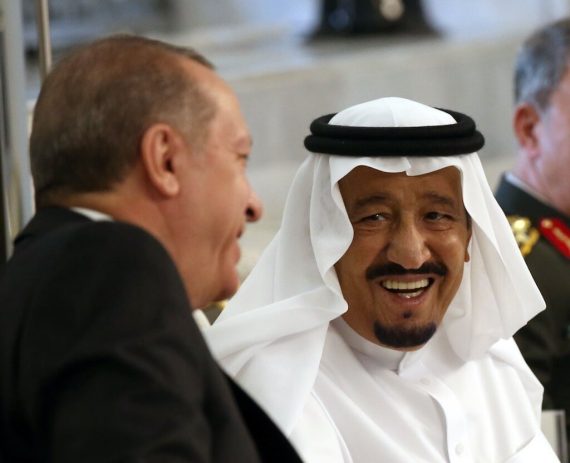 Thanks to the Gulf Cooperation Council’s (GCC) Al Ula agreement in January 2021, there is now room for optimism manifested in the constructive moves by both Turkish and Arab leaders toward a broader normalization process. On many occasions and during Abu Dhabi’s Crown Prince Mohamed bin Zayed bin Sultan Al Nahyan’s visit to Turkey last month, President Erdoğan has indicated Turkey’s willingness to repair ties with Egypt and the Gulf states.

President Erdogan told journalists upon his return flight from Abu Dhabi, “We are continuing our positive dialogue with Saudi Arabia. We want to continue by taking concrete steps in the coming period. We want to develop the process in a positive direction.” It is expected that it might take a few weeks to one or two months to address topics that have not been revealed.

Despite the fact that expectations are more important than timing, it may be vital to create an appropriate foundation and take actual steps prior to the visit. Perhaps Saudi Arabia has more reservations and conditions than the UAE, or it is behaving in accordance with its foreign policy approach, “Better to delay than rush,” to assess the ramifications of what its pint-size GCC neighbors are doing.

Now or later, Turkey and Saudi Arabia’s resuming realist and pragmatic politics could bring about broader regional implications. Primarily, thawing the icy relations between the two regional giants would rectify the intra-GCC and intra-Sunni bloc divisions that Iran has exploited to flex its muscles in the region.

What does Turkey expect?

After a decade of shaky relations between Turkey and Saudi Arabia, experts suggest that broken political, economic, and security ties should be rebuilt. Betül Doğan Akkaş, a Gulf expert, thinks that “two reasons make Erdoğan’s planned trip to Saudi Arabia critically important to the reconciliation process. The first is, as expected, an economic angle [and the second,] defense alliances.” Meanwhile, addressing political issues of normalization in a broader context could be possible unless Ankara would be exposed to unfavorable conditions.

Politically, normalizing ties with Saudi Arabia may enhance Turkey’s political capacity that experienced a decline in the Middle East since the Arab revolutions. A Saudi-Turkish political alignment has a potential to give Ankara considerable regional weight in settling three hotspot files: Syria, the Eastern Mediterranean, and Egypt.

A Saudi-Turkish political alignment has a potential to give Ankara considerable regional weight in settling three hotspot files: Syria, the Eastern Mediterranean, and Egypt.

Setting a common political vision for Syria is a real option on the table especially after Riyadh indicated its unwillingness to reset ties with the Assad regime. As for the Eastern Mediterranean, Ankara believes that resetting relations with Riyadh would deflect Saudi Arabia and its fellows’ pro-Greece position, which has become more visible since the onset of their diplomatic spat. At least, owing to the complexity of the Egyptian-Turkish dispute, President Erdoğan’s visit to Riyadh is intended to pave the way for Cairo and push Saudi leadership to facilitate this challenging mission too.

Economically, Turkey would reap the benefits of Saudi economic incentives to tackle inflation and the depreciation of the Turkish lira by relaxing the informal boycott on imports from Turkey and arranging swap deals between the central banks, as it did recently with Qatar and the UAE. Also, following the reconciliation, Turkish construction companies might be permitted to invest in Saudi Arabia Vision 2030 development projects.

Riyadh has sought Turkish drones on several occasions as it has been mired in a seven-year military campaign in Yemen.

With security and defense expectations in mind, President Erdoğan will travel to Riyadh to restore relations while introducing Turkey as a drone power that will diplomatically entice Riyadh and economically bring money to Turkey, which is currently struggling with financial problems. Already, Ankara is aware of Riyadh’s defense needs.

Riyadh has sought Turkish drones on several occasions as it has been mired in a seven-year military campaign in Yemen, draining a massive amount of its military stock, and facing U.S. arms deals restrictions, particularly under Biden’s administration. Furthermore, “military training of Saudi troops in Turkey and joint military exercises could be included in the list of security cooperation,” Doğan Akkaş told Politics Today. 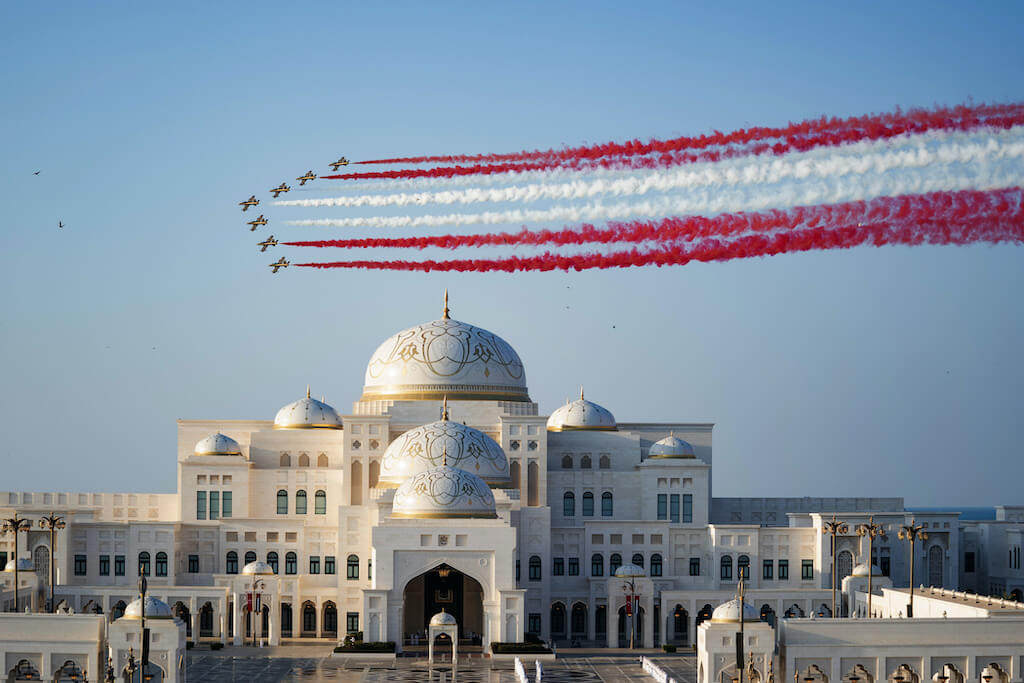 What does Saudi Arabia expect?

In general, better Arab-Turkish relations could stimulate the development of a regional stabilization plan for dealing with the crises in Yemen, Libya, and Syria; create measures to deter Iran’s influence; and converge stances for reacting to the changing world order given the rise of China.

Aside from Saudi Arabia’s intent to throw a veil over the murder of Saudi journalist Jamal Khashoggi, which bitterly strained bilateral ties, the wide range of Saudi expectations from President Erdoğan’s visit include political and security collaboration.

The Saudis and Emiratis believe that boosting relations with Turkey may partly lure the latter away from its unique ties with Qatar.

Both Turkey and Saudi Arabia, politically speaking, seek to mobilize regional states to their regional causes. Regardless of their regional leadership contest, Turkey would lend weight, albeit symbolically, to Saudi Arabia in its never-ending battle with Iran. For Saudi Arabia, the timing of normalization with Turkey is ideal for forming a regional bloc to exercise a certain influence over the ongoing nuclear talks with Iran in Vienna. And against the backdrop of the GCC crisis, it seems that the Saudis and Emiratis believe that boosting relations with Turkey may partly lure the latter away from its unique ties with Qatar.

Regarding security expectations, Saudi Arabia believes it can re-establish Turkey’s backing for its military campaign in Yemen in light of the latest Houthi escalation which involved hitting Abu Dhabi with missiles and drones. There are two potential forms of Turkish support: military equipment, including drones, which according to Akkaş, will be “a type of cooperation but problematic in relation to Turkey’s international profile”; and rallying Turkey around the Saudi-Emirati campaign on designating the Houthis as a terrorist group.

In the long run, collaboration in the defense industry is in both parties’ best interests. On March 16, 2021, Saudi eyes on Turkish drone technology spurred President Erdoğan to state that “there was Saudi demand for Turkish armed drones.” Turkey joined in the Saudi Armed Forces Exhibition (AFED) in 2018 as an early hint of this. In 2017, Riyadh signed a deal with Turkey’s private company Vestel, which licenses Saudi Arabia to co-produce Karayel-SU drones. Allegedly, these multi-mission drones have been deployed in Yemen, where the Houthis claimed to have shot down one in the Yemeni province of al-Jawf in 2021.

Recently, it has been proposed that arms ties may help ease political disputes between Turkey and Saudi Arabia. Turkey’s success as a rising independent defense model may encourage Saudi Arabia to do the same, either by cooperating or following Turkey’s footsteps. For both, the issue is to find alternative destinations for arms exports and imports. Saudi Arabia may look to Turkey not only for drones but also for “missile and radar technologies, electronic warfare, and air defense systems,” argues Furkan Halit Yolcu in an article published in Politics Today.

Read: Managing the Rivalry between the UAE and Turkey

Also, Egyptians expect to join the Turk-Arab normalization train soon. However, they are mindful that healing strained relations with Turkey will take time and effort. Normalization can take the form of bridging the differences between the two countries’ leaders, but there is more to it than that.

Politically, Egypt and Turkey have played power games in their respective zones of influence. President al-Sisi designed the Egypt-led East Mediterranean Gas Forum, which comprises six regional members but has excluded Turkey. Another example is the tripartite gas pipeline deal between Egypt and Turkey’s rivals Greece and the Republic of Southern Cyprus to transport Eastern Mediterranean natural gas to Europe via Southern Cyprus, which Turkey saw as a political project. On the African front, in addition to Turkey’s posture in Libya, Turkey’s cordial relations with Egypt’s rival Ethiopia have irritated Cairo.

After an eight-year feud, a diplomatic door kept open to both rivals to lay rounds of exploratory talks started in May and then in September 2021. President Erdoğan’s visit to Riyadh may facilitate negotiations between the two countries, consolidating previous exploratory talks. Revived Turkish-Saudi relations can make Riyadh a respected third-party mediator over the Muslim Brotherhood and Eastern Mediterranean issues before Egyptian and Turkish leaders meet.

“Through the utilization of geoeconomics and geopolitics, Cairo emerges as a rising power on multiple strategic fronts—Libya, the Eastern Mediterranean, the Sahel, East Africa, Iraq, and Israel/Palestine. And Ankara understands that there is a new Cairo with a new strategic posture in the region,” argues Mohammed Soliman, a scholar at the Middle East Institute, in an interview for Politics Today, suggesting that there is a lot for Turkey to gain in case of a political cooperation.

What about Iran and Israel?

Israel holds a political normalization between Turkey, Saudi Arabia, and the UAE acceptable, believing that it wouldn’t harm the notorious Abraham Accords, which enabled Israel to establish friendly relations with some Arab countries after decades of hostility. For Tel Aviv, a political rapprochement between Saudi Arabia and Turkey means a big step forward to a broader anti-Iran bloc.

Indeed, Israelis comprehend Turkey’s desire to restore relations simultaneously with both Arabs and themselves for two reasons. First, Erdoğan stated that he would rearrange ties with Israel as part of his regional reconciliation package. Second, Israel cannot be ruled out, particularly now that certain Arab Gulf states and Egypt have forged diplomatic relations with it. As predicted, Ankara’s normalization of relations with Israel may put a halt to Turkey’s support for Hamas and anti-Israel rhetoric.

Iran perceives the ongoing Turkish-Arab-Israeli normalization initiative and the Abraham Accords as regional realignments against it. Given the divides between these countries, Iran has profited significantly in achieving regional gains, from Syria to Yemen. Thus, the rapprochement of the Big Four, namely Turkey, Egypt, Saudi Arabia, and Israel, may isolate Iran when Israel has repeatedly threatened it with a military strike.

Finally, Iranians may believe that if normalization is inevitable, Iran must be involved in it too, at least with the Arab Gulf states, realizing that they are trying to construct parallel relations with Iran and Israel while avoiding being drawn into Israel’s military option against Iran. 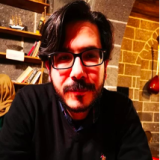 Engin Koç is an assistant professor at Bursa Technical University’s Department of International Relations in Turkey. He specializes in Middle East politics, Turkey’s foreign policy, and China’s foreign policy. Koç holds both a master’s degree and PhD in international relations from Bursa Uludağ University. He tweets at @KocEngin16