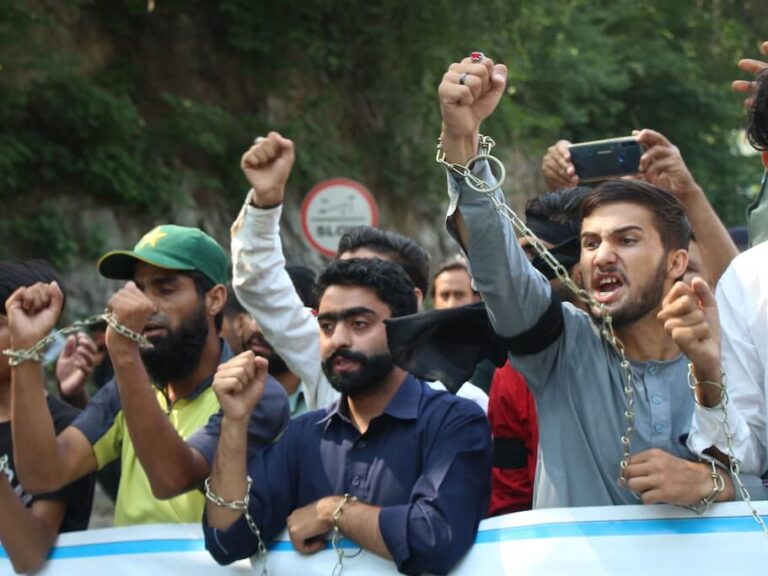 WorldBy Rafi Ullah
, India, Japan, and Australia), the purpose of which is to contain China, India is the most effective ally of the U.

WorldBy Maung Zarni
Geostrategically, Russia has few allies in Asia as India, its former ally, is now increasingly tied to the United States via the Indo-Pacific (military) alliance known as  The Quad, or the US-led Quadrilateral Security Dialogue, an informal strategic alliance of USA, Japan, India and Australia  Therefore, protecting the Myanmar military unconditionally is protecting both Moscow’s pocket and its strategic toehold in mainland Southeast Asia.

SecurityBy CJ Werleman
While Russia currently provides India with 49 percent of its military imports, its closer ties with Pakistan, along with China’s increasing hostility towards India promise to reset future arms deals between the two countries, as noted by former Indian National Security Advisor Shivshankar Menon, who warned last week that the India-China relationship will be marked by “hard times” over the next five to ten years, particularly because of India’s move to join the Quadrilateral Security Dialogue (QUAD), a fledgling or potential NATO like security agreement between it and the US, Japan and Australia.

OpinionBy Navtej Sarna
Major joint exercises, including with Japan, are held regularly and have steadily deepened in complexity; Australia joined the Malabar exercises late last year to reflect a deepening of the Quad.

SecurityBy Nigusu Adem Yimer
Read: Piracy and the Global Military Presence in the Gulf of AdenMoreover, the fight against Al-Shabab in Somalia, counter-piracy operations in the Gulf of Aden, and the Saudi-Iran competition over Yemen have invited new global actors such as China and Japan which also seek to establish military bases in the country.

WorldBy Maung Zarni
Historically, the Tatmadaw was founded as a local proxy against the British in Burma in December 1942 under the patronage of fascist Japan with the nationalist Aung San, Aung San Suu Kyi’s martyred father, as its first commander-in-chief.

OpinionBy Mehmet Ozay
The second is related to the East Asian nations, such as China, Japan, and South Korea, that have agreed, for the first time, to comply with mutual trade rules.

OpinionBy Yousef M. Aljamal
These peoples include but are not limited to the Lebanese, Syrian, and Palestinian diasporas in South America, North America, and Europe; the Indian and Chinese diasporas in Malaysia; the Greek and Japanese diasporas in the United States; and the Turkish diaspora in Europe.

The Vaccine Nationalism Craze Is on the Rise Globally

OpinionBy Abdirashid Diriye Kalmoy
Moreover, many western countries, including Canada, the UK, Japan, and the European Union have already agreed with vaccine corporations through government backroom deals to mass-produce and prioritize their respective countries for COVID-19 vaccines.

OpinionBy Kaz Rahman
, 'Asian' in conversation and on official forms refers to people of Far-East Asian descent (China, Japan, Korea) and is often used by people from those groups as a self-identifier (such as on TV, comedy and radio programs) even though Asia is a massive continent that includes 4.

OpinionBy Abdirashid Diriye Kalmoy
Kenyans distributing food and aid to the daily laborers that live in the slums of Nairobi who were affected by the curfews, Japan offering warm support to China at the height of the crisis in Wuhan, Turkey sending aid to Iran, Italy, Spain, and the Balkans, and Somalia sending 20 doctors to Italy, are a great start to governments collaborating positively during the crisis, which can be built upon in the future.

Calls to Reform the UN Security Council Are Getting Louder

ColumnBy M. Erkut Ayvaz
For approximately twenty-five years, an increasing number of countries such as Germany, Japan, South Africa, Canada, Brazil and Turkey, have insisted on a reform of the Security Council.

OpinionBy Serhan Afacan
On June 13, the day Japanese Prime Minister Shinzo Abe meet Khamenei in Tehran, a Norwegian and a Japanese tanker came under attack again the Gulf of Oman.

Will President Trump convince Congress to change course? Or, if unsuccessful, will he utilize his power as president to delay…

OpinionBy Ertan Karpazlı
Even President Trump at the G20 summit in Japan in late June showed understanding towards Turkey’s President Recep Tayyip Erdogan, saying that Turkey was treated unfairly by the previous Obama administration when Ankara sought to acquire the American-made Patriots.

OpinionBy Turgay Yerlikaya
The issue of immigration, which was tabled as an agenda topic in the latest G-20 Summit held in Osaka, Japan, stands out as the most critical and urgent problem of today’s world.

OpinionBy Omar Khalid Bhatti
Mahathir Mohamad) The “25th International Conference on the Future of Asia” was held in Tokyo - Japan on 30 May, 2019.

NewsBy Politics Today
During the G20 Leaders’ Summit in Osaka, Japan, President Trump stated, “The U.
123456
Go to Top