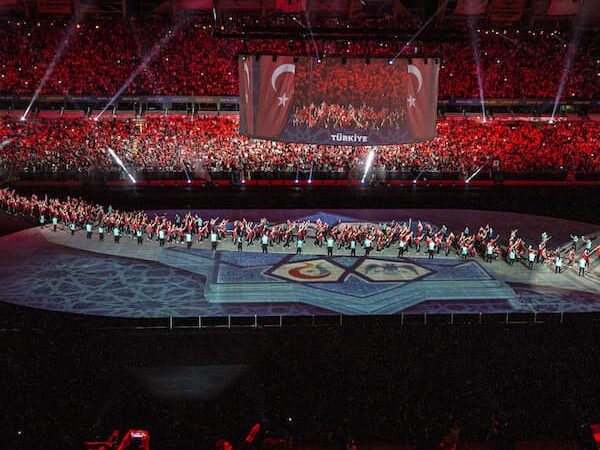 TurkeyBy Dr. M. Mehmet Kasapoğlu
he Konya 2021 Islamic Solidarity Games were concluded in August 2022, yet their end marks the beginning of a new understanding.

WorldBy Ayan Mohamed Ali
“At the post-reshuffle meeting with the whips, I asked what the thinking was behind the decision to fire me…that my ‘Muslim woman minister’ status was making colleagues uncomfortable and that there were concerns ‘that I wasn’t loyal to the party as I didn’t do enough to defend the party against Islamophobia allegations.

OpinionBy Alain Gresh
Second, at a time when the issue of Islam and Muslims is at the center of the presidential campaign, Macron wants to seek support for the French position against “radicalism,” and especially so after the adoption of the “Law against Separatism,” renamed the “Law Reinforcing the Principles of the Republic,” which came into force in August 2021 and which has caused much misunderstanding in the Muslim world (and elsewhere) as it appears to be (and is in fact) a law against Islam and Muslims.

IslamophobiaBy Amina Smits Akılma
Read: “How Did We Get Here?” Facing the Political Histories of Islamophobia and Anti-Arab Racism in Canada The steady rise of new students enrolling in schools in Belgium is a result of the presence of migrants, and it is particularly the case in larger cities.

IslamophobiaBy Ayah Ziyadeh
Lauren Boebert, who has made several Islamophobic remarks towards Omar, and other members including Rep.

OpinionBy Ramzy Baroud
Regionally, political commentators who dedicated much of their time to discredit various Islamic political parties - often on behalf of one Arab government or another - found in the news another supposed proof that political Islam is a failure in both theory and practice.

IslamophobiaBy Wafaa Hasan
he Canadian public has not been immune from globalized Islamophobic and anti-Arab discourse in popular media.

IslamophobiaBy Farid Hafez
The Documentation Center for Political Islam, established in July 2020, has released one of its projects, which has been met with fierce criticism.

OpinionBy Serhan Afacan
orty-two years have passed since the establishment of the Islamic Republic of Iran by a referendum landslide held on March 30 and 31, 1979, when 98.

OpinionBy Lahouari Addi
any scholars and pundits of the MENA region are wondering why the Islamists did not take over during the massive protests known as the “Arab Spring.

OpinionBy Belkıs Kılıckaya
" Macron stresses again and again, “The problem and the danger is separatist Islamism.

OpinionBy Belkıs Kılıckaya
During his speech, which lasted about 70 minutes, he identified the problem and this taboo-free approach: “There is an Islamic separatism that endangers our society, our capacity to live together, our Republic; it is first trying to establish a hostile society parallel to the Republic, and then take it over!” The president did not mention terror, terrorists, or a terrorist organization, and even said he distinguished these Islamic separatists from the rest of Muslims in France.