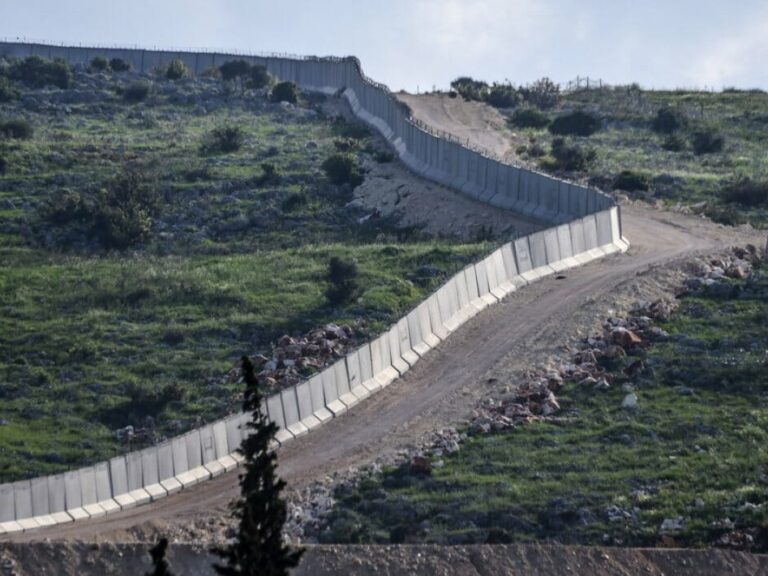 FinanceBy Merve Seren
For instance, since the 1990s Turkey has long been faced with illegal immigration stemming from migrants and refugees fleeing from conflict zones such as Iraq, Syria, Iran and Afghanistan in order to reach Europe.

What is behind the Crisis in the Gulf?

FinanceBy Betül Doğan Akkaş
On May 23, Qatar faced a cyber-attack on the Qatar National News Agency (QNA) and news soon broke on a pro-Iran and pro-Israel speech by Emir Tamim, which was not welcomed in the Arab world.

FinanceBy Eşref Yalınkılıçlı
Besides, a refugee influx from the post-Soviet Turkic republics, Afghanistan, Iran and South Asian countries created a security vacuum which made Turkey vulnerable to non-conventional threats in recent years.

FinanceBy Talha Köse
Moreover, Turkey emphasized that it wouldn’t stand idle as the PKK/PYD, Daesh, and Iran-backed Shiite militias carried out ethnic and sectarian cleansing in the region.

FinanceBy Belkıs Kılıckaya
” In the very same statement, Moshe Ya’alon also said the following about Israel’s Syrian policy: “There are many actors in Syria, such as Iran, Russia, Al-Qaeda and Daesh.

From Alliance to Tacit Containment: Changes in Turkey-US Relations

FinanceBy Talha Köse
Although the second term of the Obama administration was a nightmare for traditional US allies including Turkey, Saudi Arabia, Israel, and Ukraine, Obama’s policies produced a favorable environment for the US’s rivals like Iran, Cuba, and Russia.

FinanceBy Talha Köse
Turkey’s active presence intensified its relations with the US, Russia and Iran since mid-2014.

FinanceBy Merve Seren
That is to say, Syria’s, Iran’s and Russia’s missiles, which may launch either from their borders or indeed from deeper into their territories, would be capable of reaching the most strategic points of Turkey.

Turkey, Erdoğan, and the Wisdom of the Presidential System

FinanceBy Sami Al-Arian
The Islamic Republic of Iran adopted this model in 1979, but abandoned it ten years later when the inevitable rivalry led to confusion, economic instability, political paralysis, and lack of accountability.

FinanceBy Mahmut Özer
As a result of their efforts, a new ranking system known as U-Multirank, multidimensional ranking of higher education institutions, emerged.

FinanceBy Merve Çalhan
Iranian troops have been deployed in rebel-held territory in Aleppo since 2015; Assad was ensured to win back Aleppo along with Syrian soldiers and Hezbollah militants.

FinanceBy Nurullah Gür
Turkey is an important actor playing a critical role in securing and supplying energy because of its geographical position and has the advantage of being a rare country that can sit on the bargaining table with almost all the big energy producing countries such as Russia, Iran, Azerbaijan and Qatar.

FinanceBy Merve Çalhan
Fighting against the threat posed by DAESH is one of Assad’s rationalization for staying in power and to be protected by Russia; however; it is crystal clear that neither Assad with a constant military, diplomatic and financial support from Russia and Iran nor the US is fighting DAESH to root out its cruel militias from the Middle East.

Towards a New Strategic Partnership between Turkey and the Gulf?

OpinionBy Abdullah Erboga
It should be noted that Iranian leader Rouhani was visiting the other two Gulf countries, Oman and Kuwait, while Erdoğan was in the Gulf.

FinanceBy Othman Ali
However, his efforts were hindered by the pro-al-Maliki group and the rising power of al-Hashd Shaabi, Shiite militias which have Iranian backing.

FinanceBy Sertaç Timur Demir
US President Donald Trump’s decision that imposes a travel ban against citizens of Iran, Iraq, Libya, Somalia, Sudan, Syria and Yemen can and should be interpreted in this context.

InterviewBy Faruk Yaslicimen
Could you provide an example? Of course, for instance, when Hamza Yusuf shared this visual as the Ottoman clock on Facebook and Twitter, a serious debate began on whether the clock was Ottoman or Iranian.

InterviewBy Faruk Yaslicimen
This was a counter-movement aimed at reducing the pro-Iranian messianic movements in Anatolia to an illegitimate position in the eyes of people, thus ensuring the security of the Ottoman state.