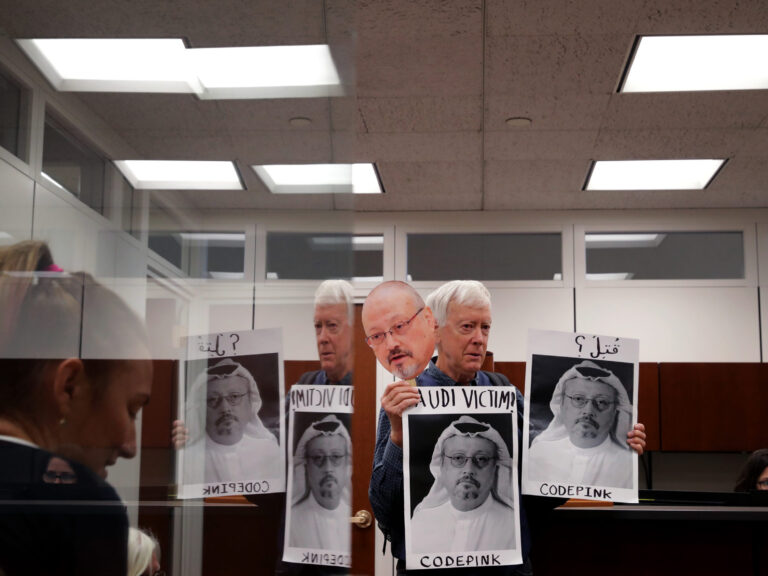 OpinionBy Martin Jay
Khashoggi was a Muslim Brotherhood supporter – an organisation which the Saudis hate more than even Iran – and he was hoping to set up a TV channel in Turkey, a country which is aiming to take for itself more hegemony in the region, directly out of Saudi Arabia’s hands.

ColumnBy Hüseyin Alptekin
oil sanctions against Iran, which is essential as Iran is a major energy source for Turkey.

Deliberate Misunderstandings Regarding the Republican Character of Turkey

ColumnBy M. Erkut Ayvaz
Thus, it’s not surprising that Kemalist circles ignore the fact that, for instance, Iran is also a republic, while there is currently no actual democracy there, and that the U.

OpinionBy Kyle Orton
Turkey was drawn into the “Astana process” with Russia and Iran at the end of 2016.

PoliticsBy Murat Yeşiltaş
While the media and some of high profile Republicans and Democrats frame the Khashoggi case within the context of American universal values, the Trump administration determined its strategy in line with its arms deal with Saudi Arabia, the containment strategy of Iran, the fragile balance of power in the Gulf region, and the U.

ColumnBy Hüseyin Alptekin
While Turkey’s position was quite expectable as it is against any kind of de facto secession in the region, Iran used its close ties with the Patriotic Union of Kurdistan (PUK) and created a split in the pro-independence regional position of Iraqi Kurdistan.

ColumnBy Kadir Üstün
ended its ambiguity by announcing an open-ended presence in Syria declaring a mission to limit Iranian influence in Syria as part of a broader strategy to confront Iran in the region.

No Meddling in Iraqi Politics: Turkey’s Spot is on the PKK

ColumnBy Hüseyin Alptekin
And this is the part where Iran steps in.

NewsBy Politics Today
While party to the Astana process, in which Iran and Russia are also guarantor states, recently Ankara and Moscow reached an agreement on the Idlib issue.

ColumnBy Kadir Üstün
On issues that he cared about the most, the Iran nuclear issue and climate change, President Obama worked hard to build international consensus through multilateral institutions in the international system.

NewsBy Politics Today
After having waged several trade wars spanning the globe with several skirmishes including China, Canada, Iran, Mexico, the EU & Turkey several of which were devised to score points at home and play into his voter’s expectations -such as fulfilling the demands of his evangelist supporters who were influential in the tariffs imposed to Turkey over Pastor Brunson’s detainment in Turkey- Trump hasn’t been able to loot what he was expecting locally but instead his ill-advised decisions are taking a toll on US economy.

ColumnBy Hüseyin Alptekin
Especially Iran seemed to be less proactive towards the final decision of Monday.

ColumnBy Kadir Üstün
Turkey has been lobbying Russia and Iran to prevent the Assad regime from committing more war crimes and creating yet another humanitarian disaster.

ColumnBy Hüseyin Alptekin
fter last Friday’s tripartite summit of Iran, Russia, and Turkey in Tehran, there was another meeting this Friday, bringing Turkey, Russia, France, and Germany together in Istanbul.