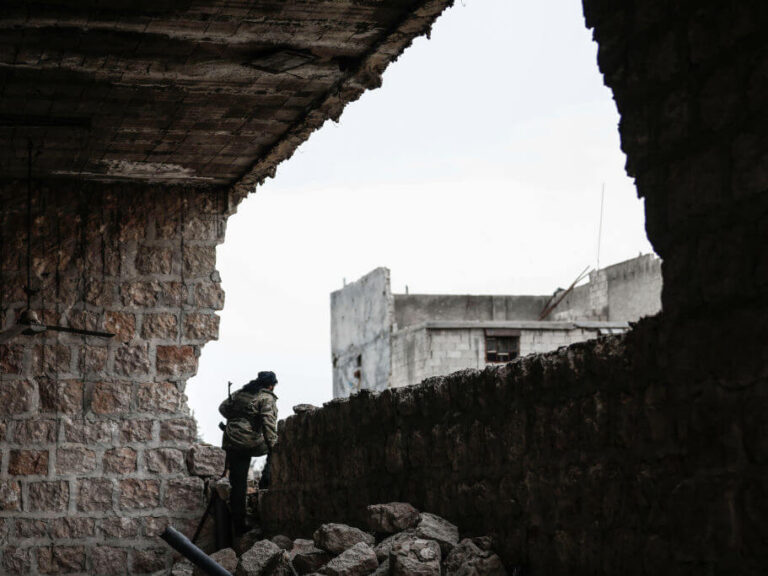 OpinionBy Navvar Saban
On the other hand, Iran and the regime want to invest military escalation to sabotage the Turkish-Russian understandings.

OpinionBy Nursin Atesoglu Guney
to increase its presence in the region: The first of these has been the Astana cooperation process between Iran, Turkey and Russia concerning Syria.

ColumnBy Ismail Numan Telci
First of all, Turkey is a giant energy importer state and is dependent on other countries such as Russia and Iran in order to fulfill its energy needs.

OpinionBy Bilal Salaymeh
Backed by Russian Air Forces and associated by Iran’s paramilitary groups on the ground, the Assad regime started to choke the opposition’s controlled pockets, and apply its policy of forced migration.

OpinionBy Ismail Numan Telci
As the international community showed discontent to Trump’s recent designation of the Iranian Revolutionary Guard Corps as a terrorist organization, a similar decision about the Muslim Brotherhood will also face criticism and create repercussions for the U.

NewsBy Selahattin Emre Celebi
First, the nuclear agreement was signed with Iran and then a U.

OpinionBy Adam Garrie
Under Erdoğan, relations with neighbouring Iran and nearby Russia improved greatly in spite of external actors attempting to prevent both whilst under Erdoğan, Turkey signed up to the international game changing Belt and Road initiative which was introduced by China in 2013.

OpinionBy Ivan Starodubtsev
Russia was an active participant in the process of concluding a nuclear deal with Iran, despite the fact that from an Israeli point of view, Iran is a direct threat to the existence of the Jewish state.

OpinionBy Elif Erşen
The project mainly aims to safeguard Israeli interests in the region and form an anti-Iran alliance.

OpinionBy Selahattin Emre Celebi
A closer look at the actions of these three Arab regimes – Egypt, Saudi Arabia, and the UAE, forming a bloc in the region against Turkey, Qatar, and Iran – clearly indicates that these regimes not only contribute to anti-Muslim sentiment in the West, but that they are forming a strong alliance with Christian Zionists and Zionists under the seals of Trump and Netanyahu, at the expense of the interests of Muslims around the globe.

What’s Next For Israel After the Elections?

OpinionBy Muhammad Al-Zawawy
” The Trump administration gave precious gifts to Netanyahu, who thanked Trump’s “tremendous support” for Israel, including the Golan recognition, and his stance against the Iranian regime, including his decision to place the Iranian Revolutionary Guard Corps on America’s terrorist blacklist.

OpinionBy Ayşegül Gürbüz
Talk of the creation of a Syrian constitutional committee is the result of Turkish, Russian and Iranian efforts via the Astana process to help move the conflict towards a political solution.

OpinionBy Giorgio Cafiero
In March 2018, the month when Turkey’s military brought an end to the YPG’s control of Afrin, Saudi Arabia’s Crown Prince Mohammed bin Salman (MbS) was meeting with Egypt’s leadership in Cairo, where he issued a statement claiming that Turkey, Iran, and other groups such as the Muslim Brotherhood made up a “triangle of evil” in the Middle East.

What Awaits Venezuela: A Military Coup or a Civil War?

OpinionBy Süleyman Güder
Undoubtedly, this is not a new tactic as it was used in Africa before and is still being employed in countries like Iran, North Korea, and Russia.

The Unspoken Syrian Tribes in the Syrian Civil War