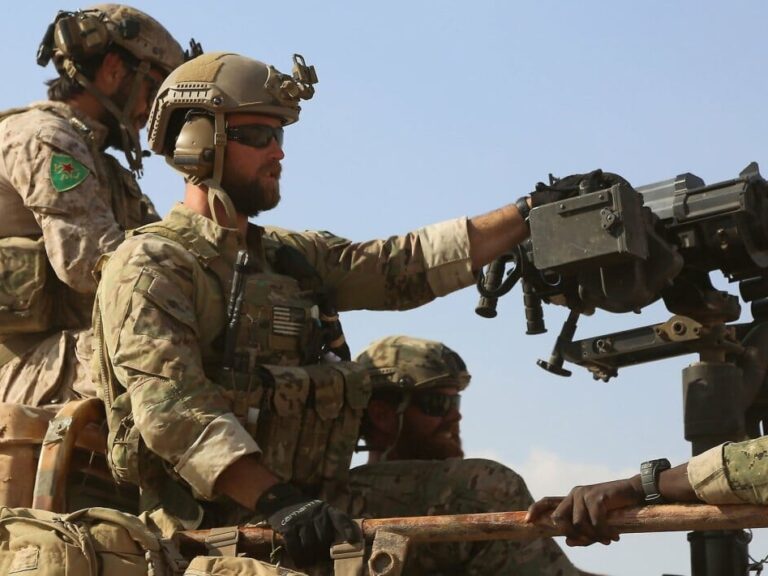 FinanceBy Necdet Özçelik
In 2015, the US Special Forces affiliated with the YPG – the Syrian branch of the PKK – in Syria and prompted a major terror threat against Turkey.

FinanceBy Bünyamin Keskin
ounded by the PKK terrorist organization in 2003, PYD developed into a critical actor in Syria after 2011.

FinanceBy Nursin Atesoglu Guney
Deputy Secretary of State Antony Blinken paid a visit to Ankara where the two sides discussed the ongoing efforts to defeat DAESH and to resolve the Syrian crisis through diplomacy.

FinanceBy Kemal İnat
he Geneva Talks held in order to find a diplomatic solution to the Syria problem failed as expected and attention is now turned again towards the front where the violence had never stopped during the talks.

FinanceBy Issam Chehadat
he Syrian crisis is in its fifth year and there is still no workable solution in sight.

WorldBy Şener Aktürk
he shooting down of a Russian bomber aircraft by the Turkish Air Force in November 24, 2015 near the Syrian border represents the nadir of Turkish-Russian relations since the turn of the 21st century.

TurkeyBy Murat Aslan
James Jeffrey, (former) the United States Special Representative for Syria Engagement and Special Envoy to the Global Coalition to Defeat ISIS, had ‘once’ tried hard to legitimize the PYD and persuade Turkey to tolerate its presence in Northern Syria.

WorldBy Omar Munassar
On October 17, 1973, Saudi Arabia joined the Organization of Arab Petroleum Exporting Countries (OAPEC) in imposing an oil embargo on all countries that supported Israel in the 1973 war against Egypt and Syria.

TurkeyBy Bilal Bagis
The relatively immense demand due to the young population, external demand, and recent migration waves (from Ukraine-Russia, Syria, and East Asia) juxtaposed to the weak and insufficient supply have led to a demand surplus that puts an upward pressure on house prices.

Middle EastBy Ibrahim Karatas
lthough it is still unclear whether Turkey will launch another military operation against the PKK/YPG in Syria, the country has already been carrying out ad hoc military operations that have killed 2,000 terrorists between January and July 2022.

WorldBy Ayan Mohamed Ali
Truss has regularly supported the employment of British military personnel in combat operations abroad during her time as a member of parliament, including voting for military action against Daesh in Syria.

SecurityBy Bilgehan Ozturk
Read: Turkey's Likely New Syria Operation: Why Now? Russia Agreed Because of the Global South The global reach of the war in Ukraine in the form of an acute food crisis is one of the main reasons of Moscow’s acquiescence to the deal, which was obviously a prerequisite for its materialization, so much so that without Russian compliance no such deal would even be possible.

WorldBy Mustafa Caner
Following the Astana Talks format, a meeting on Syria was also held on the same day with the participation of Russian President Putin and Iranian President Raisi.

TurkeyBy Belkıs Kılıckaya
And second, even though CHP leader Kılıçdaroğlu uses similar expressions as Orbán and Marine Le Pen regarding refugees, he refers to them as "my brothers"! For example, in response to the possibility of the migration of approximately 1 million Syrians gathered in Idlib in 2021, fleeing the attacks of the Syrian regime advancing with the support of Russia, he stated, “All of my brothers from Idlib are bloody people, they are members of the terrorist organization,” i.

SecurityBy Arda Mevlutoglu
In June 2021, Kinzhal-equipped MiG-31K fighters were seen at the Hmeimim Air Base in Syria, while participating in exercises in the Eastern Mediterranean.

OpinionBy Yunus Mazı
The Greens repeatedly made it clear that Turkish military operations in Northern Syria should be sanctioned.