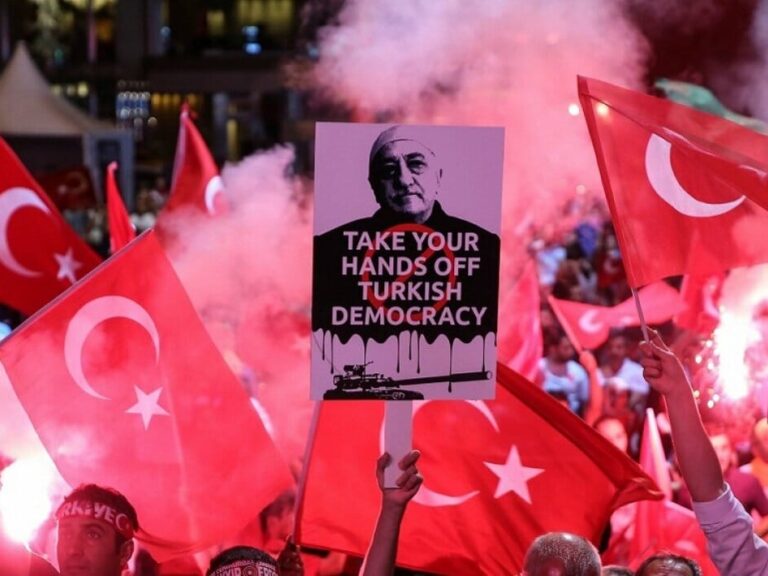 A New Challenge for Turkey – US Relations: Gülen’s Extradition

FinanceBy Veysel Kurt
Although US president Barack Obama identified Turkey-US relations in 2008 as representative of a “model partnership”, the tension between the two countries is significant, at present, mostly due to the Syrian crises but particularly because of the US discourse on and policies towards the PYD, the PKK’s Syria branch.

FinanceBy Necdet Özçelik
In the larger, regional dimension, Turkey should reinforce its relations with local actors in Syria and Iraq.

FinanceBy Murat Yeşiltaş
In this context, the Diyarbakir attack of June 5, 2015, and the Suruc attack of July 20, 2015, were attempts to carry the Syrian ISIS-YPG conflict to Turkey.

FinanceBy Beril Dedeoğlu
The “others” for the EU are Turkey, the Syrian refugees, Middle Eastern people or Muslims in general.

InterviewBy Faruk Yaslicimen
And coming to our last question, what is your prospect for future where the position of “oppositional” German media is in sharp contrast to Turkish government or critical and revisionist outlook is predominating? It depends on certain issues like the outcome of the Syrian refugee crises or the handling of the EU-Turkish accord.

FinanceBy Farhad Rezaei
They have confronted each other in Iraq, Bahrain, Lebanon, Yemen, and now in Syria where they have been engaged in proxy battles for many years.

FinanceBy Ahmet Yıldız
Therefore, the argument that the rebuilding project for Sur envisions a change to its demographic structure by allowing and encouraging non-Kurds, especially Arabs, (possibly Syrian emigrants) politically unsympathetic to Kurdish nationalists  to occupy the district has no relevance whatsoever.

FinanceBy Necdet Özçelik
The unique geographical location of Nusaybin, on the border with Syria, led to a high transitivity of the PKK members between Syria and Turkey.

FinanceBy Beril Dedeoğlu
The Problem's Background The visa issue has been put back on the table because of the migrant crisis that erupted as a side effect of the Syrian Civil War.

FinanceBy Farhad Rezaei
Against the background of such friendly exchanges between the two neighbors, however, relations have been strained due to the fact that both countries have been at odds on a number of issues in the Middle East, namely Iran's support for the Syrian dictator Bashar al-Assad, Iran’s only ally in the Middle East, who could seriously endanger Turkey’s influence in the region.

PoliticsBy Murat Yeşiltaş
The PKK’s perspective, here, always advertises the argument that ‘the ethnic movement is targeted as a whole’ in relation to the regional-scale fracture caused by the Syrian crisis.

FinanceBy Berdal Aral
Eventually, the newly created Iraq and Jordan, alongside Palestine were put under British rule, whereas Syria and the newly created Lebanon (and parts of southern Anatolia) were given to the French.

OpinionBy Muhittin Ataman
For instance, the US and Russia initiated a secret negotiation process to try to manage the Syrian Crisis by excluding related regional states such as Iran, Turkey and Saudi Arabia.

FinanceBy Talha Köse
Syria, Iraq, Lebanon and Yemen seem to be failed projects in terms of state-making and maintenance, as the mismatches between the social fabrics and the political structures of these political entities has generated deep grievances over the century.

FinanceBy Ismail Numan Telci
Riyadh is one of Turkey’s most important allies in some of Ankara’s foreign policy actions, particularly in Syria and Iraq, and more broadly in its competition with Iran.

FinanceBy Serhan Afacan
The country seemed to many a monolithic body which, say, pursued harmonious policies to preserve its strongholds in Iraq or Syria or conducted painstaking talks over its nuclear question.

[Do not delete, instead of keep its visibility private!] Sample post which has all available components

NewsBy Politics Today
Since then, the situation in Idlib has relatively calmed down and the joint Syrian-Turkish military operation against the YPG has redirected the focus of the world to northeast Syria.