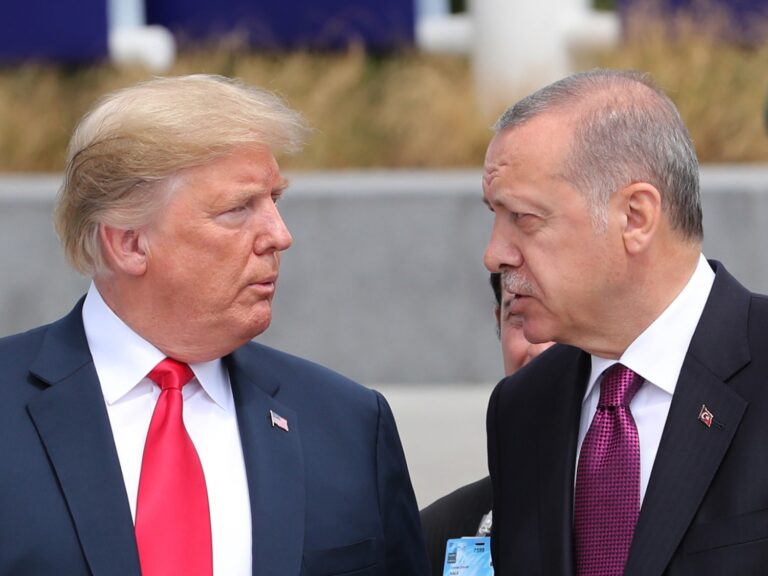 OpinionBy Adam McConnel
Concurrently, developments in northern Syria seem to be heading in the right direction, i.

What was Offered to Ankara in Moscow?

ColumnBy Murat Yeşiltaş
urkish President Erdogan and Russian President Putin’s meeting on Wednesday was a timely opportunity to answer many questions regarding the near future of the Syrian conflict.

OpinionBy Yusuf Özkır
Under Putin’s leadership, Russia started taking some concrete steps in line with a hegemonic policy through its military power outside the country, the most explicit examples of which can be seen in the cases of Syria and Ukraine.

ColumnBy Mevlüt Tatlıyer
At this point I should underscore that for years Turkey has been a safe haven not just to Syrian Arabs and Turkmens -and other ethnicities-, but also hundreds of thousands of Syrian Kurds, who fled the brutal Syrian regime and terrorist organizations such as the YPG, the PKK’s Syrian wing, which Trump and major international media outlets are outrageously happy to equate with Kurdish-ness.

ColumnBy M. Erkut Ayvaz
, Turkey is preparing for a strike against the PKK’s Syria branch, known as the PYD/YPG.

Another Bumpy Week in US-Turkey Relations

ColumnBy Kadir Üstün
Bolton had remarked that Turkey must “meet the president's requirement that the Syrian opposition forces that have fought with us are not endangered.

ColumnBy Ismail Numan Telci
This is clearly the case in the US policy toward Syria as well.

OpinionBy Ömer Özkizilcik
This demilitarized zone had to be cleared of radical elements such as Hayat Tahrir al-Sham and heavy weapons of the Syrian opposition factions.

Erdogan in the NYT: Turkey is the only Viable Partner for the US

ColumnBy Hüseyin Alptekin
urkish President Recep Tayyip Erdogan wrote an op-ed for The New York Times, outlining Turkey’s Syria strategy, what it has aimed and achieved so far, and what it can do more.

InterviewBy Ayşegül Gürbüz
As the Syrian crisis is extremely profound, it created an operational burden for us and we had to change our plans and activities in consideration of this.

OpinionBy Mohammad Dawood Sofi
The emergence of Daesh and other similar groups in Syria, Iraq, Libya, and Yemen, and their engagement in violent activities compelled the people to change their approach and attitude towards these groups.

ColumnBy Hüseyin Alptekin
decision to pull out of Syria and stop supporting the PKK’s Syrian offshoot PYD, it seems like 2019 will have better news for Turkey with a prospective of wiping the PKK off its boundaries altogether.

ColumnBy Ismail Numan Telci
withdrawal from Syria, and Trump's recognition of Jerusalem as the capital of Israel are among the events that will have their effects on the Middle East in 2019.

Military activity has started in Manbij after US withdrawal

NewsBy Politics Today
ews agencies reported yesterday that the Syrian regime is dispatching forces and equipment to the village of Arimah, 25 km west of Manbij.

The longest government shutdown occurred under President Bill Clinton and this had costed the government billions of dollars. A government…